Katie Jain
and
February 23, 2020
in
Representation
Courtesy of Metro 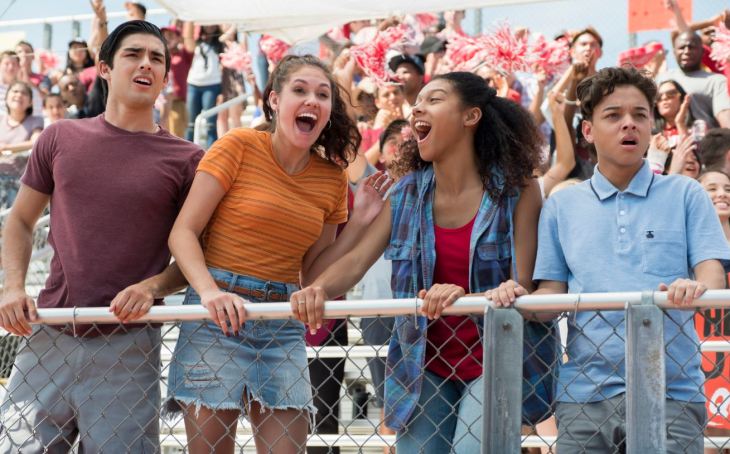 A burka is defined by the Merriam-Webster Dictionary as, “a loose enveloping garment that covers the face and body and is worn in public by certain Muslim women.” Perhaps the writers of the Netflix dramedy, On My Block, should have read this before casting the burka as a symbol of misogyny. Perhaps, they should have done any research into the concept whatsoever before acting as if a burka is something Muslim women must be “freed from”. From a superficial perspective, this show is everything we need: a unique perspective, incredibly hilarious, and empowering in the way some of its issues were addressed. But upon closer inspection, serious problems come to light that cannot be ignored.

If you have not seen the show, this is the offending quote: “By staying home, it’s like they’re putting us in emotional burkas, giving us no choice…I get it. We need to shed the burkas and flaunt the boobs…Our body our choice.” While the concept of being able to control your own body is a positive one, the idea that wearing a burka restricts this ability is appalling for so many reasons. The burka is worn as a symbol for a woman’s devotion to Islam. And, in most cases, it is a choice they make. A choice founded in religion and one that should not be undermined. Not on TV, not ever. Women can “flaunt their boobs” if they choose to, or they can choose not to, but it is the choice that counts, and to say anything less is confines women to the same roles they have been trying to escape for centuries. Islam is no more misogynistic or sexist than any other religion, and yet shows such as On My Block believe they have a right to target it, believe they have a right to undermine the choices of millions of Muslim women across the world. The viewpoint that Islam is oppressive towards women is ignorant, bigoted, and most of all detrimental to Muslim women across the globe. Stop assuming that just because a woman wears a burka or a hijab or niqab or chador or a dupatta, she is weak or a victim, that she is owned and cannot stand up for herself. It is offensive and wrong.

Unsurprisingly, this controversy is not the only issue with On My Block. Actress Ronni Hawk who plays a Latina girl is not Latinx herself. She is playing a character who has struggled the struggle of a Latinx person, has fought the fight of a Latinx person, pretending she understands or can commiserate with them at all. By casting her, the show is erasing her ethnic background and race, an integral part of the character’s identity. It is taking away a role a Latinx person could have played and eliminating representation in a line of work that sincerely needs it. This action could even be considered racist due to the belief that a white person could play the role of a Latina better than any Latinx person could. To add salt to the wound, not only is the actress white, but she is also a supporter of Trump’s policy—including the building of “the wall.” While supporting Trump might not necessarily be an inherently derogatory position to take, she is playing someone whose parents were deported. By Trump. This is horrible on so many levels; instead of an actress that can relate to this struggle, the role was given to someone who supports its infliction.

The intentions of On My Block were good. It was created to give another perspective of "the Hood," to accurately represent a group of minorities that have for so long been misrepresented. But the way it was done, the mistakes that were made, were too extreme to be disregarded. To contradict your point so blatantly in these two racist regards shows a certain amount of apathy towards the cause. It shows how shallow this concept truly went to the writers and producers. If you are trying to combat racism, stereotypes, misrepresentation, do not have offensive lines embedded into the script. Do not hire white actors to play Latinx roles. It is a display of ignorance and neglect, and one that should not be supported.