What my old-fashioned neighbor taught me about diversity 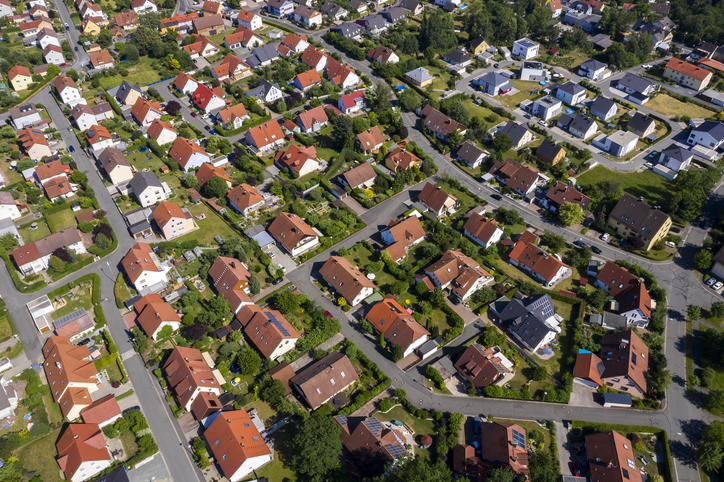 As my sister and I walked the hall in our apartment building after school, our mother whispered, “That’s our new neighbor.” Between us and our front door were two elderly white women. A lady with a purple shirt, purple eyeshadow, and a subtle bouffant, standing next to a shorter lady, with a pixie cut holding a breathing machine. That was our neighbor.

Over the past year, my family has grown closer to her. She’s opened her home to us, introduced us to her family, taken us out to eat multiple times, and even given me a couple driving lessons in her car. All I knew about her was that she was a matriarch, a great-grandmother, and a sweet neighbor who insisted that we call her “Grandma.” It was easy to love Grandma, as a two-dimensional neighbor. But as our relationship grew, so did our knowledge of each other.

One day, she took my sister and I out to buy us her favorite cookies from her favorite grocery store. As we were settling in the car to go home, a woman wearing a black abaya with two boys walked across the windshield. As I watched her, my heart softened because of her undeniable strength for withstanding the Texan sun for the sake of God. Of course I didn’t know what was in her heart, but I found it admirable nonetheless. As I looked at the stranger with admiration, Grandma looked at her with aversion.

In all honesty, the lady filled her abaya well and that wasn’t the case at all. However, that was beside the point. I was shocked she said that. My mind was spinning at a hundred miles a minute. She knew our family was Muslim. If I had been wearing a khimar and an abaya, would she think that of me? Did she really just say that? Did my kid sister hear her? If she did, would she lose her confidence in the abaya and in our neighbor? I looked like a cartoon: my mouth slightly agape and my eyebrows raised as I stare at her in amazement.

By that single sentence, she became more than the sweet, old Grandma who baked us cakes and cookies. She continued, “It’s America, she should dress like us.” Further shock. She went on to explain that her sister was in the military, and when she was deployed to a Muslim country, she was forced to wear the abaya. So, when that stranger came to “our country”, she should adapt similarly.

What I heard was that America was a country that belonged only to those who were born here or immigrants who are forced to give up their native culture to imitate them. As I listened, I imagined a world in which immigrants would “adapt” to the American way of life today, by her definition. All I saw was homogeny. There’s a huge issue in just having all people dress the same. It implies that one would only treat others with dignity if they are the same as them, when in reality, that wouldn’t be the case. In a world where our beliefs are left at the front doorstep, we’d only be two-dimensional characters, and if that means that everyone gets along in a superficial manner, it also means that we’re not willing to accept or love each other’s differences. While I do understand the image Grandma has of the Muslim country her sister lived in is, that’s not America.

I replied, “Well, she’s free to wear what she wants here, maybe that’s part of the reason she came.” I couldn’t convince her, and I knew it. I felt, in that moment, true disdain in my heart for her having said that.  The most vile feeling. But I recognized this country has too much of that already; I had to let it go. Above that, this moments’ disdain shouldn’t overpower the feelings of gratitude and love that grew over the year. So, I decided to forgive her; even though she thought she did nothing wrong, even though she didn’t ask for it.

As she drove us home, all I could think about was whether or not I should inform my mom of this. After taking into account the result of both possibilities, I realized that if I could spare her the horrid feelings I had just experienced, that was the right thing to do.

It’s easy to let that disdain fester in our hearts - especially when it's directed towards a persona on social media or television. In real life, I try to analyze and understand the metaphysics behind behavior. It’s fair to say that I’ve been hypercritical of America (thoughts which I keep to myself), but in that moment, I saw the flaws of other countries. Beyond that, I felt appreciation for the country that America is. The country that offered refuge to the persecuted, promised freedom to Quakers, gave land to their sisters. It’s strange to think that moment is what made me feel a type of patriotism I’ve never known. This is America too; simultaneously, she was revealing herself to me and I grew closer to her.

On July 3, Grandma took us out for ice cream. On the ride home, we stopped at a red light and out of nowhere, she commented that she doesn’t understand why people are bashing statues of Confederate soldiers. I didn’t know what to say, or if I should even say anything for that matter. She told us that her forefathers belonged to the Confederacy and were good to their Black neighbors whom they shared meat and crops with. She insisted that her ancestors were not racist.

“Belonging to the Confederacy doesn’t make one a bad person.” she further asserted.

To my knowledge, I’ve never met anyone who has publicly associated with the Confederacy. Hearing her story broadened my knowledge of Confederacy members of the past. The story she told me was real, just as real as the facts I learned in history class. Yet, as much as I appreciated it, the fact of the matter is that the Confederacy fought to keep slavery. Even if the particular sentiments of her forefathers were different, that key fact remains. Would we even be neighbors if the Confederacy won?

I felt obligated to explain the reason behind the protests against Confederacy statues, but I wasn’t confident that she would take what I said to heart. Additionally, I - as a first generation immigrant from Africa - can’t gift empathy to her the same way she did me. It might be unfair to put that on her, but I reached for any excuse to stay quiet. Perhaps, for no greater reason than to maintain the peace between her and our family.

By now, I’m starting to become weary of rides with Grandma. Yet, from her, I learned the value of stories, and how diversity in the people I associate with will help me grow. Maybe there’s so much division in our country because there’s a pledge of loyalty to ideas, rather than people. Disassociating with those of opposing political affiliations minimizes the space for empathy and fuels the negative stigma already being propelled.

What if lines were erased?

Empathy in the Age of Media: Negative News and Desensitization