This was the first deadly military skirmish between the two neighboring nations in 45 years, suggesting a severe shift in the regional powers. 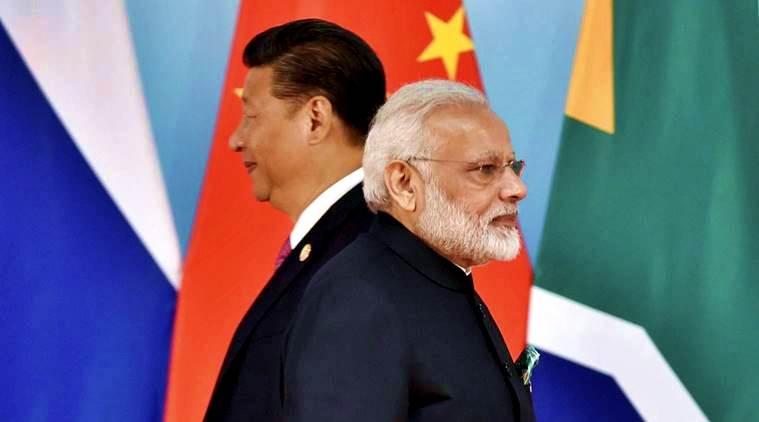 On Monday, June 15, 2020, violence broke out on the Tibetian plateau along the freezing Galwan river, lasting from the afternoon until midnight. Armed with stones, iron rods, and barbed wire-laced bamboo poles, Chinese and Indian soldiers engaged in a conflict that resulted in the deaths of 20 Indian soldiers and an alleged (denied by the Chinese government) 45-50 Chinese soldiers. This was the first deadly military skirmish between the two neighboring nations in 45 years, suggesting a severe shift in the regional powers.

How did we get here?

Back in 1962, the two nations disputed over Aksin Chin, the northeastern corner of Kashmir,. This dispute ultimately caused the short Sino-Indian War between Mao Zedong’s China and Sarvepalli Radhakrishnan’s India. The result was a humiliating defeat for India and the continuation of the precedent that China would keep India in check by utilizing its tremendous military edge.

Dealt a tough hand of cards, New Delhi has maintained relatively peaceful relations with Beijing, with the recent 20 military casualties being its largest death toll relating to China since 1967. In fact, India’s Prime Minister Rajiv Gandhi visited China to improve relations in 1988. This paved a path for Narasimha Rao, Gandhi’s successor, to sign a peace treaty with Beijing in 1993, ensconcing the Line of Actual Control (LAC) as the basis for peace along the Sino-Indian border.

Since then, the asymmetry between China and India has grown dramatically in terms of per capita income, military/civil infrastructures, and science and technology, demoralizing India’s political elites and fervent nationalist middle class. However, these disadvantages never halted the Indian government from holding neighboring countries accountable for border violations.

In June 2017, Indian troops entered a territory disputed by China and Bhutan while identifying itself as a treaty ally of the latter. The situation resolved on both sides withdrawing. In December of that year, India’s home minister, Amit Shah, declared to parliament that Ladakh, a union territory of the former state of Jammu and Kashmir, would become an integral part of India. Knowing full well that Ladakh contains the Chinese-occupied Aksin Chin where the 1962 war took place, Shah asserted, “We will give our lives for it.” And that’s what they did on June 15 of this year.

In response to the loss of life, Prime Minister Narendra Modi took to television and delivered a speech in which he assured the public that Indian soldiers didn’t die in vain but also sought to pacify the domestic rage by allowing massive protests that antagonized the Chinese government. Modi said that while India seeks peace, it is also capable of delivering a fitting response if provoked.

After discussions between top regional commanders, Chinese foreign ministry spokesman Zhao Lijian noted that both sides have “agreed to take necessary measures to promote a cooling of the situation." He also stated that it was of mutual interest for India and China to “deal with their disagreement, manage the situation and de-escalate the situation through dialogue and consultations.”

It is now in the interests of both China and India to de-escalate tensions, especially for China—Beijing is currently locked in diplomatic conflicts with the United States, Australia, Taiwan, and Hongkong. Some analysts even assert that this border clash will push New Delhi to closer ties with Washington. Amidst a pandemic and economic downfall that has crippled the entire world, it is certainly best to avoid war.

As we step forward into the future, conflicts don’t have to be resolved with fists or bullets. Negotiations and diplomacy are always paths for acceptance and peace, especially between neighbors. In a time when humanity fights one war in this pandemic, it certainly doesn’t need another.

“Peace cannot be kept by force; it can only be achieved by understanding.” - Martin Luther King