The similarities between her and the other female Marvel characters are vast—they are strong, they have love interests, they have dark pasts—however, WandaVision accomplished what past MCU productions couldn’t: it made Wanda feel authentic

Liv Hodgson
and
April 2, 2021
in
Representation
Courtesy of Deadline 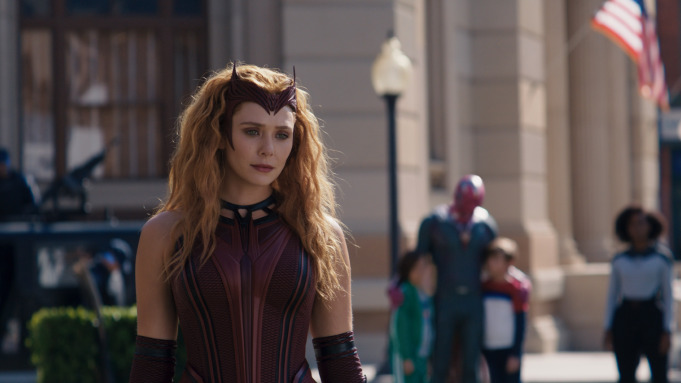 Superheroes have been present in storytelling since ancient civilizations, where the first recorded stories were often epic tales of heroism triumphing against magical beings, angry gods, or monsters. Since these not-so humble beginnings, the world of superheroes has always been one of the most male-dominated sectors of entertainment. How many strong, smart, courageous male characters have swooped in to save the civilians from the villain? More than anyone can count. The “superhero” tale has been reinvented countless times, but it has found a secure home in film, with a permanent residence at Marvel Studios. Marvel Studios has been dominating the box office ever since the release of Iron Man in 2008. Since then, twenty-three films have been released in what is known as “The Marvel Cinematic Universe” (or MCU). This cinematically groundbreaking concept strings together all of its films—covering many of the well-known superheroes who originated in Marvel Comics—and connects them through various storylines. Essentially, every story and every character exist within the same universe, much like our own. These films contain compelling storylines alongside stunning visual effects and have no shortage of attractive actors portraying the many superheroes collectively known as “the Avengers.” Despite its success and popularity, the studio has been rightfully criticized for its portrayal and development of female characters. However, their latest production, a Disney+ limited series entitled WandaVision, may be changing that.

The Marvel films don’t lack for great characters. From the genius, arrogant billionaire Tony Stark (Iron Man), to the God of Thunder himself (Thor), the films cover almost every type of heroic protagonist, alongside a great collection of antagonists. However, it is shockingly apparent from the first film at how often the female characters are cast to the side, used as plot devices, or just lack depth. In the beginning of the MCU, almost all the male characters have love interests that all work in a very similar way—damsels in distress that are there solely for the male superhero’s personal development. Tony Stark has Pepper Potts; Thor has Jane Foster; Steve Rogers has Peggy Carter. Natasha Romanoff, or Black Widow, is introduced in Iron Man 2 as a trained ex-KGB agent, and a member of the Avengers. Though her character is compelling and a far cry from “damsel in distress,” the films often struggled to give her a stable, consistent character arc. At first, she is an assassin with no other established emotional depth, other than sexualized badass in a half-zipped skin-tight leather jumpsuit. As they delve a bit into her backstory, we see her more vulnerable side, but the scenes in which we are witness to these qualities feel very inconsistent with what has already been established. She is then used as a love interest for multiple other male superheroes, as if they couldn’t have a woman in the mix without her sexuality being a main part of her story. While all of these features could be used to build up to a great, complex female character, the filmmakers simply failed to give her the same consistency that every other Avenger received. It felt as if they were forcing depth onto her, rather than naturally developing her like any good storyteller would, and this pattern was disappointingly repeated for almost every female character.

WandaVision entered the scene quietly with its first episode on January 15th, 2021, and by the end had garnered much deserved media and public attention. And this is because this show brilliantly crafted a story arc for its main character, Wanda Maximoff, which is unlike any scene before. Grieving the loss of the man she loves, Vision, Wanda accidentally uses her extensive powers to create an alternate reality, turning the town of Westview, New Jersey into the sitcoms of her childhood, where she and Vision can live happily together. The citizens of Westview are brainwashed, forced to portray various characters in the sitcom. Over the course of seven episodes, each reminiscent of different decades of sitcoms, the audience, as well as the scientists and officers studying the mysterious disappearance of this town, begin to understand what truly occurred and why. In a pivotal moment, newly introduced intelligence agent Monica Rambeau declares to everyone that “It’s Wanda. It’s all Wanda.”

This isn’t a typical story of a hero defeating a villain, nor is it the story of a villain with bad intentions. Instead, it is one of the most human stories we know—grief. Wanda is a woman who has lost everyone she has ever loved: her parents, her brother, and now Vision. Her childhood was stolen from her after the traumatic bombing that killed her parents and the experiments that developed her psionic abilities. She is a woman who has been abused, who has suffered, and who has been used for her powers, and she finally snaps. The similarities between her and the female characters such as Natasha are vast—they are strong, they have love interests, they have dark pasts—however, WandaVision accomplished what past MCU productions couldn’t: it made Wanda feel authentic. She isn’t used for her sexuality; rather, she truly experiences love. Her strength comes from a genuine place of anger, of sadness, and of natural ability all layered together, which is exactly how strength manifests itself in real people. Rather than being a typical action packed film, WandaVision manages to capture the essence of human experience in the specific way it displays grief. Despite her supernatural abilities, Wanda is one of the most relatable, and understandable characters there are. We all know someone who has been burdened by pain in a similar way, and perhaps we even see ourselves in her. By the end of the show, the story arc feels satisfyingly complete, while still leaving room to be intrigued for her further development in future MCU productions.

Even outside of Marvel Studios, WandaVision contained some of the best character exploration in any TV show from the last few years. Women in all genres have too often been portrayed as two-dimensional, or one-note. It is incredibly refreshing to not only see a female superhero, but to see one who feels so completely like a reflection of real life women. We can only hope and pray that Marvel will continue telling real female stories through the lens of the heroes we love to admire, and in the universe we love to escape to.