Varshini Sathiyaseelan
and
June 13, 2021
in
Activism
Courtesy of Giving Compass 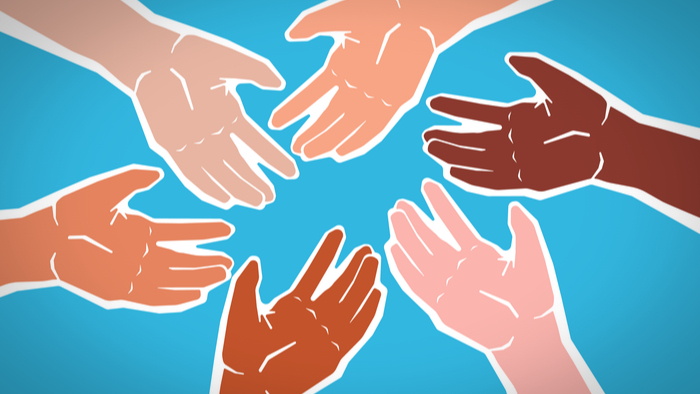 Mutual aid is a form of solidarity-based support, where communities unite against a common struggle, rather than leaving individuals to fend for themselves. Often, mutual aid is referred to as “Solidarity, Not Charity” in recent times. It is different from charity, which features a one-way relationship between an organization and recipients, and often responds to the effects of inequality but not its causes. Mutual aid instead operates under the notion that everyone has something to contribute, and everyone has something they need.

People have always devoted themselves to helping strangers throughout history wherever disaster struck or relief work was in demand. From meal deliveries to sewing masks, childcare to legal aid, mutual aid has only accelerated further during the current pandemic. It is not rare to chance upon stories or to witness real-life instances of neighbors and Samaritans, offering their skills, volunteering their time and joining together in solidarity to support one another.

While this pandemic may be the first time for many to engage in mutual aid works, it is worth learning the rich history and legacy of communities benefiting from and demonstrating mutual aid through history.

The term “mutual aid” comes from 19th-century anarchist Peter Kropotkin, who formulated the theory after going to the Siberian wilderness. “In the long run, the practice of solidarity proves much more advantageous to the species than the development of individuals endowed with predatory inclinations.” he wrote in his 1902 essay collection, Mutual Aid: A Factor of Evolution

Throughout American history, wherever poor, marginalized communities existed, so did mutual-aid networks. More notably, mutual aid has been a mainstay in communities, especially those failed by our systems of power — coming together to help each other survive, and thrive. In the 19th and 20th centuries, fraternal societies within the labor movement, run by the poor and working class, provided access to healthcare and life insurance to people across the country. The Black Panther Party also organized a number of mutual-aid efforts in the 1960s, the most famous being its free-breakfast program, providing meals to nearly 20,000 children.

Mutual aid has also been prevalent outside America. It was an essential feature of working-class life in Britain during the nineteenth and early-twentieth centuries, and it manifested itself during periods of both individual and collective crisis. Mutual aid organizations were prevalent and have existed in the forms of unions, 19th century Friendly Societies, medieval craft guilds, and pre-New Deal American fraternities that provided members health, life, and funeral benefits.

Looking at current times, the Covid-19 pandemic has exacerbated problems that have been lurking around for decades. Weak and paltry benefit infrastructures, failing healthcare systems, and the inequalities that meddle with access to food and shelter have only become more pronounced as the pandemic continues to stay around for longer than expected. Many mutual-aid groups that cropped up in response to the pandemic started via virtual platforms, in which people came together to discuss how to support each other within the neighborhood. The Allston-Brighton Mutual Aid group, formed early on during the pandemic, works to collect and distribute food and money to those who come to them looking for assistance. The organization is part of a larger mutual aid movement that has grown in the Boston area and across the country over 2020. Similar groups have also appeared in the Somerville-Medford area, Dorchester, Mission Hill, Cambridge and other communities to address the needs of those who are unable to access government or charity assistance.

Mutual aid is a trend accelerated by the pandemic. It forms a more permanent alliance between people united against a common struggle. Especially now, mutual aid comes in myriad forms. Bed-Stuy Strong in Brooklyn, has been cleaning neighborhoods and posting flyers. During the Black Lives Matters demonstrations, various mutual aid organizations stepped up to provide snacks and supplies to protesters. In addition, the grassroots collective, The Okra Project created emergency mutual-aid funds to help Black trans people pay for therapy sessions with licensed Black therapists.

Given the current circumstances, it is never too late to get involved in meaningful efforts like mutual aid. There are many options and opportunities available on social media as to where and how one can channel their skills and assistance in doing some good through mutual aid. Another option would be to embark on a self-initiated mutual-aid network to respond to unmet needs. In response to the pandemic, Representative Alexandria Ocasio-Cortez and Mariame Kaba from The Cut compiled an incredibly useful, comprehensive guide to mutual aid, including information on how to start a network for newbies and those who are willing to make a change in the life of their fellow community members.