Modern Voter Suppression and the Fight for Democracy

After the Supreme Court gutted a key provision of the Voting Rights Act in 2013, voter suppression has prevailed, disproportionately affecting minority voters

Isaiah Flores
and
October 24, 2020
in
Politics
Courtesy of The Atlantic 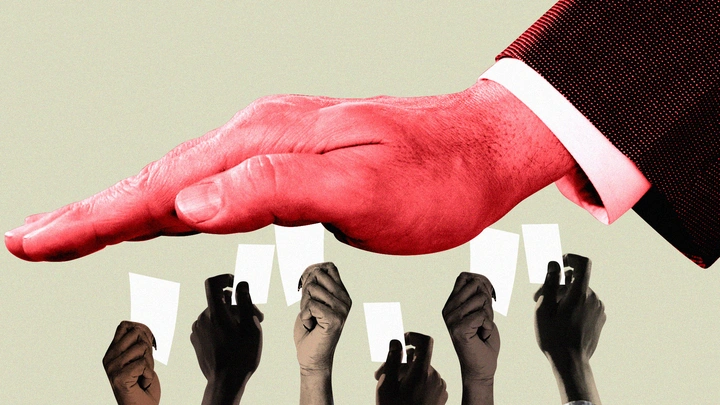 It was February 3rd, 1870. The United States was beginning to heal from its bloody civil war, which had ended just five years earlier. The 15th constitutional amendment was ratified on this day. An amendment so fundamental, some say it was just below the Emancipation Proclamation in historical significance for equality in the US. This amendment declared that voting rights could not be “denied or abridged by the United States or any state on account of race, color, or previous condition of servitude”- meaning that by constitutional law, African Americans could not be disenfranchised on the basis of their race or skin color.

But is it holding up as well as intended, 150 years later?

To understand modern voter suppression, we must first look to the past. Around the time of the passing of the 15th amendment, Southern states in the US had already begun to enforce specific qualifications- or rather, obstacles- that individuals needed to overcome in order to vote. These included literacy tests, poll taxes, and, infamously, the Grandfather clause.

Literacy tests and poll taxes disproportionately affected African Americans as the consequences of slavery left them uneducated and impoverished, which in turn prevented them from voting. The Grandfather clause, one of the most overt forms of voter suppression, only allowed individuals to vote if their grandfathers had voted before them. This was specifically damaging to African Americans as they were first-generation voters- only white people could have voted before them- thus, leading to a white-only voter base in the South.

While the legislation described above has been declared unconstitutional by the United States federal government, we are now seeing new voter suppression tactics, specifically designed to disenfranchise minority voter bases. These attacks on suffrage began to emerge directly after the Supreme Court gutted the Voting Rights Act of 1965, a landmark decision which allowed the federal government to oversee changes to election laws within individual states.

Why would states enact policies proven to disproportionately affect minorities? What benefit does voter suppression provide to the ones enforcing this legislation? The answer, of course, lies in politics.

African Americans and POCs are statistically more likely to vote for Democratic candidates, making them prime targets for voter suppression in Republican-held states. This political bias results in election outcomes being disproportionately skewed in favor of conservatives.

In a study conducted by Dr. Keith Chen of UCLA, data was taken from over 10 million American smartphones to assess the amount of time it takes for someone to vote. The study concluded that voters in majority-Black neighborhoods had to wait 29% longer to vote than voters in majority-white neighborhoods. This disparity between voting time directly influences overall voter turnout, further discouraging minority votes.

For many people, fighting voter suppression seems like a lost cause. After all, state governments make it extremely difficult for voting legislation to be overruled, as there are hundreds upon hundreds of legal loopholes and constitutional gaps. And without the federal government’s involvement in and oversight of new election laws, there will undoubtedly be more measures taken to inhibit minority votes in the future.

It’s important to remember that the majority of these cases are minor obstacles aimed at inciting frustration and annoyance with the polls. Your vote cannot be silenced. And if you get out there and vote for change, we can overcome this.

Remember this, above all else: if your vote wasn’t important, they wouldn't be trying to take it from you.