With mistreatment in prisons and in many cases no rehabilitation channels through which to reenter society, America has become home to the world's highest recidivism rates, turning people in prison into slaves for prison labor.

Zephyr Alkali
and
August 31, 2021
in
Justice
Courtesy of The New York Times 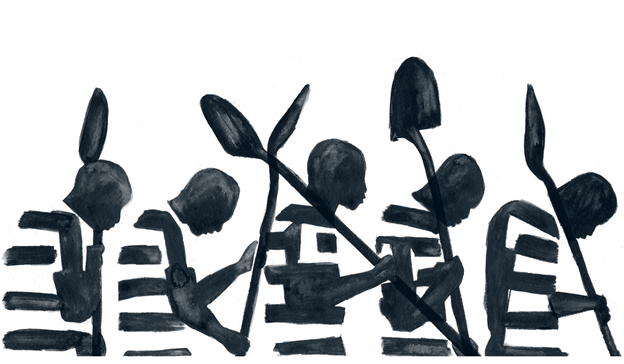 According to the Thirteenth Amendment, which is credited with outlawing slavery, slavery cannot be practiced “except as a punishment for crime whereof the party shall have been duly convicted”. It’s a sneaky loophole–a loophole that has been overlooked for far too long.

The answer can in part be traced back to the post-Civil War era of economic history and racial legislation designed to maintain control over newly freed black Americans. Minor offenses were criminalized in Southern states, arresting freed black men and forcing them to work when they could not pay the fines. This would disenfranchise black people across the South. They were further excluded from participation in the political system, such as court juries. Legalized segregation through Jim Crow Laws would further restrict racial minorities, maintaining their position in society as second-class.

Fast forward a few decades, and we see the foundation on which modern mass incarceration is built on. In the 1960s, companies looking to cut costs moved production out of big cities or automated away large portions of their workforce. Former employees were left jobless, primarily affecting the poor and marginalized. Middle class white people fled to the suburbs. Cities lost tax revenue and economic opportunities dried up; as urban poverty rose, so did crime. The funnelling of crack cocaine with the help of American foreign policy in the 1980s only worsened the situation.

What did American politicians do? They chose to lock up millions of people—the poor, the marginalized, and the mentally ill—because mass incarceration turned out to be cheaper than the wealth redistribution and investment a real solution would have required. Furthermore, this "solution" also played as an effective political tool. Middle class white voters terrified of rising  crime from increasingly non-white and poor cities provided a channel through which Republicans and Democrats could exploit racist and classist fears and win elections.

Even as crime rates began declining, prison populations kept increasing. Why? The entrance of private prison contractors says it all. They maintained their own economic incentives by criminalizing minor activities and lengthening sentences in order to keep prisons full, satisfying demand as arrests and sentences increased. Politicians and businessmen have allegedly had incentives to keep prisons full in rural areas. A full prison means a full workforce. A full workforce means more inmates to provide free labor.

With mistreatment in prisons and no rehabilitation or channels through which to reenter society, America has become the home of the highest recidivism rates, turning people in prison into slaves for prison labor.