The 27-year-old beat out 21 other contestants for the Miss Nevada title, notably being crowned as Pride month came to a close 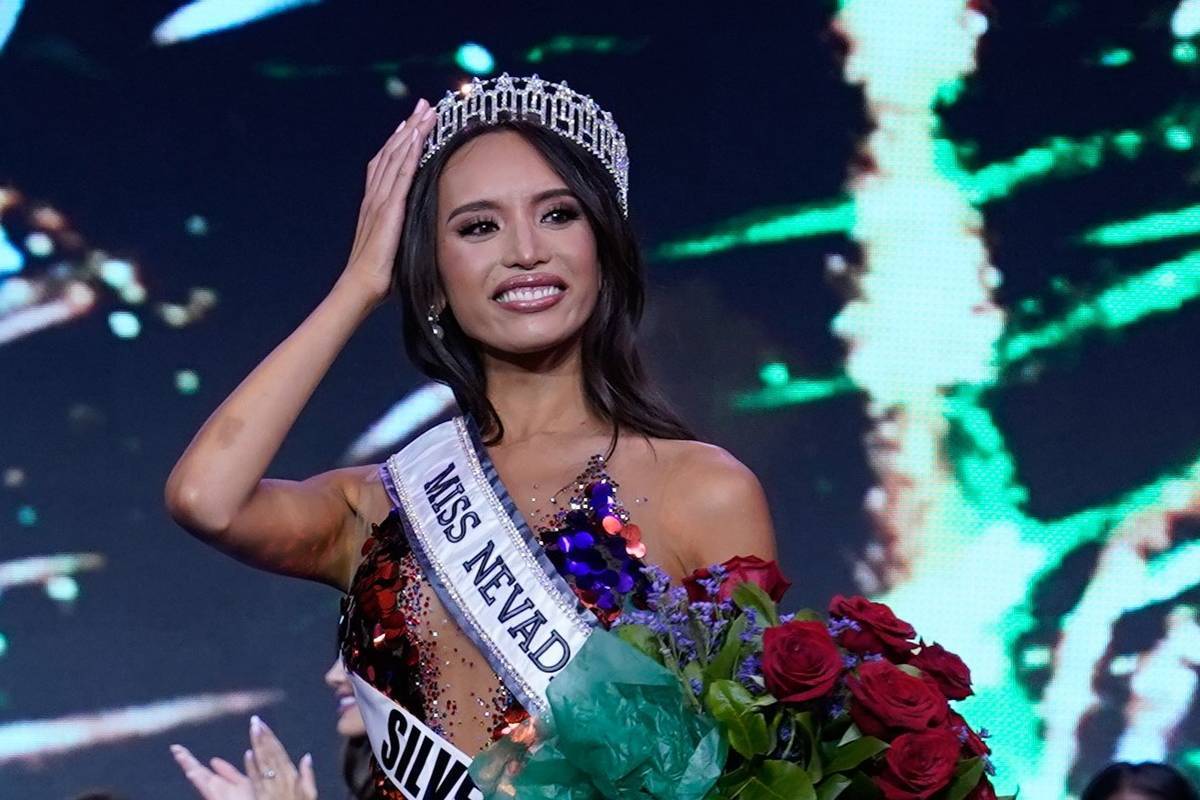 The pageant scene has long been dominated by accusations of promoting an often unattainable model of what a “woman” should look like and for harming (rather than helping) girls’ self-esteem. But in recent years, especially in the Miss America competition, pageants have shifted from beauty-based shows to true scholarship contests.

This transition has certainly done well to promote the higher education and confidence of thousands of girls across the states, while also encouraging meaningful equity within the competition. Even in pageants that still claim status as true beauty pageants, scoring systems increasingly reward talent, intellect, poise, and community service over their swimsuit appearance. Reorienting the criteria of these competitions from “traditional” beauty standards to distinguishing personality traits has equipped competitors of color to rise to prominence in the activity, including Chandler Foreman – Miss Texas ‘19 and ‘20. More recently, success stories in the activity now include Kataluna Enriquez, recently crowned Miss Nevada, and the first openly transgender Miss USA contestant.

A model and designer, Enriquez was wearing a dress of her design when she was crowned – a rainbow-colored sequin dress. The 27-year-old beat out 21 other contestants for the Miss Nevada title, notably being crowned as Pride month came to a close. Enriquez went to Instagram to say, “Huge thank you to everyone who supported me from day one. My community, you are always in my heart. My win is our win. We just made history. Happy pride.” She competed in transgender pageants for four years before initiating her journey in cisgender pageants in 2020. Upon winning, Enriquez opened up about her story, explaining that as a child she “was often told that I was not allowed to be myself, or to be in spaces that I was not welcome,” but that today she has “learned that [her] differences do not make me less than, it makes me more than.”

Enriquez has reflected on her journey, and how her past trauma both inspired her journey and created difficulty in the process. One of the largest portions of the contest is a close-doored interview with various other forms of communication weaved throughout different stages of the competition – a portion of the pageant Enruiqiez initially struggled with. She explains, “Speaking, at one point in [her] life, was an invitation to be attacked and bullied or discriminated (against). I learned to silence myself to survive.”

Challenged in overcoming her past trauma, Enriquez’s story and perseverance now inspire girls and young women in Nevada and throughout the U.S. to pursue their ambitions.

Enriquez’s identity as a transgender woman, however, far from summarizes the accomplishments and dedication of Miss Nevada. The Filipina-America is also a fashion designer, healthcare administrator, and advocate for victims of physical and sexual abuse. After winning on Nevada’s regional circuit, Kataluna started her campaign called #BEVISIBLE. Enriquez used this platform to combat hate through vulnerability, being honest and open about her own experiences as a transgender woman of color. In accordance with her journey, she has used her platform to aid mental health organizations that advocate for LGBTQ+ individuals.

The new Miss Nevada will be competing in the Miss USA pageant come November, looking to set history once again and become the second transgender woman to compete at Miss Universe.