The US is facing the largest migrant “surge” in 20 years at the U.S-Mexico border, leaving the Biden administration entangled in a struggle to control the number of unaccompanied children showing up

Emilly Sanchez
and
April 29, 2021
in
Immigration
Courtesy of Al Jazeera 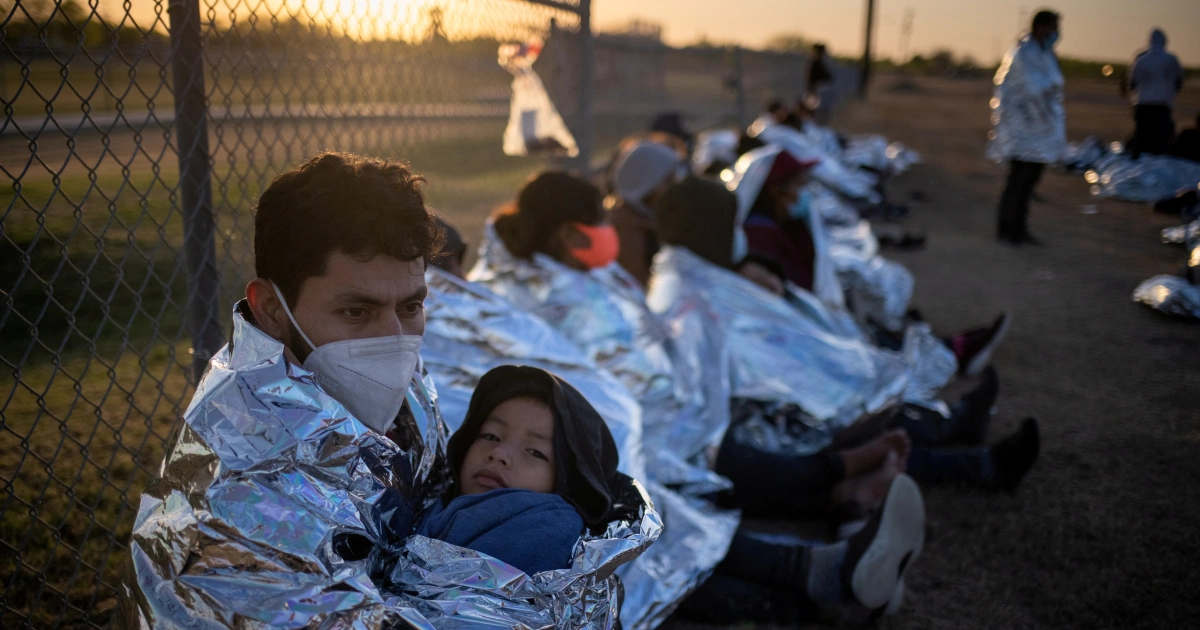 The U.S is facing the largest migrant “surge” in 20 years at the U.S-Mexico border, leaving the Biden administration entangled in a struggle to control the number of unaccompanied children showing up.

President Biden has taken on the challenge of dealing with what a Biden administration official referred to as a mess resulting from his predecessor’s strict border policies. The President and his administration are now faced with the challenge of addressing and housing the record-setting, rapidly growing number of unaccompanied migrant children held in custody by US Customs and Border Patrol agents.

The Biden administration has now permitted unaccompanied minors to enter the country during the processing of their claims— differing from the previous administration’s “zero tolerance” policy that called for automatic deportation of anyone caught crossing the border illegally. Since October 1st of 2020, two-thirds of the unaccompanied children held at the border were reported to be from El Salvador, Honduras, and Guatemala, with the vast majority of the rest being from Mexico. While the majority of minors in custody were actually teenagers, hundreds of children under the age of 12 were also held at the border. For decades prior, single adult men were the most common set of individuals who attempted to cross the U.S-Mexico border, but this landscape has been altered as more families and unaccompanied children continue to make their way up north to the American border from Latin America.

As of March 21, more than 15,500 unaccompanied children were reported by BBC News as being held in custody at the border. A breakdown of this number demonstrated more than 5,000 children, a record number, were held in custody by US Customs and Border Patrol agents, while another 11,900 children were under the custody of the Department of Health and Human Services (HHS). The previous month, statistics released from U.S border patrol officials showed that more than 9,400 unaccompanied children were crossing the border — indicating a 63 percent increase since January.

The Biden administration, along with immigrant processing centers at the border, have become subject to criticism and controversy upon the release of photos depicting the conditions surrounding children in the detention centers last month. These images, released by Rep. Henry Cuellar, depicted an overcrowded facility where plastic dividers had been set up as walls for the “pods” migrant children were housed in. The transparent sheatings allowed for an insight into every adjacent division. Each division or “pod” measured about 3,200 square feet in size, housing a large number of children ranging from 100 to 500. Migrant children within these pods were shown laying on the floor in extremely close proximity to one another. The children wore sweatshirts and were wrapped in silver emergency “space blankets”, with their faces covered by blue surgical masks. Lawyers that visited a facility in Donna, Texas the same month declared having witnessed children sleeping on the floor and on metal benches, discovering that they were only permitted to go outdoors for a few minutes every couple days.

The conditions at these facilities have not been thoroughly assessed, since journalists and media groups have been denied access to the buildings. In response, many have questioned the extent to which the Biden administration has been transparent about the true conditions of these sites. Restricted access to the facilities makes it much more difficult to hold the administration accountable for its handling of the surge. The Department of Homeland Security, however, has stated that these limitations are solely for privacy and COVID-19 safety. Nonetheless, when asked about the conditions in these facilities, Democratic Sen. Chris Murphy declared that the facilities are those in which “you wouldn’t want your child in for more than 10 minutes.”

Yet, the children arriving at the border are spending an average of 117 hours in detention facilities each. By law, children are supposed to be transferred from U.S Customs and Border Patrol agents custody into shelters run by HHS within a strict 72-hour timeframe. Evidently, this permitted timeframe has been far exceeded, due to the limited HHS shelter space available, resulting in many children being forced to stay in the detention centers until room opens up at the shelters.

In Rep. Cuellar’s words, “We ought to take care of those kids like they’re our own kids.”