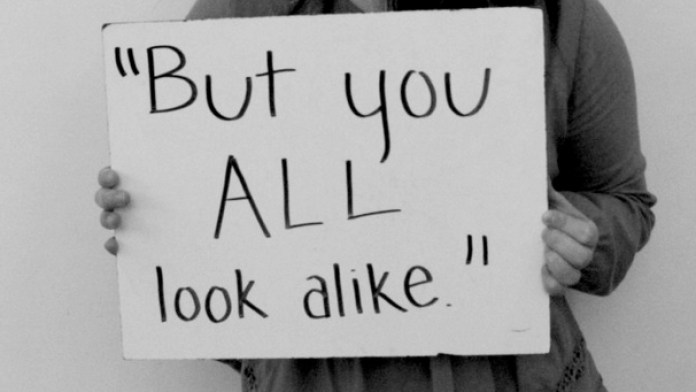 It’s the countless little wounds that hurt the most - the disastrous effect of seemingly innocent insults that accumulate over time. These seemingly unidentifiable put-downs or actions are better known as microaggressions.

As the new year begins, the internet is flooded with the past year's top news stories. Sprawled across news updates and social media are an array of headlines regarding the racial awakening in response to police brutality. However, in our quest to right these wrongs, and fix the racism and bigotry harming our society, it is important for us to recognize and address the everyday actions that contribute to an alienating and oppressive environment. One example of these actions are microaggressions, and although you may have never heard the term, you have likely been in an interaction where they were present.

A microaggression, as defined by Merriam Webster, is a “comment or action that subtly and often unconsciously or unintentionally expresses a prejudiced attitude toward a member of a marginalized group.” In other words, microaggressions are actions committed, often subconsciously, which perpetuate prejudices against minority groups.

The term was coined in the 1970s by Harvard University Professor Chester M. Pierce. Pierce utilized this term to describe the insults and subtle mistreatments against Black people. Since the 1970s, Pierce’s term has been revived and expanded to apply to all marginalized communities.

The revival of this term has given a label for the actions faced by many minority groups. Examples of everyday microaggressions may include a statement as simple as, “you speak good English,” even when English is the person’s first language. This statement is a microaggression because it gives off the impression that, despite being a native to America, you are a foreigner based on the color of your skin. Another example could be a white man or woman who clutches their wallet or purse as a Black person approaches them. This action represents the misguided prejudice that Black people are criminals. These actions, and the many more like them, showcase how microaggressions, despite being subtle and often unconscious, are offensive and contribute to making those who are recipients of the action feel as though they do not belong.

With the revival of the term, many studies have been conducted to analyze the impacts of microaggressions. In a report by the National Institute for Health (NIH), it was stated that “When minorities perceive discrimination, they also exhibit poorer health and mental health outcomes.” The NIH continues on to state that microaggressions are “associated with depression and anxiety symptoms, decreased psychological well-being, lower self-regard, and physical health issues (e.g., higher blood pressure).”

In an article published by The Atlantic titled “Why Critics of the ‘Microaggression' Framework are Skeptical”, the author stated that there are three primary objects to utilizing the term “microaggressions”. He states that the term in and of itself is “often inept”, stating that “If there’s going to be a term for behavior that is burdensome partly because the often well-intentioned people who do it are blind to its wrongness and cumulative effect, baking “aggression” into that term is hugely confusing.” The author addresses the fact that since aggression has the connotation of violence, using the term “aggression” to describe these small and subtle actions is confusing. He then states that this confusion is “likely” to lead to an increase of the “tension” between the person receiving the action and those who committed the act. Another point made by this author is that, by definition, this term applies, in some situations, to white males - those who are in some way part of a minority. The author presents the examples of a “white Mormon student constantly asked by his peers if they can see his religious underwear” and “a white male who grew up getting beat and molested in foster homes after his parents died being told daily by clueless peers that he has led a privileged life.” In these situations, the white male is being subject to a minor insult that accumulates, becoming burdensome. Even still, many of those who disagree with the term itself do concede that those who are recipients of the subtle insulting actions should be allowed an “intellectual framework” to air their grievances.

Using this shared belief among many, we can further our desire to create a more accepting society, putting aside our quibbles over the term itself. In order to create this equitable society, we must educate ourselves as to how to best respond to microaggressions. One method of counteracting these actions is proposed by Derald W. Sue, a psychologist who has written two books on microaggression. Sue suggests that individuals can “be constantly vigilant of their own biases and fears.” Through acknowledging the prejudices that exist with you, you will be better able to work towards correcting those ideas by seeking out interaction with those who are different from you and making efforts to counteract aggressions that may arise from these biases. Furthermore, Sue states that you can “Be an ally, by standing personally against all forms of bias and discrimination.” Through helping others you will make a crucial headway towards a more inclusive society.

With the new year, I ask that you think more about microaggressions. No, I do not mean to ask you to make “standing up against microaggressions” your new year’s resolution - because let’s face it, no one sticks to their new year’s resolution. This topic is far too important to just be discussed at the beginning of each year and then tossed in a drawer and forgotten. Instead, I ask that you keep in mind what has been presented, and make a conscious effort in your life to not make any of these comments and address the people who do. That way, even if you don’t stick to your new year’s resolution, you will make progress towards another goal. One that should be shared by all of humanity: to be a better person who works towards a better world.

It's Okay to Take A Break: Why Exhausted Activism Is Counterproductive