Meghan Markle, Kate Middleton, and the Expectations of Women

Megxit is happening, and it really shouldn’t come as a surprise. 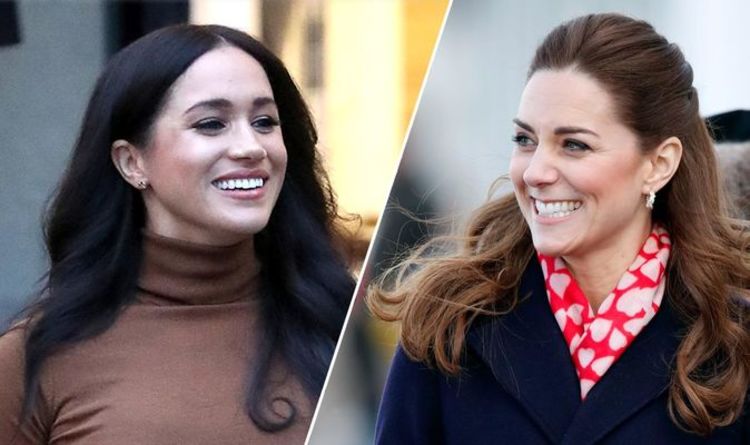 Megxit is happening, and it really shouldn’t come as a surprise. Meghan Markle’s treatment from the media has been atrocious. They’ve continuously sought to sully her reputation  – even worse than how Kate Middleton was treated when she was called “lazy,” “a social climber,” and ‘out of touch,” revealing just how misogynistically women who marry into the royal family are treated. The headlines that plague Markle additionally expose the racism that still thrives in modern society; she is ridiculed for the very same things that Middleton is praised for, like touching her baby bump or holding her son a certain way. The media positions Middleton as ammunition against Markle to demonstrate how a woman should behave in the royal family, and it shines a light on a discussion that has been at the heart of feminism since its conception.

Feminism has always grappled with the idea of the place of women in society. What role should women play? Does a woman stay home and raise her family or should she boldly enter places exclusive to men, like in the workforce? Is someone still a feminist if they want to stay at home and raise her children while her husband is the breadwinner?

Feminism, at its heart, is about choice. It’s about giving all people, regardless of gender, the same chance for opportunities. So when the British media commends Middleton’s doting attention to her family while simultaneously portraying Markle as a social revolutionary who rejects traditional roles, it reignites the classic debate over whether women should be homemakers or breadwinners – and it’s worn out. There is a pervasive idea that women must choose either to raise a family or to work, a concept that seems foreign in respect to men. Historically, it fell on women to stay at home and raise their children, which is in part why women today feel the need to choose, but this simply isn’t the case. Having children and focusing on endeavours outside the home aren’t mutually exclusive, as both of the duchesses clearly represent. However, the media still aims to pit these women against each other despite the fact that they have far more similarities than the press lets on.

Despite their representation in the British tabloids, Middleton and Markle embody the roles of mother and activist, simultaneously, in their own respect. Middleton balances raising her children with attending events and promoting mental health advocacy, a topic that is unfortunately taboo for far too many people. Markle is well known for her progressive ideals and is raising her son, Archie, outside of the public eye. The media seeks to portray them as one-dimensional in order to manufacture a rift between the two women, but it’s just grasping at straws while perpetuating harmful myths about gender.

There is no one way to be a woman; feminism is about choice. Whether that choice be having an ambitious career or raising a family, feminism is about promoting the ability to decide how you want your life to turn out, and it doesn’t mean you can only pick one. Meghan Markle and Prince Harry have made the choice to step back from the royal family, away from the blatantly racist and sexist treatment that they face in the media. In doing so, they have shown that they won’t stand by and accept the onslaught of outdated and out of touch treatment from the British Press.