On February 4, 2021, Marjorie Taylor Greene was removed from her committee assignments after the House of Representatives voted 230-199 to do so

Snayini Das
and
March 23, 2021
in
Politics
Courtesy of The Texas Tribune 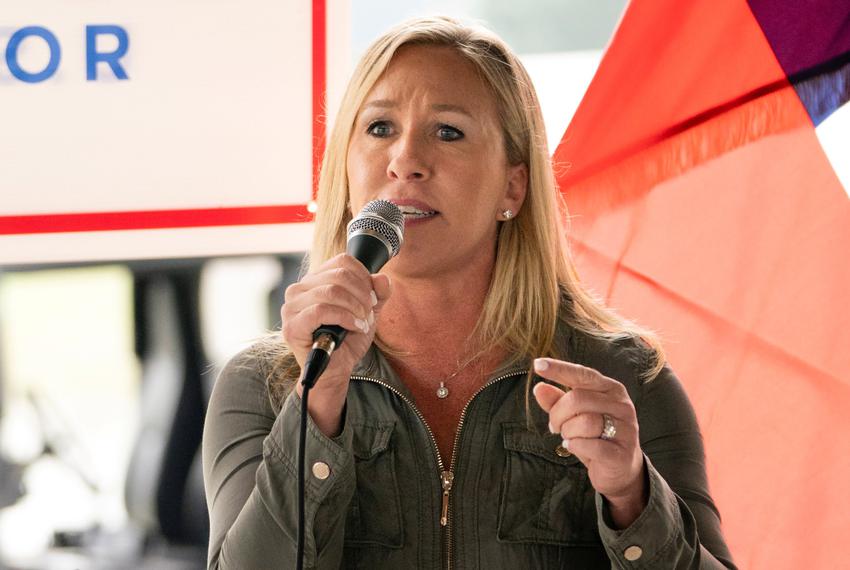 Marjorie Taylor Greene, a Republican representative of the U.S. House, has made news headlines many times in recent months, and has even garnered the title “Trump’s true heir”. She doesn’t appear to care about what her congressional colleagues think of her actions, as she continues to exhibit highly controversial behavior. The list of her recent, news-worthy actions includes encouraging several conspiracy theories, posting anti-transgender sign in a hallway, and endorsing the execution of top Democratic politicians. Graduating with a bachelor’s degree in business administration from the University of Georgia, Greene ran for election for the U.S. House to represent Georgia's 14th Congressional District. She won the general election on November 3, 2020. Her current term, for which she assumed office on January 3, 2021, ends on January 3, 2023. However, on February 4, 2021, she was removed from her committee assignments after the House of Representatives voted 230-199 to do so.

Let’s take a look at her actions which ultimately led to this consequence:

1) According to a review of Greene’s social media accounts, she has liked posts that explicitly encouraged violence against Democratic lawmakers and employees of the federal government. When asked by a follower “Now do we get to hang them?” (‘them’ referring to Hillary Clinton and Barack Obama), Greene replied, “Stage is being set. Players are being put in place. We must be patient. This must be done perfectly or liberal judges would let them off.” While Greene has supported several conspiracy theories at times, this statement shows how she calls for murder of Democratic politicians. Taylor Greene has also said that she “stands with Trump and against the left-wing socialists who want to wreck our country.” In this regard, she definitely does follow a political path parallel to Donald Trump’s, which will inevitably introduce a conspiracy-laden political environment full of racial overtones.

1) Greene supported a conspiracy theory that said the former Democratic National Committee staffer Seth Rich was murdered by order of the Obama administration using the MS-13 gang. In reality, Rich was killed in 2016 in a still unsolved murder which police believe may have been a botched robbery.

2) Greene has also said in blog posts that the debunked "Pizzagate" conspiracy theory might be real. The conspiracy theory says that there was a Satanic, child sex-trafficking ring at a Washington pizza restaurant, which ultimately convinced a man to fire three shots into the business in 2016.

3) On January 27, 2021, a video of Marjorie Taylor Greene resurfaced on the Internet where she claims that the October 1, 2017 mass shooting  in Las Vegas was actually a plot to persuade Republicans to stop supporting second amendment rights. She wrote an article about the mass shooting shortly after it happened for the American Truth Seekers website. According to Greene, the 2017 Las Vegas shooting was part of a plot from gun control activists, intended to targeted conservative country music fans.

4) She has also claimed that a plane never crashed into the Pentagon on 9/11, and that former president Barack Obama is a Muslim.

Before the Capitol Riot on January 6 by pro-Trump insurrectionists, Ms. Greene commented that the day was equivalent to “1776 moment” for Republicans. In 1898, nine white supremacists conspired to overthrow the biracial government of Wilmington, North Carolina. They also drafted a “White Declaration of Independence” demanding disenfranchisement of African Americans. This was followed by the death of approximately 300 people and the destruction of Wilmington as the white supremacists carried out the declaration. Both the years - 1898 and 2021- have shown how a certain section of Americans have romanticized the revolutionaries of 1776, the year which witnessed the official beginning of the nation. Following the riot, though Trump had lost the election, she pledged that Trump “would remain in office” and that attempts to remove him from the White House “constituted an attack on every American who voted for him”. As of the Capitol riots, Greene released a series of posts including: “If the #Jan6 organizers were Trump supporters, then why did they attack us while we were objecting to electoral college votes for Joe Biden? The attack RUINED our objection that we spent weeks preparing for, which devastated our efforts on behalf of Trump and his voters.” Thus, according to her, Trump is not at fault for the riots (despite inciting them), which were actually “against the government ALL together.”

On February 4, 2021, the House was fiercely divided to kick Rep. Marjorie Taylor Greene off both her committees. According to Democrats, she absolutely deserved this punishment because her spreading of violent conspiracy theories had the potential to provoke threats against her fellow colleagues. On the other hand, the majority of the Republicans voted against the Democrats’ move. However, none defended her history of provocative actions on social media.

In a sense, the fact that her congressional Republican colleagues stayed silent about her actions is even more troublesome. If Greene’s online behavior calling for murder is not enough for her immediate resignation, what is? Similarly, if usage of the power of presidency to overthrow the certification of election results, and to incite a mob that attacked the seat of American democracy, isn't disqualifying from future office, we surely don’t have any idea of what truly is.