Not having paid family leave is especially harmful for women, as current statistics show that 1 in 7 serves as a caregiver for a child or other family member.

Elizabeth Jones
and
November 20, 2021
in
Justice
Courtesy of The New York Times 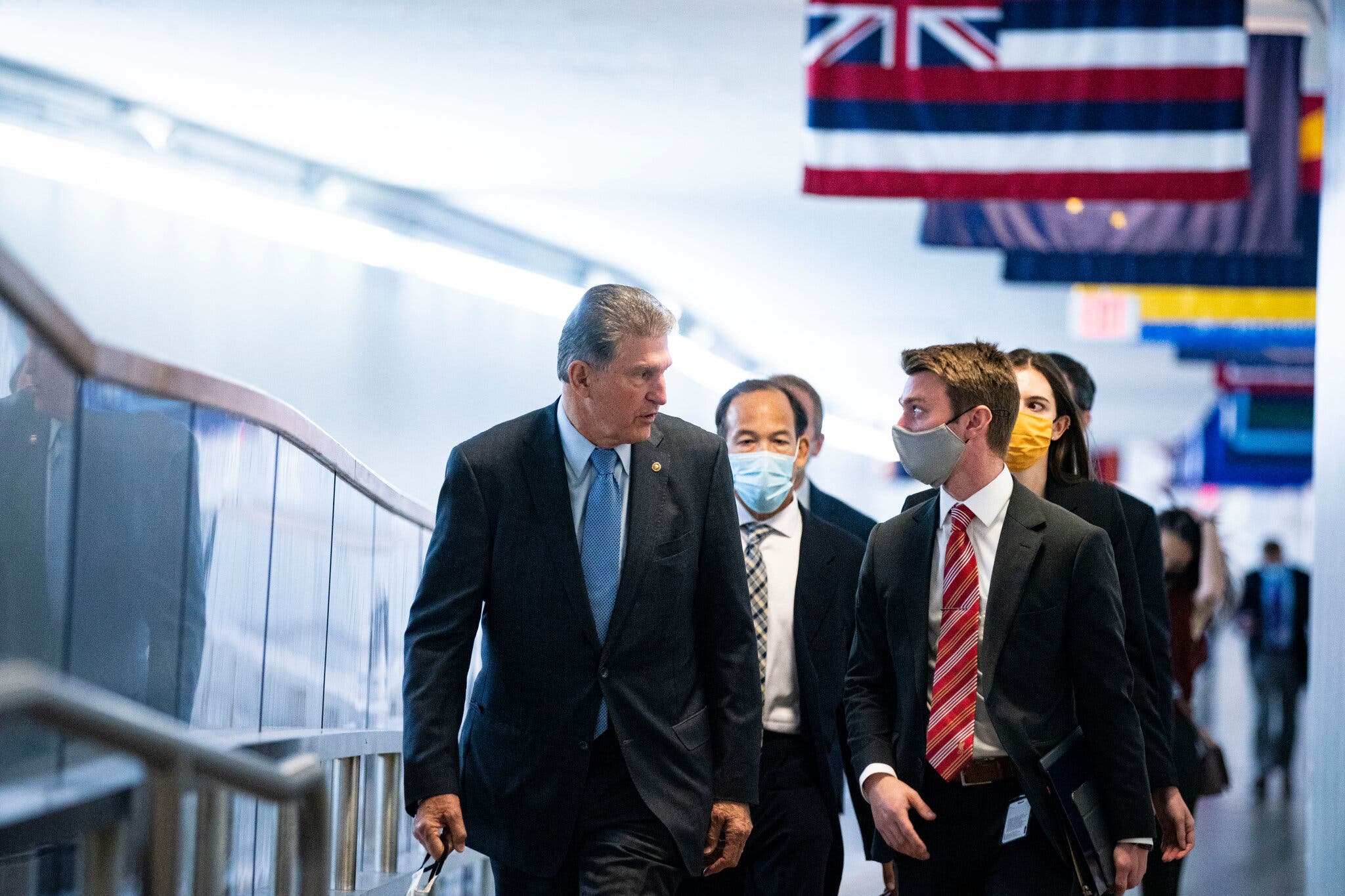 West Virginia Senator Joe Manchin III, a Democrat, negotiated to remove paid family leave from the Build Back Better Act, a roughly $1.75 trillion social spending bill proposed by President Joe Biden. This means that the USA could remain the only industrialized country in the world to not guarantee paid leave– something that harms women and low-wage workers more than any other groups.

Because Manchin’s vote is absolutely necessary for the bill to be passed, he was initially able to nix the paid family leave from it. Typically, a bill needs 60 votes in the Senate to achieve a supermajority, allowing it to reach the floor for another vote and eventually be passed. However, because the Senate is currently evenly split, Democrats have resorted to using a process called reconciliation, which requires bills to receive only a simple majority of votes if they directly influence the budget. As all 50 Republican senators oppose the bill, Manchin is depended upon to vote for it to enable Vice President Kamala Harris to break the tie.

The proposed bill includes initiatives to address global climate change and strengthen the USA’s social safety net. For example, it would grant tax credits for electric vehicles and extend child tax credit by one year. The bill’s total was originally  $3.5 trillion, but Manchin negotiated it down to $1.75 trillion. Among his negotiations was removing 12 weeks of paid family leave and paid sick leave for all American workers. He was wary of the original cost and afraid small businesses would suffer from paid family leave. Additionally, he told CNN, “That’s [paid family leave] a piece of legislation that is really needed from the standpoint: if we do it and we do it right…  We can do that in a bipartisan way. We can make sure it is lasting.”

However, on November 3, Speaker of the House Nancy Pelosi, a Democrat from California, announced in a Dear Colleagues letter that 4 weeks of paid family and medical leave would be added back to the bill. She considered this a compromise. “We must have legislation agreed to by the House and the Senate in the final version of the Build Back Better Act that we will send to the President’s desk, we must strive to find common ground in the legislation,” her letter said.

While 4 weeks are considered better than none, many are still arguing that this isn’t enough. “When you look at other countries, there is evidence of what people need and what’s feasible,” Dr. Jody Heymann, a distinguished professor of health policy and management, public policy, and medicine at UCLA, said to the New York Times. “And by both of those measures, 12 weeks is a modest amount and anything less is grossly inadequate.” The average time for paid maternity leave internationally is 29 weeks and the average time for paid paternity leave across the globe is 16 weeks, making the USA’s proposed 4 weeks extremely small in comparison. Still, this bill broadly defines both family and caregiving, which is an advantage for those caring for ill loved ones. Only 13 countries with paid family leave currently share this broad interpretation.

In March 2021, only 23% of private-sector workers had access to paid family leave, and without federal legislation to require it, this percentage is not likely to increase anytime soon. However, nine states and the District of Columbia do have their own laws mandating paid family leave.

Not having enough paid family leave is especially harmful for women, as current statistics show that 1 in 7 serves as a caregiver for a child or other family member. Roughly 24 million of these female caregivers work full time and are often faced with having to take unpaid leave or quit their jobs entirely in order to fulfill their family obligations. Nearly 52% of all caregivers who left the workforce credit their decision to the fact that they did not have the flexibility in their jobs to care for their loved ones. Several Democrats and other advocates of paid family leave argue that it would improve women’s retention in the workforce and rid people of the need to choose between their financial well-being and taking care of a relative. Low-income workers especially struggle without paid family leave because taking time off means risking food security, increasing debt, and often delaying medical care.

Since the start of the coronavirus pandemic, about 1.5 million American women have left the workforce to address new needs within their families, including the loss of childcare. This is roughly four times more women than men who have left or lost their jobs, more than doubling the gap between hours worked by men and women since before the pandemic and thus slowly undoing the last 25 years of progress for women in the workforce. Paid family leave could have prevented some of those women from resigning and could help bring some of them back to work.

While some sort of paid family leave is bipartisan, Republicans and Democrats disagree on how to achieve it. Because of this, the social spending bill is widely considered the best and/or only way to mandate this benefit to all workers nationwide. Reducing the bill to only mandating 4 weeks is seen by several paid family leave advocates and many Democrats as a catastrophic blow to women and families around the country who continue to struggle maintaining a balance between working and providing family with care. On Friday, November 19, the House passed the bill in a 220-213 vote and it now awaits approval in the Senate.