While the fight for gender equality has always been an ongoing battle and education about such matters has always been sought after, it is only actions like these that make way for changes to materialize

Varshini Sathiyaseelan
and
July 7, 2021
in
LGTBQ+
Courtesy of Metro Weekly 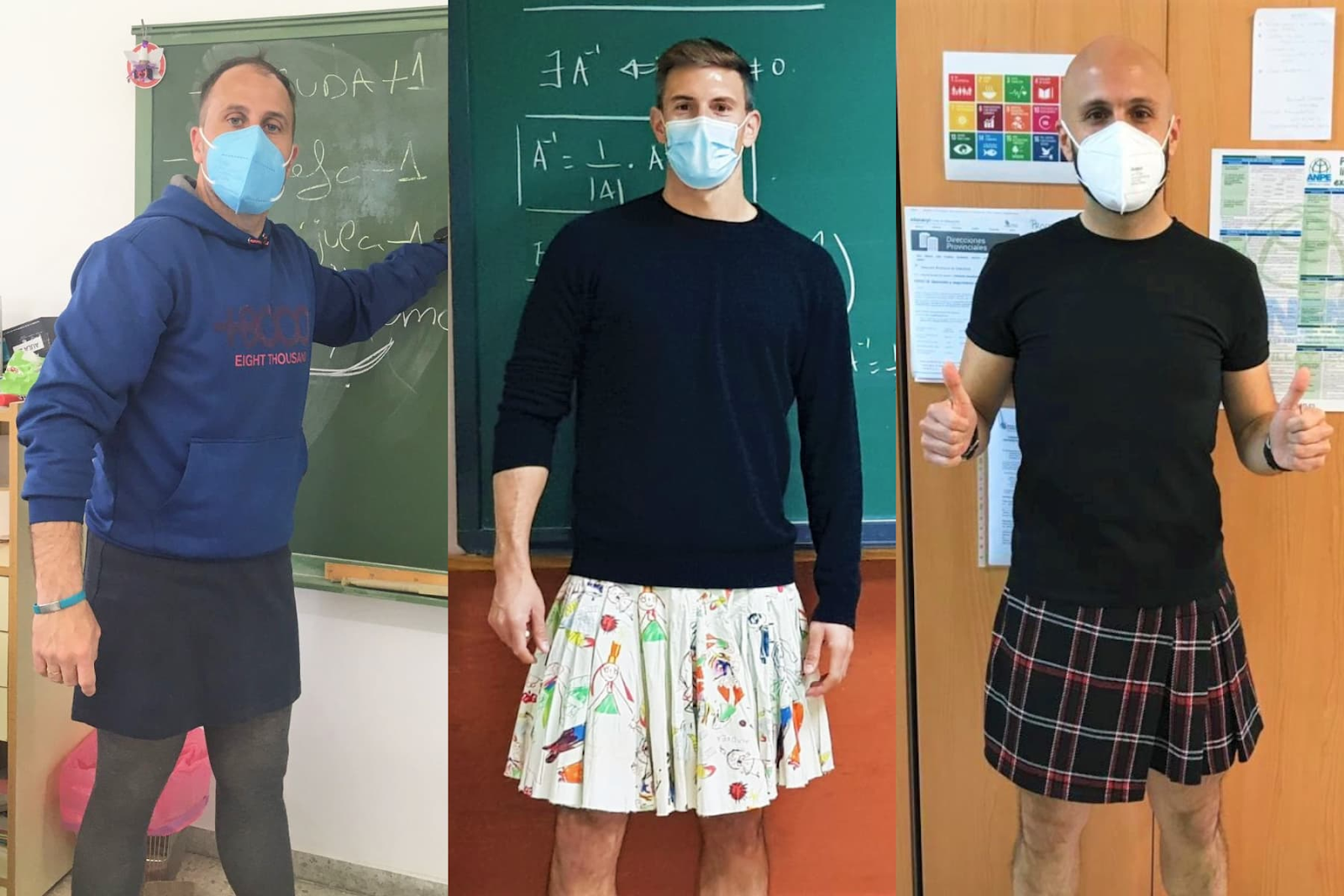 Mikel Gómez, a 15-year-old student from Bilbao, Spain, was pulled out of class and sent to the school psychologist after wearing a skirt to class in October of 2020. Mikel’s actions were inspired by others around the world; he'd seen boys in other countries wearing skirts as part of a push towards gender equality and he wanted to participate as well. When he was pulled out of class, he questioned why it he was the only student removed and not any of the female students who were wearing skirts. In his viral Tiktok video after the incident, Gómez said he was sent to a psychologist, who asked him whether he was transgender and identified as a woman. Gómez, who identifies as male, said he was told to wear pants and that he was later punished by his parents for the skirt. Gómez has since posted many Tiktoks, some serious and some more light-hearted, about the way people attach gender and sexuality to clothing.

On November 4, a few weeks after Gómez was removed from class, male students and teachers across Spain mobilized to ditch their trousers and show up to school in skirts, in solidarity with him. Thus, November 4 was then recognised as “Wear A Skirt to School Day” as part of a larger, already existing movement, #LaRopaNoTieneGénero or #ClothesHaveNoGender.

More recently, two teachers working at the public school Virgen de Sacedón in Valladolid, Spain, showed up to school in skirts. Manuel Ortega and Borja Velázquez, the teachers, decided to do this after Ortega heard a student spew homophobic slurs at another classmate for wearing a hoodie featuring manga motifs. While the student was disciplined for using slurs at his classmate, it was clear that the damage had already been done: the classmate had since taken off his hoodie and expressed embarrassment after  receiving insults. Ortega proposed the “skirt idea” to Velázquez, the school’s head of studies, who was extremely receptive and ready to act on it as a way to take a stance on tolerance and diversity. The goal, according to Velázquez, was "to show that we should be open to change and that words cause harm."

The teachers’ actions have ignited a spark in students and multiple schools and institutions. The prevalency of homophobia has catalyzed both students and teachers alike to push for reforms to ensure that no one is harassed for their clothing. Students from various high schools in Galicia, a community in northwest Spain, are staging monthly protests to further highlight the cause, with both male and female students wearing skirts on the 4th of each month. “After the first protest we thought we were too small,” organizer Lía Menduiña Otero told Público. “That could not be forgotten and we had to continue. They always tell us about the need to learn math, history, language,” she continued, “but not about something as important as equality.” It is immensely commendable and heartwarming that Otero’s school has now agreed to offer a course on gender equality. In addition, alumni of Johan Carballeira Institute of Secondary Education have been protesting in favor of similar motions for equality, reaping similar outcomes of a gender equality course.

While the fight for gender equality has always been an ongoing battle and education about such matters has always been sought after, it is only actions like these that make way for changes to materialize. If anything, we now know that years of verbal and written efforts for eradicating gender norms in fashion and homophobia can only be brought to fruition with direct and a physical demonstration of what we want society to be like.

The Importance of LGBTQ+ Narratives in the Classroom