Making Mistakes in the Generation of Technology

Tackling Cyberbullying in a Technology-Fueled World

Anonymous
and
November 15, 2020
in
Personal Narrative
Courtesy of LLU School of Medicine 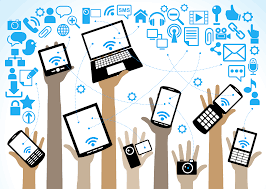 It’s in the news constantly, we hear teachers and principals speak about it, but yet we ignore it and know so little about it. Cyber Bullying. As time goes on the word “change” is used constantly. Change in government, change in education, but change in technology seems to be a challenging topic. Yes, technology has improved and we are doing things much faster and more efficiently, but it does have a lot of downsides.  With teenagers always on their cell phones, laptops, televisions, tablets, you name it! It seems nowadays that technology never leaves our side, and to be honest, that’s completely true. It’s with us all the time anywhere you go and you can’t escape it. As an adult this is helpful and makes things more efficient, but as a child or teenager it just adds problems to your life.

Here is where bullying steps up to a whole new level that our generation is the first to face it. The words written on that girl or boy’s Facebook is with them all the time. That picture of them is now permanently in cyber space.  So when bullies post something in cyber space it follows that person all the time, hanging over them and reminding them every second of how much people hate them. This reality of technology is something that more people need to be educated about.

Towards the end of seventh grade I was drinking alcohol for the first time. I didn’t know my limits and I made my mistakes that I regret. Pictures were posted on Facebook, status’s were made, and cruel words came at me like a downfall. Then more rumors were made and they called me “alcoholic, slut, mistake” and the worst was, they told me to kill myself. With these words bouncing around my head I was slowly deteriorating. Word by word they broke me down because of my one mistake that I made, even after I had realized it was wrong and had learnt my lesson. Eventually, I broke and shattered into a million pieces and I couldn’t handle it anymore. I just wanted the hate to end.

Luckily, I got the help I needed and I was diagnosed with severe depression and see a therapist regularly, I did not let this mistake ruin me – I overcame.

People’s reactions to my story were that I shouldn’t have done it in the first place. Well, yes but everyone makes mistakes and that is how we learn. When we fall down we get up again, and we get up stronger. My story shows how vital it is that we educate people about cyber bullying and make an active effort to stop it.