"Love, Simon" is the Love Story the LGBTQ+ Community Deserves

Elise Hsu
and
December 29, 2019
in
LGTBQ+
Courtesy of the Advocate 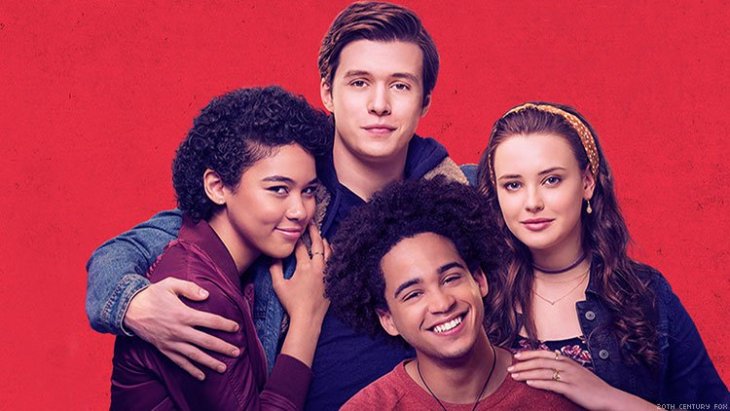 Based on Becky Albertalli’s Simon Vs. the Homo Sapiens Agenda and released on February 27th, 2018, Love Simon follows a gay high school senior who falls for his online pen-pal. Excepting the gay part, this may seem like the plot of every romance movie ever, but that is how it should be seen. Members of the LGBTQ+ community have been told they are outliers for years, and a movie like this gives them a chance to see themselves on screen the way every straight person has been able to for years.  There were no stereotypes involved in the creation of the characters, and the plot is real and relatable. The film even asks why straight is the default, why heteronormativity dictates our society, and wonders how straight people would come out if they had to. This kind of visibility is extremely important, as LGBTQ+ people have been holding their breaths for years, and with Love, Simon, we finally get to exhale.

Love, Simon has not only allowed members of the LGBTQ+ community to see themselves, but has also motivated people across the nation to show their true selves to other.  Many viewers have been inspired to come out to their families and friends, and they cite this movie as the main reason. Keiyan Lonsdale, the man who plays Bram in the film, recently came out as well and has been showing his support for the LGBTQ+ community since.  The effect this movie has on its supporters is more positive than has been seen ever before. It has changed the lives of so many viewers in a way that is impossible to replicate.

I will admit that this movie was the first time I truly saw myself.  I felt safe knowing that there is someone out there who’s struggles I could relate to; I felt safe knowing that I am not alone in this world anymore, that millions were being inspired by this film in the same way I was.  I did not need to hope that there was a minor character that happened to be gay, as in so many other movies. I did not need to desperately pray that the only homosexual representative would not die or would not find the love they deserved. The gay characters were front and center, and I didn’t have to look past any straight people to see them.  Love, Simonwas a joy to watch that enabled me to accept myself in a way no film ever has, and I hope that it continues to embolden gays for many years to come.

A letter for all people who identify as cisgender