Ziqing Kuang
and
May 22, 2021
in
Politics
Courtesy of Getty Images 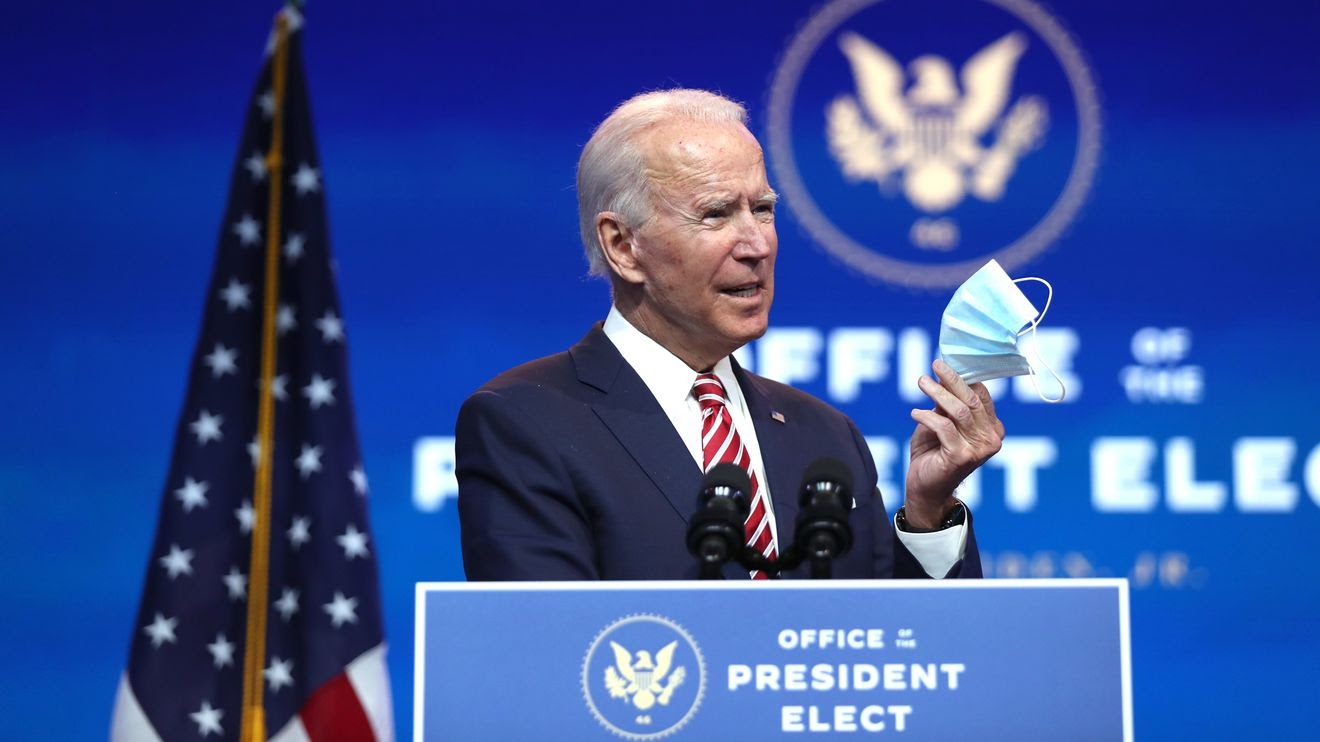 President Joe Biden was sworn into the White House with a wide-ranging agenda and has already acted on multiple goals, such as signing a $1.9 trillion Covid-19 relief bill and working on recovering the economy. While he relentlessly issued dozens of comprehensive plans to extend voting rights, there have also been setbacks, including the increase of unaccompanied minors coming from the United States-Mexico border. So far, Biden and his staff have checked off almost all of his campaign promises regarding the pandemic. Let’s follow through with President Biden’s progress after his first 100 days and where he stands now on critical promises:

The Biden administration reached 200 million vaccine doses on April 21, fulfilling their pledge to administer 100 million vaccine shots by Biden’s 100th day in office. The President continuously communicated with Pfizer, Moderna, and Johnson & Johnson to speed up and secure an increased vaccine supply. The U.S. also purchased hundreds of millions of coronavirus vaccine doses during his first few months in office, enough vaccines for all adult Americans by the end of May.

Recently, the administration has established a federal retail pharmacy program to open up vaccinations at community health centers and transport seniors and people with disabilities to get vaccinated. They are also working on expanding the list of eligible vaccinators to a broader range of healthcare professionals such as midwives, paramedics, and dentists. Biden’s $1.9 trillion America Rescue Plan (passed in March) allowed public health experts and other expert medical advisers to re-continue Covid-19 briefings to update the general public.

President Biden recently faced criticism for the increase in illegal migration over the U.S. southern border with Mexico. The criticism includes unhealthy and unsanitary living conditions for young children who have been in custody. There has also been backlash about the way Biden has been controlling the flow of immigrants. In his address to Congress, he pointed out that most undocumented people living in the U.S. are staying on expired visas. The number fluctuates widely, but according to BBC, over 80,000 people were encountered at the border in January - February 2021. The President worked to ensure protection for LGBTQ+ refugees and asylum seekers at the border. By ending Trump’s policy that required asylum seekers to remain in Mexico until their assigned court date in the United States, he could guarantee equal access to protections. The Department of Health and Human Services has announced that the facilities used to contain unaccompanied migrant children are not suited for young kids. Vice President Kamala Harris is working to oversee efforts to improve these conditions.

Before the inauguration, Biden proposed a $1.9 trillion economic relief proposal to provide Americans with stimulus checks and aid for the unemployed and small businesses. Congress approved it in March and named it the American Rescue Plan. So far, the administration has sent out more than 160 million stimulus payments. By delivering $39 billion to states through the package, childcare providers could reopen and stay afloat. The benefits also included providing $350 billion to local governments and tribes, extending a 15% boost to food stamp benefits, and enhancing the child tax credit for a year.

Biden worked to expand food assistance and the federal moratorium on evictions. However, the entire process has not been exactly smooth. The Small Business Administration had trouble releasing a grant for closed theaters and music venues. Still, the Paycheck Protection Program (facilitated by the American Rescue Plan) has provided money to aid small businesses.

In December, Biden promised the nation that he would get the majority of schools to open after his first 100 days in office. Because the U.S. leaves school control at the local level, it is nearly impossible to make an effective general change in guiding in-person instruction during the pandemic. During a CNN town hall, Biden clarified that “the goal will be five days a week” of in-person school for K-8 students. About 65% of K-12 students attend in-person instruction schools each day, and less than 6% are provided with only virtual options. The CDC has relaxed its social distancing guidelines in March, recommending that students distance themselves at 3 feet instead of 6.

So far, Biden has strengthened the Affordable Care Act and has taken multiple steps to reverse some of Trump’s efforts regarding landmark health care law. He expanded the deadline until mid-August for Americans to sign up for 2021 coverage and subsidies, which last for two years. Those earning more than 400% of the federal poverty level are now eligible for help for the first time. Laid-off workers who prefer staying on their work-based coverage will be provided with packages that pay the total premium cost from April through September. At the moment, Biden has already started withdrawing approvals from the previous administration that authorize states to ratify work requirements in Medicaid. ‍

During Biden’s global climate summit, he pledged to reduce the U.S.’s greenhouse gas emissions by 50% to 52% by 2030. The leaders attend the summit, including American allies like Boris Johnson and other more confrontational relationships like Putin and Xi Jinping. During this summit, attendees talked about working towards their previously set climate goals. On his first day in office, Biden signed an executive order to reenter the 2015 Paris climate accords, which “aims to substantially reduce global greenhouse gas emissions to limit the global temperature increase in this century” (NRDC). Currently, countries are now working to enhance their commitments to avoid greenhouse gas emissions every five years. ‍

At the beginning of Biden’s presidency, he named the most racially diverse Cabinet in U.S. history and took extra steps to address the racial economic inequality. Some efforts included signing executive orders to bridge the gap in homeownership between minorities and white people and strengthening the fight to protect Asian Americans when hate crimes spiked. Biden called systemic racism “a stain on our nation’s soul” during the conviction of former Minneapolis police officer Derek Chauvin. His administration is working to create an improved reform on policing.

President Biden has stayed optimistic about opening up America and creating a safe environment for all citizens everywhere. Staying educated about Biden’s pledges and plans is recommended, so we can all move forward together as a nation.