At the beginning of this year, I had the fortune to interview Angela Chen, a school representative for Redefy from Australia 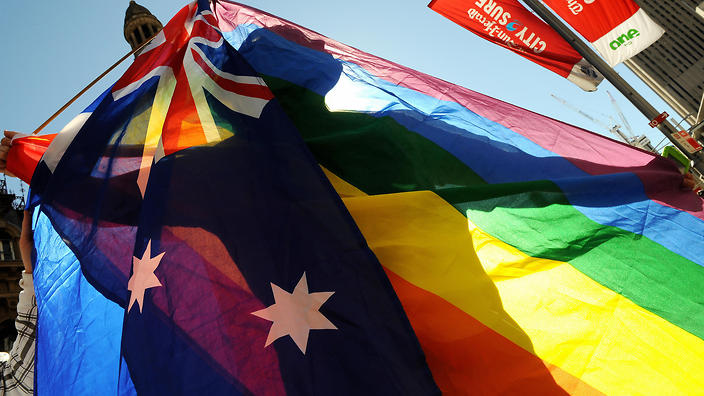 At the beginning of this year, I had the fortune to interview Angela Chen, a school representative for Redefy from Australia, about the long-awaited legalization of same-sex marriage in her country following massive public support and overcoming the adversity of resistance by conservative political groups.

From as long as ten years ago, Australia has been positive about the extension of marriage equality to the LGBT community, garnering compelling public support shown through demonstrations and marches. However, conservative politicians prevented same-sex marriage from being instituted legally.

On December 7, 2017, the Parliament of Australia voted to legalize same-sex marriage after long years of resistance from conservative groups and heated political debate. In the third reading, only four members of the Parliament voted in opposition.

After news broke out that the Australian Parliament voted in favor of same-sex marriage, joy erupted from citizens across the nation. According the Prime Minister Malcolm Turnbull, "this is Australia: fair, diverse, loving and filled with respect for everyone”.

Australia has faced resistance from conservative groups for many years before the decision, such as the “No” campaign and additional religious organizations. The process to legalize marriage equality for LGBTQ communities was slow, inciting supporters from across the nation in an attempt to dissolve traditional norms that denied basic rights to Australian individuals of the LGBTQ community.

Three weeks prior to the Parliament’s vote to legalize same-sex marriage, a public rush of support for marriage equality broke through. A two-month national survey was conducted by the Liberal National Coalition party in August after facing pressure from the Australian public regarding the policy. The poll amassed 12.7 million participants, an impressive “response rate of almost 80%”. According to CNN, the results demonstrated that about 61% of the respondents voted in favor of legalizing same-sex marriage, while 38.4% voted against the decision. Australia is the 24th country in the world to legalize same-sex marriage. The legalization of same-sex marriage presents itself as a profound victory for the LGBT community and their supporters.

The legalization of same-sex marriage confronted the issue of inequality towards the LGBT community in that at the most fundamental level prior to this decision, they did not have the right to marry and therefore did not have “marriage equality”. The Marriage Act was changed in 2004 to explicitly forbid same-sex unions and remained the last major piece of discrimination for LGBT Australians.

While many same- sex de facto couples were able to assert some of the same rights that married couples could, they did not have the legal security that a marriage certificate could provide in event of a partner dying or in divorce to prove that the relationship actually existed. Also, unlike de facto relationships, marriage is recognised nationally and internationally. Many heterosexual couples in Australia choose to live in de facto relationships and this is well within their rights. But same-sex couples didn’t get to choose- they had no alternative. Marriage equality is about giving couples a genuine choice about how they want to structure their relationships.

‍
This was one of the most pivotal victories for the LGBT community in 2017. According to the New York Times, just three weeks prior from Australia’s decision to legalize same-sex marriage, a national referendum demonstrated how significant this issue was by showing strong public support in the population. It is apparent that the push for equality in the LGBT community is an event that was hard-fought for and widely supported. How do you think this impacted the rest of the Australian LGBT community?

Personally, I and many people across Australia thought that the plebiscite was not needed and frankly a waste of time and $122 million as polls had indicated that there was already strong support for marriage equality.

Despite this, then plebiscite went ahead and during the 6 weeks we saw that this was clearly an issue that united all Australians, regardless of whether they were part of the LGBT community, who believed that same sex couples should be afforded the same rights that heterosexual couples are. My local café had a “Vote Yes” posters taped to its windows, advertisements on the side of buses urged those that could vote to “Vote Yes” and it was clear that the majority of us were behind the LGBT community as they campaigned tirelessly for the “Yes” campaign. Over 61% of the people who voted said “Yes” and I think this is a testament to the countless men, women and everything in between who fought for years to get us to this historic moment.

In contemporary society, new generations are diverse and evolving. In response to that, policies in society are constantly made to accomodate to the wide spectrum of diversity among all individuals. In light of Australia’s decision to legalize same-sex marriage, how have school relations regarding LGBT students changed? Are they making an effort to be progressive and show support?

As I attend an independent and religious school, I can only speak from what I have experienced and heard from friends that attend schools similar to mine. Schools didn’t really do anything to support any student that could be impacted from these decisions. For example, at my school, we weren’t allowed to talk about our views in class and some teachers revealed to us that all the teachers had been told in a meeting that they weren’t allowed to discuss their political views, particularly on the subject of same- sex marriage, in class or with any students. The outgoing class of 2017 wrote “YES” in rainbow coloured chalk all over our school and they were forced to mop it up. Some of my friends said that they felt that comments from conservative especially biblical studies teachers made them feel more alienated from the rest of us.

However, this hasn’t been the case for everyone as I am aware of schools that have openly defied the religious institutions that they are run by. The rector of Saint Ignatius College, an elite Catholic school that counts various politicians such as former Prime Minister Tony Abbott and current Deputy Prime Minister Barnaby Joyce (ironically both of whom are staunch “No” supporters), sent out a letter that pretty much stopped short of advocating a “Yes” vote citing that “Love is the primary gospel value”. Similarly, Cranbrook, a prominent Anglican boys school, allowed a transgender student back to finish her last year. So although there were many religious schools that remained conservative and tight- lipped about this issue, there were also many that made progress.

There are also various campaigns and organisations outside of schools that seek to promote a safer learning environment, free of discrimination for LGBT students as well as advocating for equal sex education, the most notable being the Safe Schools initiative.

Pushing against conservative resistance was an obstacle that had to be overcome in order for society to be effective. Australia’s decision to legalize same-sex marriage overcame traditional norms, showing that change was possible for society as a whole to be progressive. In what ways do you think this would influence the younger demographic of contemporary generations to be more tolerating and accepting? What do you think would change?

I think that the younger generation is already a lot more tolerating and accepting and more aware. Those that aren’t are simply ignorant of the injustices present in the world around us and need to be educated. When the plebiscite was first announced that everyone on the electoral roll would have a say, 16 and 17 year olds were really excited because we thought that if we were allowed to vote,  that it would be an overwhelming “Yes”.

Change starts with us, the youth, and we need to break down the barriers that limit our society's ability to rid itself of discrimination and give everybody the fundamental rights and freedoms that they are entitled to.

The same-sex marriage debate was marred on both sides by hate speech, vandalism and bullying. The “Yes” side experienced episodes of vandalism and abuse and the “No” side said that they were bullied for their beliefs. Public clashes between both sides have only fuelled the fire. One prominent example was gay activist and journalist Benjamin Law claiming that he would like to “hate f*ck” some politicians that had stated that they would “Vote No”. The “No” side used examples such as this and violent clashes in university protests to detract from the true message of legalising same sex marriage: marriage equality for all.

Finally, what are the implications for regions of the world today were laws like this are not set in place yet?

I understand that for many countries, same sex unions are deemed “unnatural” or against the beliefs of certain religions but I think that love is a fundamental human right and the core belief of any religion. Religious texts talk about love of the world around us, love of God and most importantly, love for one another.

It is currently illegal to be LGBT in 70+ countries and punishable by death in over 10 of them. This was a step in the right direction for Australia and we can only hope that that the rest of the world follows.