LinkedIn, a social networking site designed to post resumes at a professional level, has been accused of fostering an environment that allowed job recruiters to hire based on implicit racial bias

Atharv Bhavanasi
and
December 11, 2020
in
Race
Courtesy of NPR 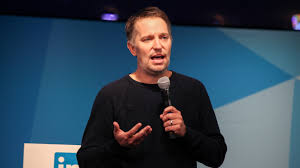 LinkedIn, a social networking site designed to post resumes at a professional level, has been accused of fostering an environment that allowed job recruiters to hire based on implicit racial bias. Recently, LinkedIn has transformed into a booming platform of users continuously engaging with the app. The increase of users is credited to the coronavirus pandemic, forcing people into quarantine with nothing left to turn to but their devices.

However, problems have started to occur on LinkedIn, namely references of racial discrimination are being silenced on the media platform. LinkedIn’s content moderators may be a root cause of the silencing voices who are fighting injustice among the workplace.

Aaisha Joseph, a diversity consultant, experienced a few of her posts being taken down due to violating the site’s policies. According to the New York Times, “Ms. Joseph, who lives in Brooklyn, was able to see it when she viewed her own page, but no other users could — a practice known as shadow banning.” When Ms. Joseph attempted to repost her original content, LinkedIn removed the post, writing that the post included “harassment, defamation or disparagement of others.”  In June, LinkedIn CEO Ryan Roslanky held a global meeting to discuss racial inequality and to drive more equitable actions. The results were quite frightening.

During the meeting, members of the staff were allowed to leave comments anonymously, but this produced a breeding ground for Black Live Movement skeptics.  Outrageously, several of these comments equated diversity hiring in LinkedIn with racism against white people. The Daily Beast reports a few examples of such comments,  “I believe giving any racial group privilege over others in a zero sum game would not get any support from others. Any thoughts on hurting others while giving privileges with the rosy name called diversity?” and “As a non-minority, all this talk makes me feel like I am supposed to feel guilty of my skin color. I feel like I should let someone less qualified fill my position. Is that ok? It appears that I am a prisoner of my birth”.

However, these comments fail to realize that having a greater emphasis on diversity will not prevent qualified employees from joining the company. Furthermore, some members of the anonymous staff complained that violence against white people was under covered and attempted to pivot the conversation to black-on-black crime instead, a common tactic that anti-BLM supporters use to deflect focus from the issues of systemic racism and police brutality. Comments included “Blacks kill blacks at 50 times the rate that whites kill blacks. Usually it is the result of gang violence in the inner city. Where is the outcry?”. Roslanky publicly apologized for the racist comments, but it unfortunately hasn’t solved any problems.

In September, LinkedIn posed a question on its own company page, asking “What are the best ways to normalize having conversations about race and anti-racism in the workplace?”. Responses were quick to point out the irony of the question and the flaws LinkedIn has not yet fixed. Phil Mole replied, “I have seen cases in which individuals who harass Black women on this platform have maintained their accounts while those who speak out against racism and prejudice have had accounts suspended,”. LinkedIn did not respond to any of those comments, in fact of the hundreds of comments they responded to 5 users, 4 of them saying “Thank you for sharing” and “Nicely put”. To sum it up, LinkedIn has attempted to solve its racial issues but it's simply not enough. As a multibillion dollar corporation that is responsible for the suppression of voices who are fighting against discrimination and inequality in the business world, LinkedIn must do better.