Why are we failing to counter global warming despite ever-growing support for the climate movement?

Taskinul Huda Saquib
and
August 9, 2021
in
Activism
Courtesy of the Brookings Institution 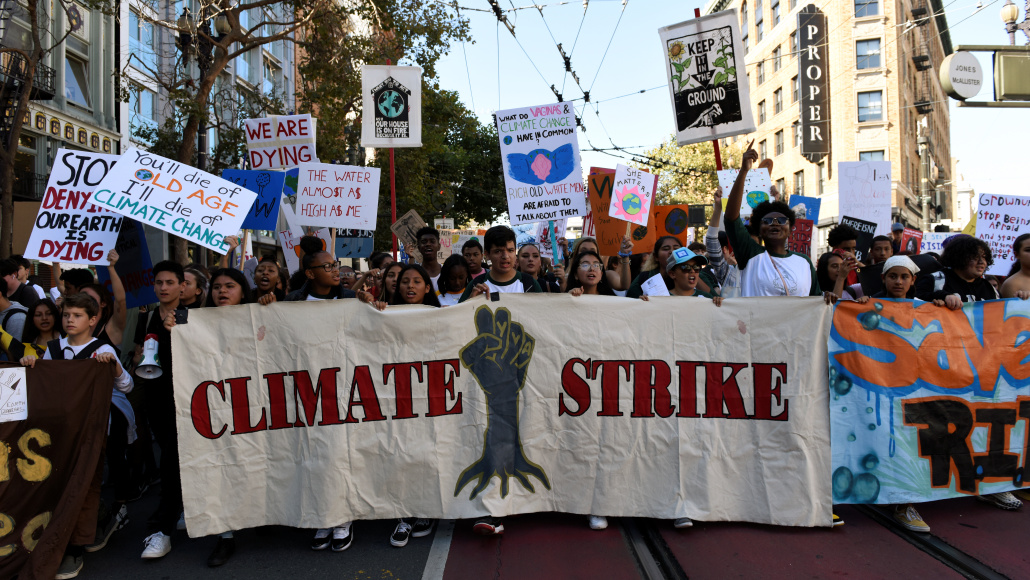 In the 1990s, activism began to make communities aware of the global warming driven by human-induced emissions of greenhouse gases and the resulting large-scale shifts in weather patterns. It has been 31 years since advocating for climate justice and running climate movements across the world.

Despite these efforts, last year was the second-warmest year on record based on NOAA’s temperature data. The 2020 surface temperature was 1.76* F warmer than the last decade of the twentieth century. Due to excessive heat and fire, the 2020 season was record-setting for the state of California and the United States as a whole. NIFC reported on the morning of this report that 79 large fires and complexes burned 1,448,053 acres in only seven months of this year.

Beyond that, New Yorkers experienced an eerie Wednesday morning on July 21 and witnessed the city’s worst air quality in 15 years caused by the western wildfire smoke. In Indiana, the Department of Environmental Management is asking its residents to reduce their outdoor activity time to get a slight relief from inhaling the polluted air of city areas.

Now, the questions must arise: why are we failing to decrease the threats of global warming when we regularly find more and more people joining in our climate movement? Why are climate activists being ignored by the 'elites'? Why is the youth involvement in this protest not swaying the attitudes of governments and lead politicians? Is it an outcome of not following the steps of the creation of a social movement?

If we seek the answers, we could discover some truth behind this failure. For the last three decades, environmentalists have diligently lobbied their governments to cut off carbon and methane emissions. Activists have visited the industrialists and requested them to depend on green energy and decrease the overuse of fossil fuels. Obviously, they have succeeded in creating some sentimental pools that brought the country leaders together at the Kyoto Protocol and the Paris Agreement through the support of the UN. But at the end of the day, those leaders and their think tanks have failed to take meaningful action based on the progress on public policy.

Now, numerous allegations must be raised against either climate groups or governments and their public. Commoners will blame the climate movement rather than governments and industries. They will charge the scientists for making people either too scared or not enough. The diplomats will be criticized for spending most of their time at the U.N. to create resolutions fully ignoring their responsibilities towards the broad public.

When on the other side, these environmental organizations speak against the public's irresponsibility and denial of the warnings given by scientists. Pessimistic people have defined it as a “problem from hell” and took resignation from duties. But any of these can’t be acknowledged as a barrier to the success of the climate movement except creating some short-term crises which have been overcome most successfully by all of the activists and they have been able to convince a large portion of the world population to become their supporters.

So, what is the main problem? Who are the main culprits? In reality, it’s not complicated at all. A very simple measurement. The culprits are the world’s biggest, richest, and most powerful special interests who have the sum of the total price of the existing shares and bonds which is worth $ 10 trillion. But not all of them are engaged in the thwarting mission of the climate movement. It’s those 25% of the stakeholders who own the fossil fuel industry of the world. They are still forcing the government and bribing the politicians to stop taking action against climate chaos. Oil, gas, and coal companies are contributing majorly to the failure of the climate movement because they are still investing to produce more and more non-renewable energy materials and marketing these around the world carelessly. So, if they don’t care about the changes in the energy-producing system and don’t move to set up a green energy facilitated industry, we can never change our world.

This prompts the question about how we can deal with this $10 trillion group? It’s undoubtedly a massive target to cope up with, and no specific answer that any power will be aligned. Although our young activists intend to persuade business magnets to align with our proposals, many find themselves repeating carbon footprint speeches one day and advocating for social forestry the next.

Ultimately, the target is not to reach out to the mass population, but to get in touch with powerful groups who own one-fourth of the stocks and shares of the world market through buying and selling oil, gas, and coal.