While some brands do legitimately support the LGBTQIA+ community, there are too many large corporations that monetize the rainbow flag

Anushka Sonawala
and
June 21, 2021
in
LGTBQ+
Courtesy of WIRED 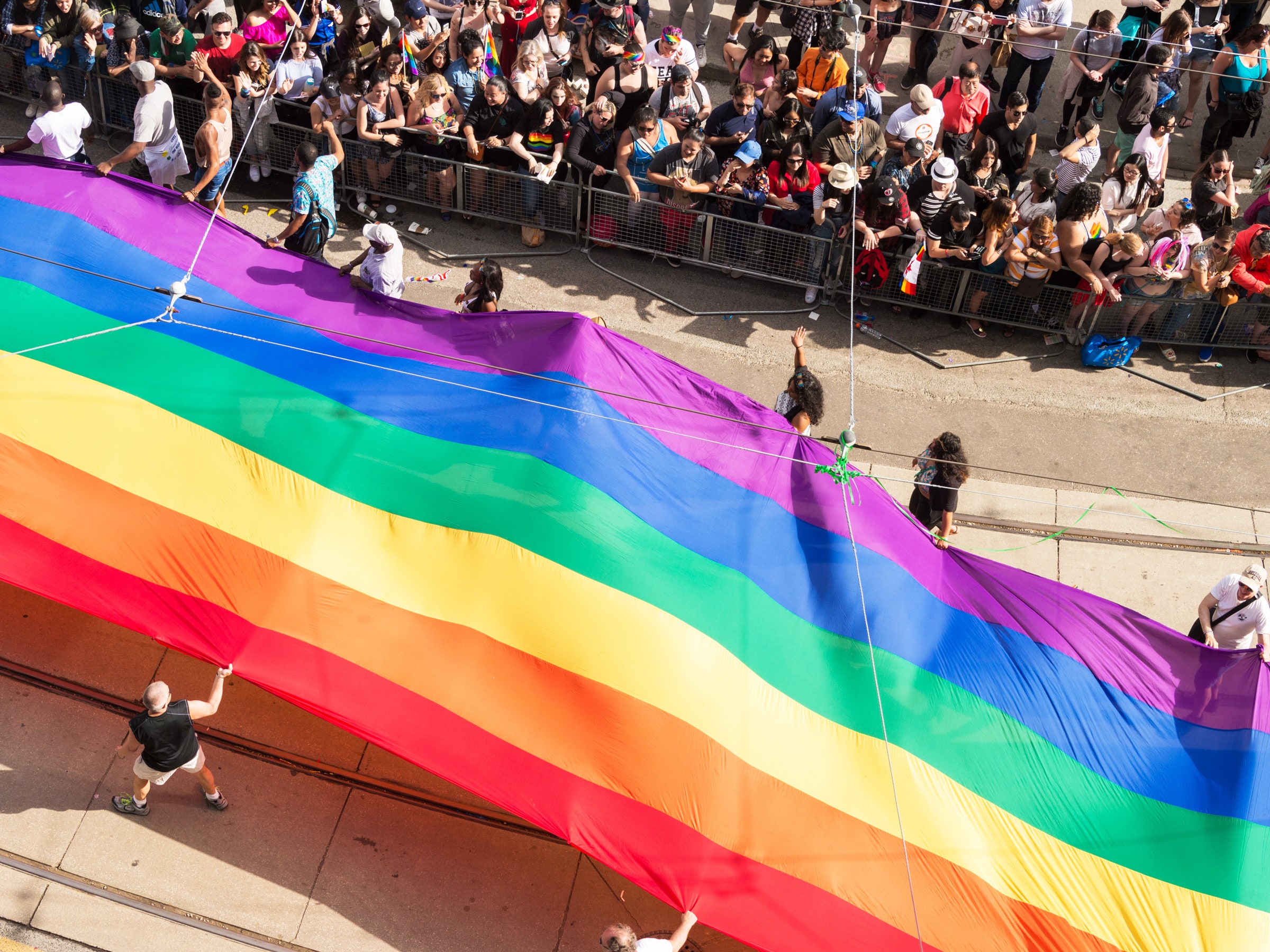 Companies like AT&T and Comcast have slapped rainbows onto their logos and banners for the month of June, in efforts to come off as allies to the LGBTQIA+ community. Peculiarly enough, Forbes reports that AT&T has donated a total of $2,755,000 to 193 homophobic politicians, including Mitch McConnell, and his 2020 campaign while the Equality Act was being blocked. Additionally, Comcast has purportedly donated a hearty sum of $2,116,500 to 154 anti-gay politicians. Sadly, AT&T and Comcast aren’t the only companies that have hypocritically violated their public policy. By slapping rainbows and LGBTQIA+ flags on all their products, numerous capitalist companies are effectively manipulating their customers into buying their goods. Consumerist brands have been using performative tactics to display superficial allyship for diverse communities and to attract a new demographic. Fortunately, attention to these twisted strategies has increased substantially on social media, and the concept of this manipulation has been labeled as “rainbow-washing”.

The rainbow has now become a new marketing strategy for dominant brands that want to expand their audience to gain more money. Unfortunately, this strategy seems to be working. According to reports in a BBC article, over 70% of homosexuals are drawn to companies that display same-sex clips or images in their advertisements. As per a Forbes article, approximately 66% of LGBTQ+ adults would be loyal customers to companies that are supposedly supportive of the LGBTQ+ community. Shopping should ideally be a research-free process; however, many deceitful brands’ campaigns require thorough scrutiny before an individual can morally buy into them. Since shopping is more of an impulsive hobby for a majority of people, a rare minority of people take the time to comprehensively research the legitimacy of a brand’s campaign.

Rainbow-washing also enables the generalization of the symbolism of the rainbow flag. As the meaning of the community’s diverse flags is constantly diluted and undermined, the historical significance and struggle for pride are simultaneously incorrigibly washed out. By making it a generic symbol of “allyship”, it blurs out a complicated past of struggle and victory. These companies are unstoppably making pride a “cute trend”, rather than raising awareness about issues that the community faces. The LGBTQIA+ community is being used, as these companies profit off of their repression. As an average consumer, the 7-color spectrum seems palpable to me as I walk down passages in malls. However, this temporarily reinvented color scheme in stores teaches me nothing about the Stonewall Inn Revolution of 1969, or the first Pride Parade in India in 1999, or perhaps the first Pride celebration in France back in 1981. Regrettably, capsule collections are typically incapable of capturing the deep and long history of the LGBTQIA+ community’s past.

Although companies might continue flaunting and commodifying rainbows and various LGBTQIA+ flags, there are ways for you to overcome the cycle of gullibility. Firstly, it’s important to establish which companies fund anti-LGBTQ+ campaigns. For huge corporations, queer representation is key. Try researching about the internal composition of a company’s teams. If the company does hire queer people or includes comprehensive policies to protect workers of the LGBTQIA+ community, it might be a good sign! Moreover, inspect its allyship calendar. Is the brand only vocal about LGBTQIA+ issues during Pride month, or do they make a year-round effort to amplify the importance of diversity? If a brand is silent on occasions like Transgender Day of Visibility, they’re probably rolling out the rainbows solely in June to increase their profits. Next, verify where your money is going, especially during Pride month. When companies promise that a percentage of their proceeds is being donated, they may be perpetuating percentages to use consumers’ naivety to their advantage. Likewise, when you are a loyal customer to certain brands, your money may be funding discriminatory campaigns. For example, the fast-food brand Chick-fil-a funds hate groups and orthodox politicians with billions of dollars. Ensure that your money isn’t going into the wrong hands by boycotting discriminatory brands. This month, be on the lookout for businesses that partner with LGBTQ+ organizations and endorse LGBTQIA+ influencers, rather than their usual run-of-the-mill partnerships.

While some brands do legitimately support the LGBTQIA+ community, there are too many large corporations that monetize the rainbow flag. Hold brands accountable by boycotting gender-discriminatory companies, raising awareness on public platforms, and calling out performative allyship. Efforts to support the LGBTQIA+ community must be authentic and transparent. If companies do want to own the right to display encouragement for a diverse range of people, they need to sustain their movements year-round. The LGBTQIA+ community’s flag is not a trend or a style, it’s symbolic, meaningful, and full of history. Pride started as a riot and was nothing like the celebration it is today, and that’s a topic that companies aren’t willing to discuss. Rainbow merchandise that incites the oppression of LGBTQ+ individuals doesn’t challenge norms. Corporations need to extend their efforts by hiring qualified LGBTQ+ employees, or supporting diverse creators. After all, actions speak louder than words.