“Immigrant families are being split up and children are living in fear and silence.”

Andrew Kim
and
November 22, 2021
in
Immigration
Courtesy of the Associated Press 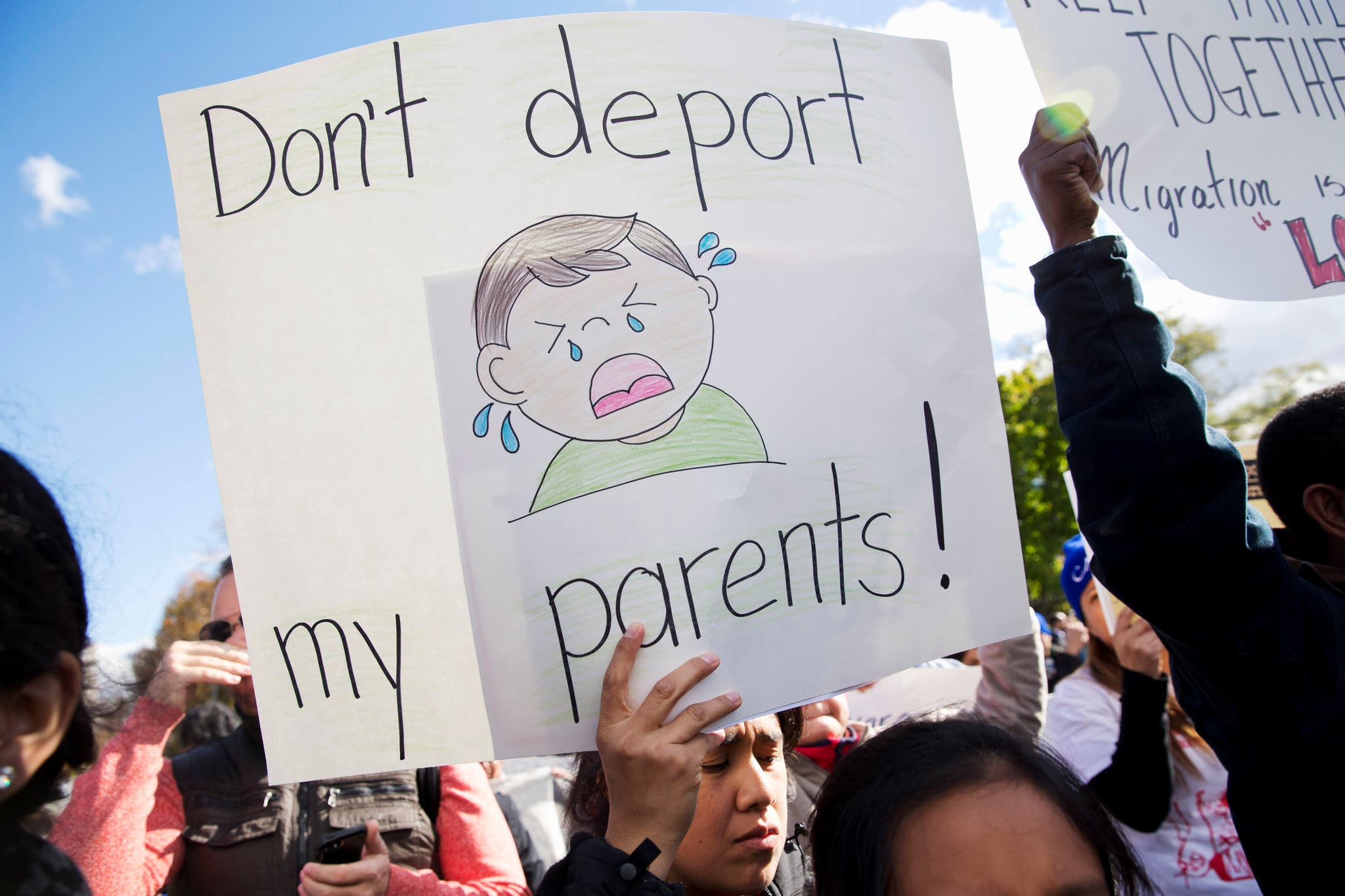 For many adults and children in Latin America, moving to the United States seems like an enticing path to new and improved lives; however, many of those immigrants are faced with an innumerable amount of issues, with the primary one being deportation.

Deportation affects families even before they are directly confronted with it. Over 2 million immigrants have been deported from the United States in the past decade, where they hoped to live better lives and escape the violence, poverty, and oppression of their home countries. Many children live with the fear and anxiety that their parents will be the next victims. Of the 9 million children whose parents are undocumented immigrants, roughly half of them are US citizens. Yet, unlike their counterparts with parents of legal status, these children have to live in constant fear of their parents getting arrested, detained, or deported, which causes them psychological anguish. Experiencing the arrest or deportation of their parents can negatively impact their mental health and complicate their preexisting stress, according to the results of a study led by Luis H. Zayas.

Furthermore, the study found that children of immigrant parents are taught to live their lives in silence, with binding rules governing their lives: “be silent about your family, tell no one about us” and “be still, don’t draw attention by anything you do.” In fear of exposing their parents, children forgo educational opportunities and suffer from depression and social isolation, as found by a mental health study by Gonzales, Suárez-Orozco & Dedios-Sanguineti. Even before children and adults are directly confronted by deportation, the mental degradation that results from their fear prevents them from achieving their purpose of immigration, whether to improve their living conditions, learn, or earn money.

Families that are directly confronted by deportation face severe consequences, having to return to their dangerous country where they are met with extreme mistreatments such as kidnap, torture, rape, and murder. Deportation invariably splits up family ties: researcher at the University of New York Joanna Dreby found that deported parents find it challenging to support their family. The trauma and stigma of their deportation impede and severs family relationships. For children, the dissolution of their family can have permanent consequences to their mental health and make them feel abandoned, isolated, and depressed. These children can become fearful and mistrustful of public institutions such as schools, health clinics, churches, and social services, preventing them from reaping the full benefits of their citizenship.

Living under the threat of deportation leads to monumental impacts on the mental health and living conditions of immigrant families, and thus policy changes and program developments are necessary to ensure that families stay together in a stable pathway to citizenship. Starting with policy changes, though the Immigration and Nationality Act authorizes the cancellation of deportations that cause undue hardship to US citizens, it only applies to the citizen’s spouse, parent, or child. Unfortunately, the primary caregivers for many citizens with immigrant parents are their grandparents. For this reason, the act should allow the cancellation of deportations of a citizen’s grandparents. This policy change would allow many citizen children to receive the affection and care they need without their parents. As for program developments, communities should support immigrant families by providing mental healing and support networks to show children and families hope and foster their wellness.

There are many things that we, as teenagers, can do to support immigrants, and by getting informed about their situation, we are already better prepared to respond to misinformation and more inclined to speak up to our community. We can take smaller steps like sharing information or volunteering. We can accept longer strides by calling our representatives to make national policy changes or contributing to bond funds to help immigrants get attorneys. Whatever steps we may take, small or monumental, we must continue to make those steps and walk forward for the current conditions of immigrant families to improve.