Names have power, and no one wields it as mightily as Chanel Miller.

Yael Lenga
and
December 23, 2019
in
Women's Rights
Courtesy of Elle 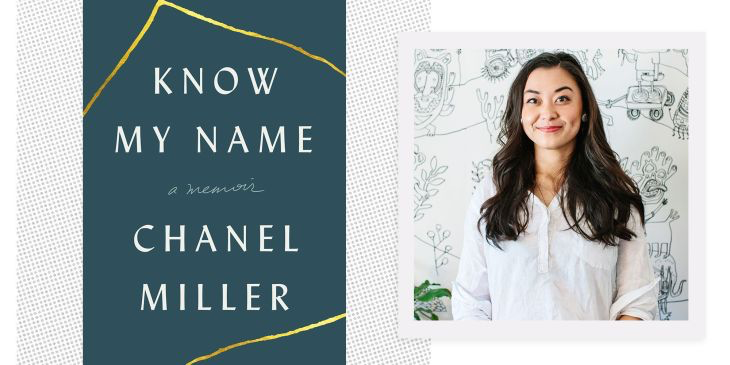 Names have power, and no one wields it as mightily as Chanel Miller.  Brock Turner, a 19-year-old student at Stanford University, sexually assaulted Miller in June of 2015. Despite the evidence brought against him, he was sentenced to only a six-month term in prison, of which he served three months. The case grew into a media frenzy -- every aspect of the case dissected and discussed. The nicknames Turner received portrayed his conviction as a cruel robbery of his future. Known to some as the “Stanford swimmer” and an “Olympic hopeful”, the pity Turner received is a clear example of how race, gender, and affluence impact our perceptions of criminals.

While Turner received the brunt of the media attention, his victim remained in the shadows, known only as Emily Doe. While Miller’s identity was protected, she still had to endure the cacophony of voices dissecting her most vulnerable and painful moments. The world could finally hear this faceless victim’s voice when BuzzFeed published her victim statement anonymously in June 2016.

She told Turner: “You don’t know me, but you’ve been inside of me,” and thus began recounting her trauma and her subsequent agony in vivid, unrelenting detail. In the same breath, she mourned the person she once was while accusing Turner, shredding his lies to pieces. Her voice was strong, unwavering, overflowing with anger and grief. The statement was incredibly moving, read by millions almost instantly -- yet the world still called her Emily Doe.

Three years later, Chanel Miller has taken a courageous step into the spotlight, erasing Emily Doe with her memoir “Know My Name”. This book does not bury the darkest parts of her story, instead capturing the gut-wrenching pain of her fight for identity and justice. We learn about her life before that awful night. We watch her realize, excruciatingly slowly, that she has awoken with her body violated and her life changed. We see her struggle with nightmares, depression, and the judicial system — this memoir expands our image of Chanel Miller, making her more than just a victim. “Know My Name” is heart-breaking, poignant, beautifully written, and humorous.

In writing her memoir, Miller found herself sorting through court documents, records, and statements she had never seen before, reliving her trauma countless times. Yet, as she points out in her book, “there is a lot of power in being able to craft the narrative again.” Rape robs someone of their power, and with that their identity is stolen, forever changed. She writes, “I had a voice, he stripped it, left me groping around blind for a bit, but I always had it. I just used it like I never had to use it before.” Despite all she has endured, Miller has managed to reclaim her power by recounting her story.

The aftershocks of the Turner case can still be felt today. The law in California has since been changed to mandate a minimum sentence of three years for any sexual assault against a drunk or unconscious victim. Nationwide, her anonymous victim statement helped set in motion the #MeToo movement, which has held countless powerful men accountable for their abominable actions and has begun chipping away at rape culture. Chanel Miller’s bravery has emboldened women globally to stand up against sexual violence. It’s time to know her name.