In North Lauderdale, Florida, Lucca, a Black teenager, was senselessly beat by police officers even though he committed no crime 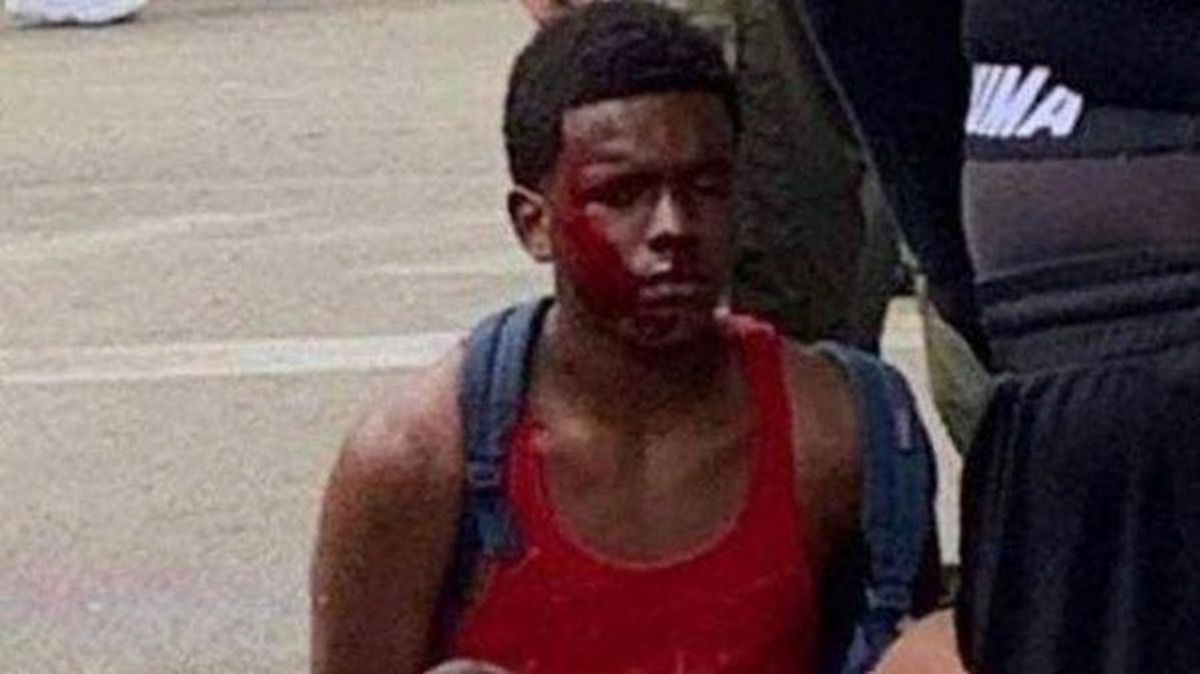 After receiving reports of a fight brewing in the parking lot of a local McDonald’s, North Lauderdale police officers cut through a large crowd of high school students gathered at the scene. As the officials began making arrests, Lucca, a Black 15-year-old, noticed that a cell phone belonging to a student being detained had fallen to the ground. While picking the phone up in an attempt to save it from the chaos ensuing around him, Lucca was pepper-sprayed without warning and thrown to the pavement by policemen, where he was repeatedly punched and jumped on. The officers continued to assault Lucca even as the crowd’s screams of “What are you doing?” and “He’s bleeding!” reached deafening levels. Lucca was charged with assault, resisting arrest and trespassing, all because he picked up a phone. Onlookers stared in horror at the young boy handcuffed on the street and gushing blood, helplessly aware that he had just been charged and beaten when absolutely no crime had been committed.

Soon after, the videos of the incident went viral on social media, accompanied by the hashtag #justiceforlucca. Bishop Talbert Swan, American prelate of the Church of God in Christ, shared a petition via Twitter “demand[ing] that @browardsheriff Gregory Tony drop all the charges against [Lucca], [and] fire and arrest the racist, rogue officers that used excessive force and brutalized an innocent 15 year old boy.” Despite what the officers said and denied after the incident, there is absolutely no doubt that Lucca’s assault was an act of racism and excessive force. While officer Christopher Krickovich insisted that Lucca had taken an “aggressive stance,” and that punching him repeatedly in the head was merely a “distractionary technique,” the video evidence saying otherwise is clear. Lucca was charged with “resisting arrest” because he had moved his arm in front of his face in an attempt to shield it from the officer’s blows-- a normal response to unexpected and extreme violence. Lucca was an innocent boy who was brutally attacked by police officers because of the color of his skin. The officers’ actions-- pepper spraying Lucca, taking him down, slamming his head into the ground three times, and punching his head-- were simply unjustifiable.

Hearing about police brutality regularly in the news has become common in recent days, however, for years, it had gone unnoticed and unreported. In the age of smartphones and cameras, it’s far easier to capture an assault like Lucca’s and publicly condemn perpetrators. These types of incidents reveal the frightening truth about our current society: this could have happened to any black boy, while a white boy likely would have walked away unscathed. LeBron James commented on the attack on Twitter, saying, “So wrong!! Hurts me to my soul!! To think that could be my sons.” It could have been his sons. It could have been anyone’s sons. Lucca’s assault despite his clear innocence highlights the terrifying relationship between black people and justice in America; the former is constantly targeted and hurt by the latter and is unable to prevent it, even if they are innocent. While bringing attention to this generality certainly is a step in the right direction, unless officers like Krickovich are punished and the charges against Lucca are dropped, the situation will do nothing but escalate.