On November 3rd, Quawan Charles, a 15 year-old Black boy from Baldwin, Louisiana was tragically discovered dead; sadly, the circumstances of his death are comparable to that of Emmett Till in 1955

Aditya Datta
and
November 24, 2020
in
Black Lives Matter
Courtesy of The Advocate 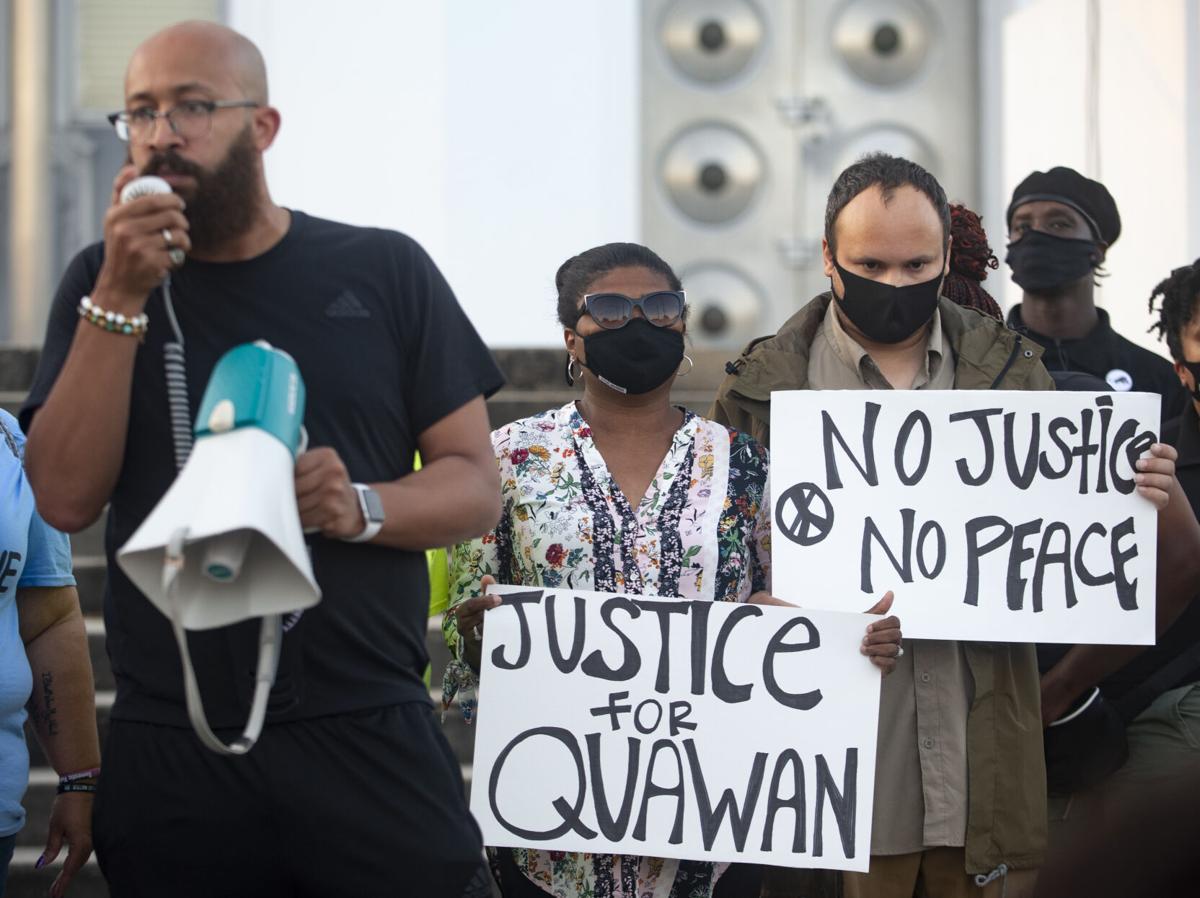 On October 30, 2020, Quawan Charles, a 15 year-old Black boy from Baldwin, Louisiana went missing . Four days later, he was found in a sugarcane field about 25 miles north of his home near the Iberia Parish town of Loreauville, Louisiana. Sadly, Charles, lovingly called ‘Bobby’ by his family and friends, was discovered dead.

The Office of the Iberia Parish Sheriff has stated that they are thoroughly investigating the ''suspicious circumstances'' of the fatality, however Bobby's family is still looking for answers. "We believe that if he had been of a different color that this will be taken a lot more seriously," claimed the family's attorney Ronald Haley. "We would not be talking today. About 13 days have gone by with no leads, 13 days have gone by with no answer, 13 days have gone by by without (the) official cause of death...This family deserves that Bobby will be laid to rest". The Coroner's Office released a preliminary report on Friday that cited the cause of Bobby's death to be 'likely drowning'. A full report as stated by the office could take up to 12 weeks, but as per coroner Dr. Carl Ditch, Bobby died due to excess of muddy water in his airways and hyper-inflated lungs post drowning. However, Bobby’s mysterious disappearance and the horrible disfigurement to his face prompted several family members to suspect foul play. On Wednesday, Quawan’s cousin, Celina Charles, told The Washington Post that she found the drowning explanation “bogus” as “His face says different”. Quawan's mother, Roxanne Nelson, released a photo of Charles, revealing his disfigured face. Family advocate Chase Trichell described the graphic to be ‘gut wrenching’ ; Nelson’s office has posted the image on Facebook to make obvious how heinous his death was. Bobby’s face bears a tragic resemblance to Emmett Till ,the 14-year-old Black boy who was lynched in Mississippi in 1955, and whose horrific death sparked the Black Civil Rights movement in the 1960s. Bobby’s family has commissioned for an independent autopsy owing to lack of transparency.

No one is officially being interrogated yet, but the police have labeled his death “suspicious”. "I want to assure the public that I, and my team, are doing everything we can, and following every lead, to gather evidence into what happened in the untimely death of Quawan “Bobby” Charles," Iberia Parish Sheriff Tommy Romero stated in a news release.

“Any loss of life is a tragedy and that is especially true when it is a young person. Although we believe it is important not to compromise any part of our investigation, we are prepared to release some details so that the public can be assured we are not resting in our effort to find the truth,” he said.

The Louisiana authorities and law enforcement has faced heat from the public over their delayed actions and many have claimed Bobby’s untimely death to be racially motivated. Demonstrators and local activists have reprehended the police to have not followed the proper protocols for this case and have deemed their sluggish response as evidence of racial bias.

The Charles family has found tremendous support from American Civil Liberties Union of Louisiana in their calls for justice. “The disrespect and lack of transparency demonstrated by local officials in response to Bobby’s tragic and suspicious death is unacceptable,” Alanah Odoms Hebert, executive director of ACLU of Louisiana, said in a statement. “We join the family in demanding a full and transparent investigation into the circumstances surrounding Bobby’s death".

Bobby was described by his relatives as a quiet reserved boy who was very fond of the outdoors. He suffered from dyslexia, had an understated sense of humor, and preferred to be on his own. Many have questioned the authorities for not taking the case seriously and aired their frustration as they firmly believe circumstances would be different if a white boy had suffered like Bobby had. Amidst a lot of ‘ifs’ and ‘buts’ in this mysterious tragedy, in a live streamed interview of his radio show on WTQT-FM, NAACP Louisiana Conference President Michael McClanahan called Bobby's death to be  a result of 'hate crime'. A fundraising page was set up at GoFundMe to raise $15,000 to cover the expenses of Bobby's independent autopsy and funeral. As of November 14th, it has collected more than $245,000 from 12,800 donors.

Justice is equal rights for all and needs to be served irrespective of the victim's caste, creed, or complexion. As a community, it's time to step up, and raise our voice for people like Bobby. The loss might be someone else's, yet the fight is ultimately ours.

"A time comes when silence is betrayal" ~Martin Luther King.