Julius Jones of Oklahoma, a Black man, has been in prison at the Oklahoma State Penitentiary for nearly 18 years for a crime that he didn't commit 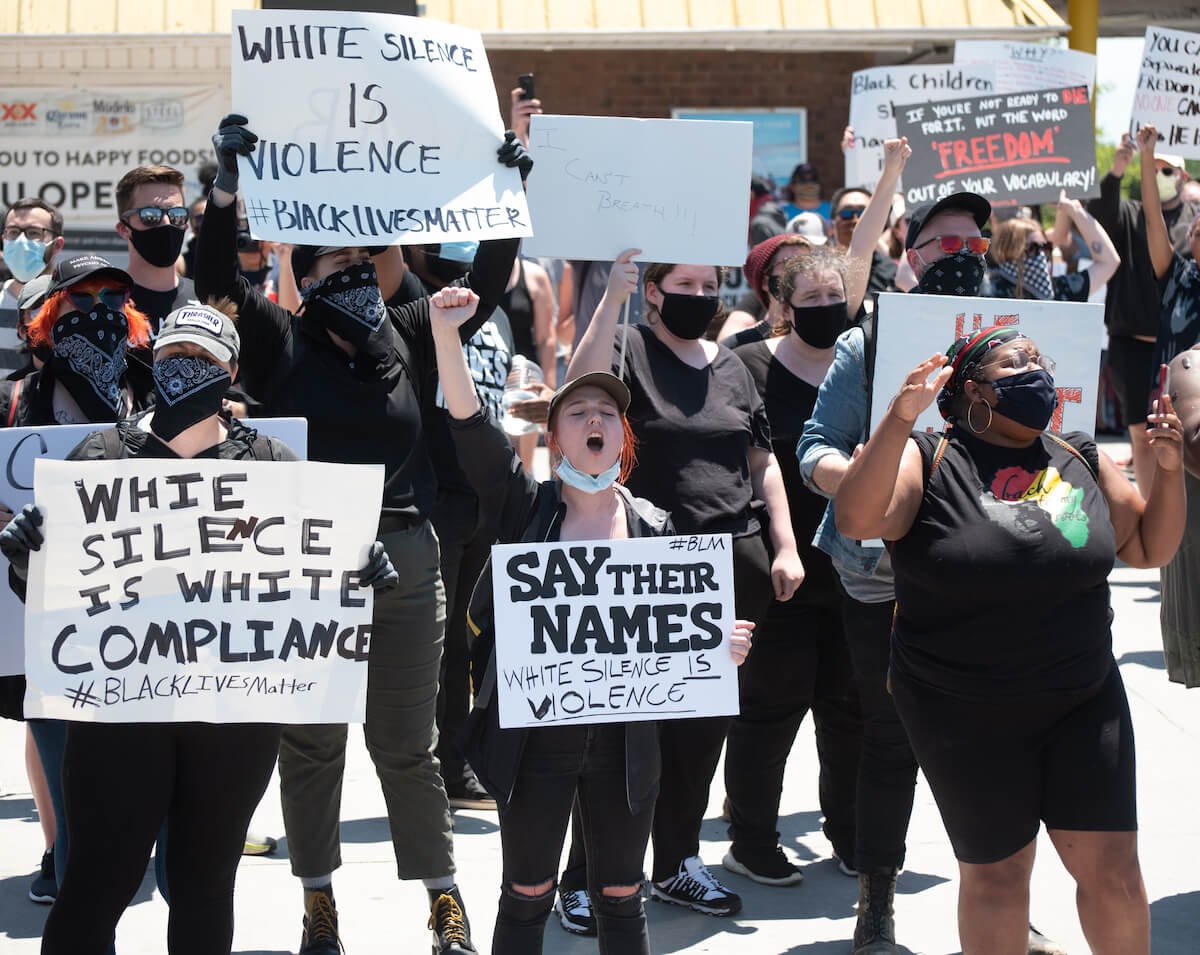 Julius Jones of Oklahoma, a Black man, has been in prison at the Oklahoma State Penitentiary for nearly 18 years for a crime that he didn't commit.

In 2002, Jones was charged with first-degree murder of 45-year-old businessman, Paul Howell. Howell died after being shot in the head when he was in a Chevy Suburban at his parents’ driveway in Edmond, Oklahoma. The person who shot him was described as a bandana-wearing Black man, who was in a white skull or stocking T-shirt. After a three-day search, 19 year-old Julius Jones was arrested. Jones filed his report begging for leniency, asking for his sentence to be waived. He has pleaded his innocence time and time again, but he is still scheduled to be executed in the fall of 2020."As God is my witness, I was not involved in any way in the crimes that led to Howell being shot and killed," said Jones.

Julius Jones was a 19 year old model student- member of the National Honor Society and leading member of his school’s football, basketball and track teams, attending the University of Oklahoma on an academic scholarship. At that time of crime, the only eye witness, Howell’s sister, claimed that the culprit had an inch of hair sticking out of the cap, but Jones, at that time, had very short hair. Also, he was with his family at the time the crime took place- however, none of his relatives were called as witnesses during the trial, eventually leading to his lawyer admitting that he had failed the young student athlete.

The whole process of the trial was clearly not transparent or unbiased, as it is evident that at least one of the jurors harbored racial bias against him. His lawyer had also not defended him adequately. Jones was allegedly set up by his codefendant, who was the only person whose description matched the culprit. His codefendant was later heard bragging about how he “set Jones up”, and even the media and public turned a deaf ear to the racist remarks of one of the jurors. There were witnesses claiming how Jones was at his parents’ house miles away. Yet, Jones has been in jail for twenty years, with only an hour in the sunlight daily. He’s being punished for something he was not remotely involved in. How is this a decent legal system?

Most people are oblivious to the The Julius Jones Coalition established in 2019 consisting of his family and friends, to demand justice for Black Americans in the same position as him. However, with the recent furor of crimes against Black people, the group has gained support and boost from various leaders and celebrities, who have also vouched that he is indeed innocent. Many professional athletes have been in favor of him being freed, and have written letters and petitions to the authorities demanding atonement for the various injustices committed against the 37 year-old. The number of all the athletes from Oklahoma like NBA players Blake Griffin and Russell Westbrook associated with the petition have been instrumental in making sure that the petition is not ignored by the authorities or the State.

Unfortunately, Julius Jones definitely is not the first or last victim, unless we step up to the forefront and try to stop the execution through petitions and protests. Those fighting for his emancipation are trying hard to gain as much attention to the case as possible. A couple hundred feet from Jones' prison cell is the death chamber, remodeled since its last use. The past year saw an unanticipated rise in the injustices committed against Black people, from the tragic murder of George Floyd and Breonna Taylor to the unlawful execution of Brandon Bernard. The first thing we need to do is rid our minds of previous prejudices and deconstruct our own internalized biases. Our appearances are varied and we must ensure that nobody is victimized because of something as superficial as skin color or ethnicity.

The justiceforjuliusjones.com and change.org petitions have amassed a large number of signatures in favor of Jones respectively. Why should someone be victimized just because of racial prejudice harbored by someone in the jury? The legal system of the United States should be strengthened by inducing diverse juries and members. We need to put an end to the overwhelming bias and racism that exists within our criminal justice system. The world needs to unite and take the first step - now.