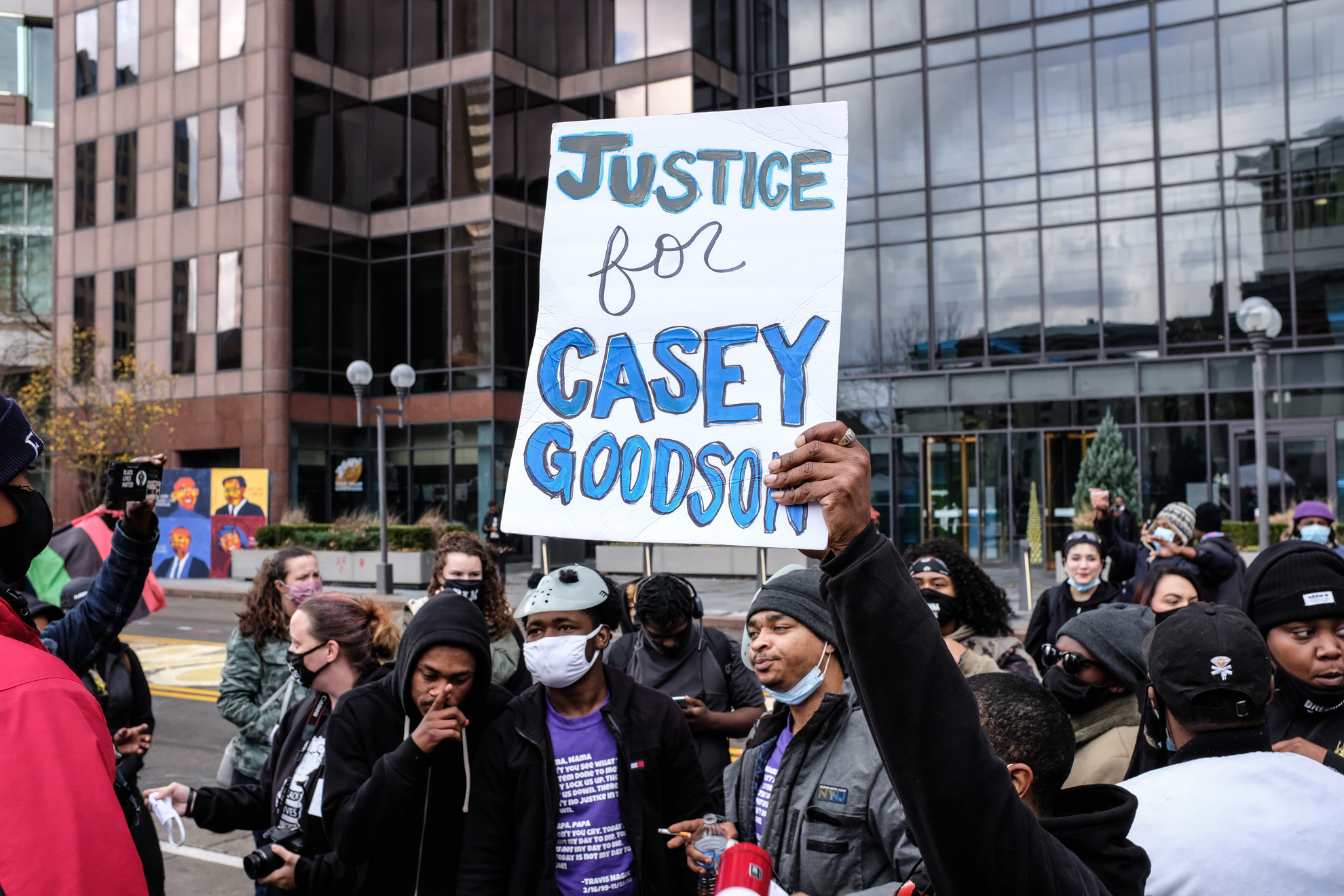 Casey Goodson was a 23-year-old African American man who, on December 4th was returning to his home in Columbus, Ohio after a dentist appointment. Following his dentist appointment, Goodson had gone to Subway to pick up sandwiches for his younger brother and his grandmother. As he opened the door, he was fatally shot and fell into the kitchen where he was found dead by his family, his keys still in the door. He was shot by Jason Meade, the sheriff’s deputy working for the U.S. Marshal’s fugitive task force. Meade was out looking for violent offenders and shot Casey (who was not a violent offender). Casey was an Ohio concealed carry permit holder and was legally armed at the time of the shooting, however, Meade had no reason to shoot.

Both the deputy’s lawyer and the attorney supporting Goodson have contradictory accounts of what actually happened the night of the shooting. The deputy’s lawyer claims that Goodson had a gun pointed at the officer. On the other hand, the attorney for Goodson’s family says that “neither the City of Columbus nor any other investigatory agency has alleged that Casey Goodson pointed a gun before Meade pulled the trigger… It is also critical to remember that often the evidence does not support these claims.” Since there is no body-camera footage (despite the fact that the deputy should have been wearing a body-camera), there is no way to have full transparency on what actually happened before or during the shooting. Casey had no criminal background and was not involved nor a target in an investigation. The Columbus Division of Police is going to be investigating the shooting and the US Attorney’s Office in Southern Ohio will be conducting a civil rights investigation.

This shooting is just one of many signs that there needs to be more accountability and transparency in the police departments across the nation. Throughout the past year, we’ve seen countless shootings around America and one death after another. The Black Lives Matter movement increased conversation about this topic and called for change surrounding matters of racial inequality in the American government, especially in terms of the police department. However, even with the increase in protests and awareness for these issues, the brutality and shootings don’t stop. According to CBS News, in only the first 8 months of 2020, police in the United States killed 164 Black people. Now, even after the Black Lives Matter Movement and the increase in activists calling for change, nothing really has changed. Police have killed at least one Black man or woman every week in 2020.

The Columbus City Council and Franklin County have passed resolutions that have called racism a public health crisis; acknowledging that people of color face disparities in many areas of life including but not limited to education and crime. While they had promised to address these disparities, the two shootings in the past month (one of them Casey’s) reveal that not much has been done. It seems as if the protests and calls for change are falling on deaf ears, but there are still things we can do to help.

The first thing to do is to read more about what’s currently happening in terms of the Black Lives Matter movement. One of the most prominent issues is the discussion about reparations in California. When slavery was abolished in 1863, former slaves were not compensated for the work they did. While governments have looked into reparations for African Americans that are descendants of slaves, it hasn’t happened yet. Senator Cory Booker of New Jersey has recently introduced a bill to study these reparations and has the support of President Biden. We should all be educated and bring awareness to the reparations discussion and other discussions about reform.

Each of us must also promote diversity and inclusion no matter where we are. This can be in the workplace or in school. If you’re working, diversity doesn’t just mean hiring more BIPOC (Black, indigenous, and people of color) individuals, but also involves digging deeper into racial inequalities embedded in the job or company.

Those who have the means to do so should donate. You can donate money to many places, including the bail funds for protesters who were jailed, like the National Bail Out or The Bail Project. You can also donate to the memorial funds of victims of violence. Some examples are the Elijah McClain Memorial Fund or the Justice for Breonna Taylor fund.

And finally, we can’t forget to support community change groups. There are so many organizations that are trying to bring out proactive change in small communities—those without the ability to donate can volunteer. Some community change groups like Black and Brown Founders focus on empowering members of the community for advancement opportunities. The Black and Brown Founders allow Black and Latinx entrepreneurs to create their own tech businesses. The Black Girls Code initiative assists young girls in learning skills related to technology— and these are just two of many initiatives that you can participate in to support the Black community.