This kind of discrimination and racism present in Italy does seem to have a straightforward cause: the apparent lack of diversity

Chiara Bramante
and
June 16, 2021
in
Race
Courtesy of Al Jazeera 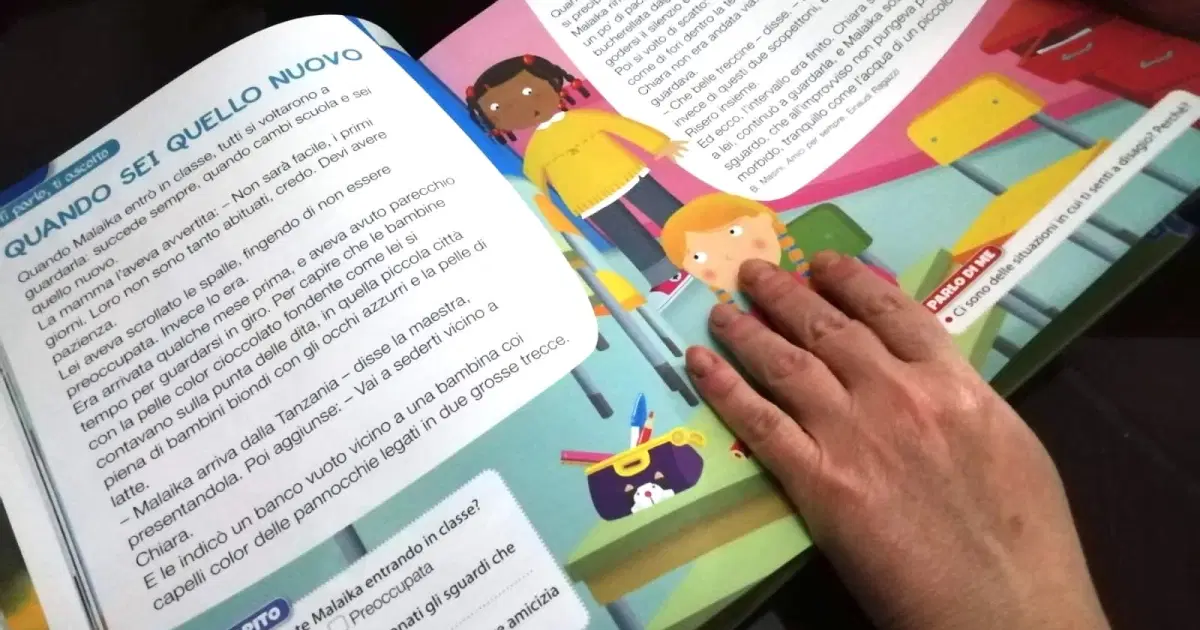 Stereotypes. Every culture has them. And more often than not, other communities and cultures around the world use stereotypes that they learn to make assumptions about another. When these assumptions are used unjustly, it’s called discrimination. As it turns out, Italy teaches young children who still attend primary school these stereotypes as a way to learn about the different cultures that they are exposed to. A survey was actually conducted by Pew Research Center in 2017, finding Italy to be the ‘most racist’ country in Western Europe.

Earlier on in May, an article was published on Al Jazeera, depicting an incident that happened at a school in Italy, when a parent overheard a story that was being told by the teacher via Zoom call and grew concerned. In this book, multiple Asian stereotypes were portrayed as true in the eyes of the writers. Although, this wasn’t the first incident where publishing companies were caught red-handed. In September of the previous year, an Italian textbook was removed from the shelves from an incident similar to the one aforementioned, but regarding people of color. One of the pages of this book, when the characters were in conversation, the illustrated child asked, “Are you black or are you dirty?”, only enforcing the racism that has ceased to disappear in this boot-shaped country.

Knowing that my ancestors lived in a country that had this kind of discrimination makes me extremely disappointed. But I suspect that Italy isn’t the first country to encourage these kinds of stereotypes, especially to their young.

This kind of discrimination and racism present in Italy does seem to have a straightforward cause: the lack of diversity. Italy is known for its amazing food, celebrations and overall ambiance. Although Italy is also known for its large population of Italian old people, when Covid-19 hit, it clearly wasn’t the best time for the country. It’s actually ranked #9 on the list of “Top 50 Countries With the Largest Percentage of Older Adults”, with older adults making up close to ⅓ of the population. From this, you can gather that immigration is something that Italy hasn’t received much of over the years, along with the entirety of Europe. And without immigration, there’s almost no chance that Italy will grow to become any less racist or any diverse.

This needs to be dealt with now more than ever because we don’t want the young, innocent children of Italy growing up to be afraid, mocking, or even judgemental of other cultures. Every culture needs to be embraced, and the more that we find in every country, the better it is.

Luckily, over the years, the percentage of immigration towards Italy has only been increasing, along with the diversity within the population as well. This past year, the immigration population has increased by over 100,000, the total percentage of immigrants now reaching close to 9% of the total population. It may not be considered much to others, but to Italy, it is a considerable increase, compared to the 5% in 2002.

And as the young children of Italy learn to live with other cultures, the more they will come to realize that there are not many differences between them. That they are all people, and shouldn’t be discriminated against because of what they do and where they do it.