What happens when rules are unjust, discriminating against basic human rights?

Srilekha Cherukuvada
and
December 23, 2019
in
Religion
Courtesy of NBC News 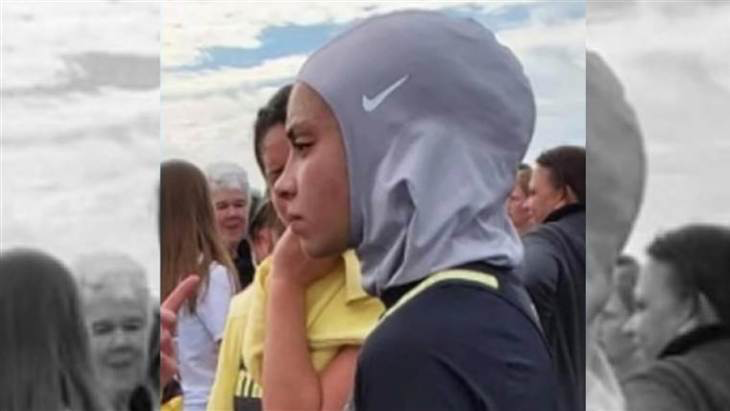 When the rules are unjust, we have to fight back. In this case, Noor Abukaram, a cross country runner in Ohio, was disqualified by the Ohio High School Athletic Association (OHSAA), for simply wearing a garment over her head. The religious symbol that she wore every day for three years was prohibited, leading to her disqualification.

The OHSAA has a required waiver that all participants must fill out to wear a hijab at the meet. Unfortunately, Abukaram’s coach didn’t get this waiver and because of this, the judges disqualified her. “There shouldn't have to be a waiver. You shouldn't have to go through extra steps for me to participate,” Abukaram said to her coach at the meet. Abukaram had to go through a preliminary uniform check, confirming that she was in proper attire. The insanity of this entire ordeal shook many citizens after Abukaram posted the story online.

“In the days before I posted it online, I took time to think about it and wondered, Is it really that big of a deal? There's really bad things happening in the world right now,” Abukaram said. “And then I realized that it was my duty to come out and talk to people about it and make sure that this never happens again.”

Even worse is that Abukaram is not the only one being affected by the ongoing segregation of Muslims and their hijabs. A Deleware agency barred a Muslim workerfrom wearing her hijab in mid-October, which was very close to when Abukaram’s story came out. Moreover, there have been reportsof Muslim women not allowed to wear hijab in the police workforce and fired for not removing their hijabs when asked.

Many people believe that since 9/11 was so long ago, Islamophobia decreased or even completely disappeared. Unfortunately, it’s all still there. The fear and hatred towards innocent people—who have done nothing except try to live their lives peacefully— still lingers in many Americans. However, by speaking about the issue of this segregation against hijabs, by communicating, by starting a conversation, we are allowing the severity of this issue to sink in. Are we really going to stop a girl for running for wearing a piece of clothing?

The best way to get rid of this xenophobia is to start being open to everyone. We all come from different cultures and have different traditions. Instead of stereotyping and discriminating, we all should use an open lens to view the world and respect that everyone is unique in their own way. Ultimately, what ties all of us humans together is that we are all running towards our dreams, just like Noor Abukaram.