Is TikTok Fatphobic in its Censoring?

Several curvier TikTok users, including influencers, have claimed the social media app takes down their videos in swimsuits and crop-tops as well as their body-positive content. 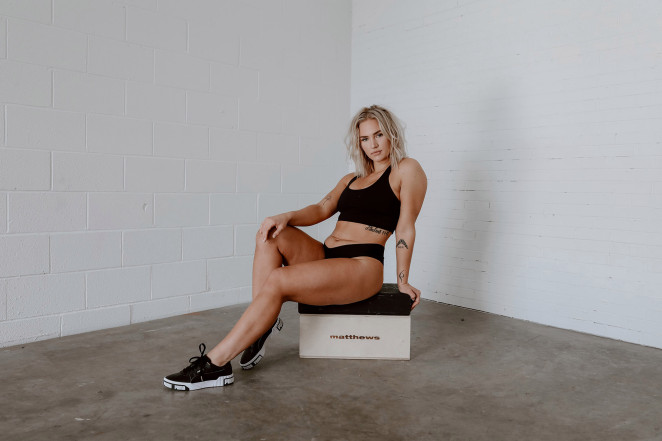 In spite of being highly in demand among people of all age groups, the social networking service TikTok has recently been accused of deleting videos of curvy influencers. Several curvier TikTok users, including influencers, have claimed the social media app takes down their videos in swimsuits and crop-tops as well as their body-positive content.

Mikayla Zazon, 24, promotes self-love and has gained more than 721,000 followers on the platform since joining just in the early months of 2019. The videos she posts mainly include choreographing dances in her own style, reviewing workout gears and encouraging positive body content. She loves to show off her stretch marks, body fat rolls and cellulite, and she also started the #NormalizeNormalBodies movement on social media. According to her, no one should determine their worth according to their bodies. In spite of her positive content showing the process of finding food freedom and balance in life, she noticed that TikTok was flagging her videos in bathing suits and sports bras and had removed around 40 different videos, including one of her eating a cookie in a crop top. The video was captioned: “You don’t have to deny yourself the foods you love to be healthy…eat the Oreo if you want it.” TikTok has accused her of violating community guidelines, a tool that is supposed to ban content that is dangerous, graphic, sexually explicit or endorses any kind of harassment, though none of Zazon’s videos meet any of such criteria. The influencer concluded that her videos were removed because they do not portray an “ideal” body type.

After other plus-size and body-positive creators told the New York Post that they had same issues as Zazon, while the content of their thinner counterparts had not been flagged, the influencer proceeded to inspect the theory with an experiment along with her friend, Gabby Male, who has a “smaller body.” Both of them posted the same video at the same time featuring other body-positive influencers. While Male’s post was available right away for viewing, the same post by Zazon was put “under review” for three hours by TikTok. She has complained several times and finally managed to speak to a representative on the phone who, according to a recording of the call supplied to the New York Post said, “Every single video on the platform goes through a quick review right when it’s posted, so there’s a bit of delay between the time when you post and when the video can be seen by everyone on TikTok.” The representative blamed machine intelligence for the issue but failed to explain why Male’s post was available to view immediately while Zazon’s was flagged.

Similar reports of the social platform’s censorship on videos began to circulate in September 2019 when The Guardian issued a story regarding the matter. In the earlier weeks of March 2020, The Intercept collected inside documents from TikTok, which show that the app’s creators considered physical features such as “dwarfism,” “eye disorders,” “ugly facial looks,” “abnormal body shapes” and “obvious beer belly” to be unfit for the platform and, as a result, put policies that purposely flag videos featuring such content. The report from The Intercept also emphasized how the platform removed videos of people who shared certain kinds of political beliefs and seemed to be of low-socioeconomic status. Although a spokesperson for TikTok told The Intercept that “such policies, which represented early blunt attempts to prevent bullying, are either no longer in use, or in some cases appear to never have been in place,” some influencers are still experiencing censoring on their videos due to the same issues.

Chelsea Culbertson, the blogger behind Choosing Chelsea, first joined TikTok in January this year and faced a similar issue while posting videos on body positivity. In February, Culbertson posted a video on how “all bodies are bikini bodies” and noticed after a few minutes that the number of views for her video stopped going up. She found out from the notifications that her video had been taken down for “violating community guidelines,” as it wasn’t appropriate according to TikTok.

Also in February, Raeann Langas, a body-positive influencer and the creator of Rae Everyday, shared a video on the platform where she and a friend were dancing in matching bikinis on the beach. Although the video was sponsored by a bikini brand, her main goal, as told to Shape, was to tell people how all bodies are beautiful, regardless of shape and size. A few days had gone when she came to know that the platform removed her video with the notification that it violated community guidelines. At first, she thought that the platform was simply not allowing videos of women in bikinis to be posted; however, later on, when she searched for hashtags #bikini and #swimsuit, all she could see was “thin, white women.”

Ashley Reeves, the creator of Better Body Love program also experienced similar censorship after posting a video of her dancing with several other women wearing swimsuits, in February. While sharing her experience on Instagram, Reeves wrote that “if you’ve been on TikTok, there are plenty of women dancing in swimsuits whose videos seem to stay put. What’s the difference? From what I can tell they’re all thin women.”

Nikki Garza, who likes to describe herself as a “plus size babe” also complained that her videos were continuously flagged. During her first month on TikTok, most of her videos went under review; though she always appealed, fought and won the majority of those, two of her videos were permanently deleted including one showing her experience of “shopping in a department store while fat.” She suspects that the reason why Artificial Intelligence deleted her content is because the videos show more skin “surface area.”

Similar accounts from Danae Mercer and Denise Mercendes have shown a constant thread in TikTok’s actions. After being frustrated at first with the censorship, Mercendes has now stopped posting videos of her in swimsuits or crop-tops, and tries to dress as conservatively as possible to avoid being flagged.

The censorship is considered problematic mostly because. with around 800 million users on TikTok, which has approximately 60 percent between the ranges of 16 to 24 years old, an impression of what people’s bodies actually look like is created on young, highly impressionable users. With TikTok’s algorithm, the younger people aren’t given the opportunity to view content that displays different types of body, sizes and abilities. Mikayla Zazon is fighting back against the censorship by re-posting her deleted and flagged videos. According to her, the continuous censorship is “completely consuming teens’ minds and [encouraging them to do] very unhealthy things.”

Besides TikTok, Instagram has a long history of suppressing content which promotes normalizing diversity in body types- it temporarily took down the hashtag #curvy in 2015 and also tried to take down the hashtag #justwearthesuit. In recent days, though, Instagram has become the centre for several body-positive movements, with Jameela Jamil and several other strong women helping with the introduction of a new policy on the platform, restricting the promotion of weight-loss products.

TikTok updated its community guidelines back in January specifying what type of content violated its code of conduct, but it didn’t provide any details about why body-positive content is continuously being removed.

It is absolutely necessary for TikTok’s creators to become more transparent with the censorship policies.

We must raise our voice and be active, fighting for diversity in body types to be allowed to reach the young minds. As Raeann Langas put it, “Just like any other social media platform, the change needed will take time and a lot of work.”