Although society continues to be plagued by the large divide drawn between the rich and the poor, billionaires like Branson and Bezos would rather make use of their ever-flowing money to cement themselves in history 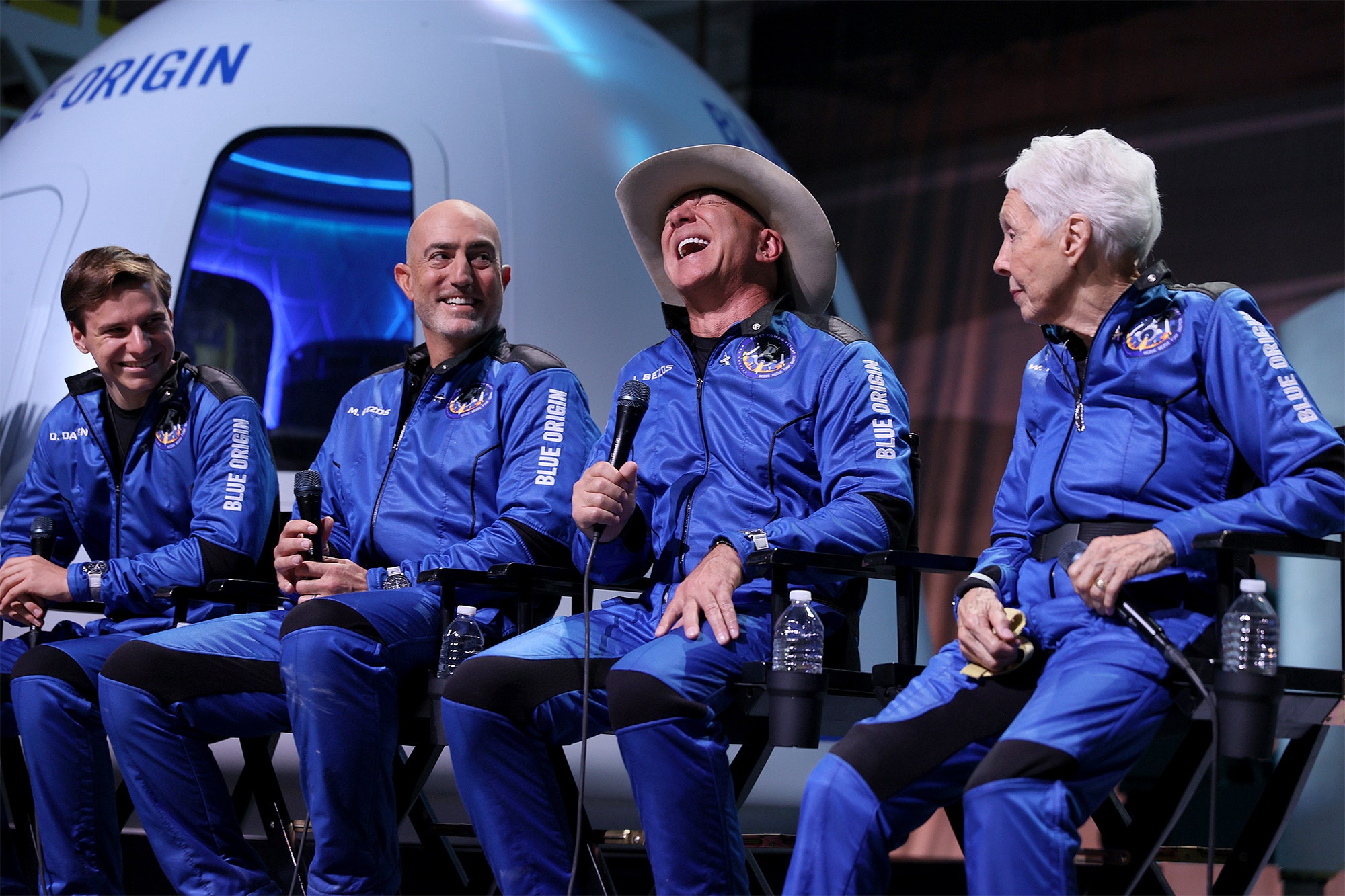 Last July, multi-billionaires Sir Richard Branson and Jeff Bezos kicked off the commercial space tourism business with their respective companies, Virgin Galactic and Blue Origin. Both trips involved travel just above the planet’s atmosphere, allowing passengers to see the face of the Earth from afar with their very own eyes. However, unlike the billionaires who are overjoyed with their efforts and success in space, many people are upset and frustrated with the upper class’ lack of concern for the Earth and its worsening conditions. Society is torn— while some advocate for even more of such travel and tourism, others urge billionaires to put a hold on the trips to space.

Proponents of these companies are welcoming this new era of space tourism, recalling the days when mankind celebrated the first man on the moon and celebrating how far scientific advances have come since then. “When an unknown Air Mail pilot named Charles Lindbergh became the first person to fly nonstop from New York to Paris in 1927,” said American broadcaster Miles O’Brian in a Washington Post article, “who would have imagined complaining about Internet connectivity while flying cross-country near the speed of sound?” In this article, O’Brian shares his reasons for why we should acknowledge the importance of the milestones these two dates in July represent, given that there is still much more to discover in the universe. Looking back on his own experiences as an astronaut, O’Brian believes that both Virgin Galactic and Blue Origin are vital for progression in the field of astronomy. He is not alone; Ron Carson, a Forbes contributor, wrote, “While critics argue that resources spent on space exploration would be better spent here on Earth, competition can create transformative new industries and technologies, which can add trillions to the world’s economies over time.” Carson compared the situation to the everyday reality of his financial job, saying that it is important to “remove limitations that people, society, and money place on you.” All supporters of Branson and Bezos agree on this, as, considering the amount of progress and space-related efforts society has made, it would be pointless to give up now.

However, Branson and Bezos’ opposers pose a compelling argument as well. Alongside the recent famines that ravaged poorer nations, the onset of the coronavirus pandemic in 2020 left millions of families struggling to make ends meet. Many political figures on Twitter have declared the decision to spend billions on space tourism to be extremely selfish and tone deaf. For example, on July 8th, former U.S. Labor Secretary Robert Reich tweeted, “Is anyone else alarmed that billionaires are having their own private space race while record-breaking heatwaves are sparking a 'fire-breathing dragon of clouds' and cooking sea creatures to death in their shells?” Reich, who often voices his opinions on issues surrounding the current economic system that supports the ultra rich, presents a thoughtful conviction. Although society continues to be plagued by the large divide drawn between the rich and the poor, billionaires like Branson and Bezos do not wish to solve this issue; rather, they want to make use of their ever-flowing money to cement themselves in history.

Another major problem with their efforts is the severe impact space tourism has on the environment and atmosphere. Eloise Marais, a physical geography professor at the University College London, reported that “the carbon footprint of launching yourself into space in one of these rockets is incredibly high, close to about 100 times higher than if you took a long-haul flight. It’s incredibly problematic if we want to be environmentally conscious and consider our carbon footprint.” Recent themes from the 2021 United Nations Climate Change Conference appear important here; if society is to start concerning themselves with ways to help the environment, then unnecessary space trips are a step in the wrong direction. Extreme weather conditions already serve as some of the most pressing issues in several countries, and a 2010 study reported in the Geophysical Research Letters proves that only 1,000 space tourism flights are necessary to increase the temperature of Antarctica by 1 degree Celsius.

All in all, there seem to be more cons to space tourism than pros. An unfair socioeconomic structure and the hastened destruction of the environment are only two of the major issues stemming from continued space tourism. If we want to put an end to these issues, we must oppose— or, at the very least, place restrictions on— this new force before it has time to gain traction.

Climate Change VS. Human Rights— Is Joe Biden Going to Stay True to His Promises Concerning the Environment, or Is There a Bigger Issue at Hand?