Feminism is not simply about a woman in a high position of power, but how she utilizes her influence to help uplift other women to foster acceptance and equality for all

Anya Sharma
and
December 12, 2020
in
Women's Rights
Courtesy of The Conversation 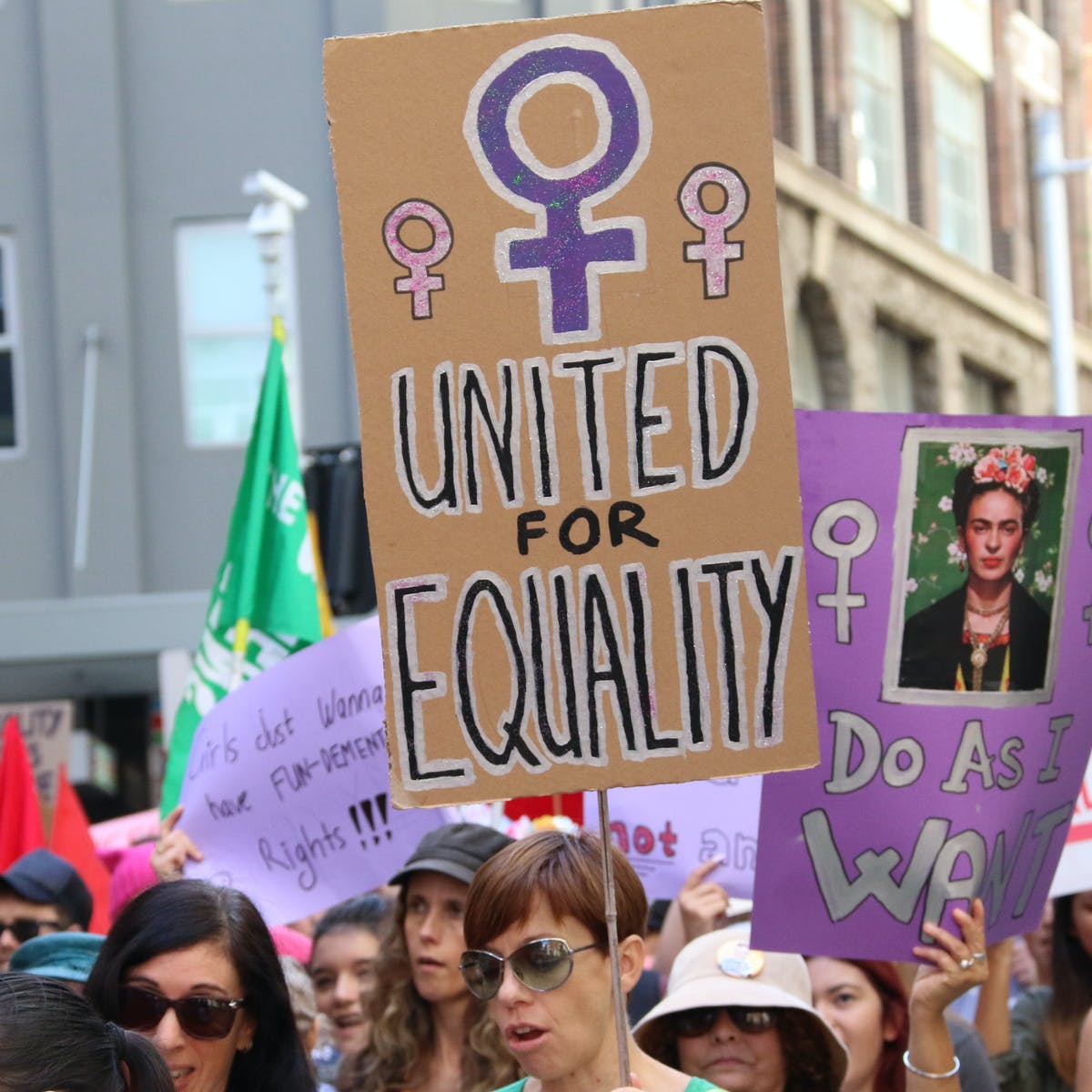 Feminism is a topic that has become convoluted by the media from both the left and right wings respectively. Feminism, in definition, is advocating for equality between men and women (it is important to note, however, that these issues directly impact men and other gender identities). However, a misunderstood and misguided narrative has arisen in response to the feminist agenda in the present day United States. From the innate idea that feminism means female superiority to the idea that feminism means putting down women who seemingly do not embody a certain idea of liberation, this issue has become misconstrued by many perspectives. Likewise, derogatory terms and harmful stereotypes have been created to demean feminists.

When analyzing female leaders in American politics today, many think of figures such as the notorious Supreme Court Justice Ruth Bader Ginsburg and the renowned Secretary of State Hillary Rodham Clinton. Looking deeper into politics, there are progressives such as Alexandaria-Ocasio Cortez, Cori Bush, Ayanna Presley and so forth. The similarity between all of these figures is quite simply their political association. Whether or not they agree with or uphold every value of the Democratic party, they are all on the left side of the political spectrum. The women of the Republican party include Nikki Haley, Candace Owens, and the newest Court Justice: Amy Coney Barrett. These women are labeled as the anti-progressives who stand as pillars of the harmful, traditional values from the past. Considering their political history, this school of thought is arguably justifiable.

In a country divided by political factionalism, these Republican women are seen as suppressors of their own sex. Whether one agrees with that sentiment, is up to the individual to decide. Nonetheless, taking a look at Amy Coney Barrett is imperative to understand whether a woman in a position of power is inherently feminist.

When analyzing feminists throughout the nation, one of the first being Elizabeth Cady Stanton, these women all advocated for the progress of women’s issues. A feminist is not just a woman in a position of power, but a woman who takes action to create equality. Feminism’s definition includes “advocating,” and advocating does not come from merely sitting on a court.

Barrett is known for being pro-life and has said that abortion is always immoral. Despite its legality in court today, she still holds it in contempt. Barett goes even further when showing her distaste towards Roe v. Wade. When Senator Sheldon Whitehouse asked Barett “Under an originalist theory of interpretation, would there be any constitutional problem with a state making abortion a capital crime, thus subjecting women who get abortions to the death penalty?” and Barrett simply responded with “As a sitting judge and as a judicial nominee, it would not be appropriate for me to offer an opinion on abstract legal issues or hypotheticals.” This may not be cause for immediate concern, but it is telling that Barrett potentially sees the death penalty as a proper form of punishment for a person who receives an abortion.

Amy Coney Barrett is not a feminist in this case, despite being a woman in power. Although abortion is a nuanced argument, Barrett finds no issue with a person carrying a child that they did not want. This is including cases of incest, rape, or endangerment of the mother or child’s life. Frankly, this pro-life radicalism is harmful for so many women as she stands on the highest court of the land. Her decisions could inflict immense trauma upon a person forced to carry their child to term. Her advocacy for women is nonexistent and definitely cannot be considered progression towards equality for the sexes.

Speaking of equality of the sexes, when examining Candace Owens’ appalling response to Harry Styles’s Vogue Magazine cover, it is apparent that her traditional viewpoints are hindering any semblance of liberation. Owens profusely criticized Styles’s choice to wear a dress on the magazine cover, demanding the return of ‘manly men’. This stereotyping is harmful to both men and women as it forces unnecessary societal pressures onto them. Owens is a woman in a position of power and one of the most well-known forces of the current day Republican party, but her reaction to a man in a dress is telling of how anti-feminist she is. Equality of the sexes includes freely expressing gender identity however one sees fit. Obviously, Owens does not see this as a valid cause. Her rhetoric perpetuates discomfort within the LGBTQ+ community in particular as trans, BIPOC femmes were the first marginalized group who cross-dressed. Being a feminist includes core values of equity and equality, which cannot exist if individuals are not given the agency to express themselves however they please.

Conservatism and feminism have clashing ideals as seen through both Amy Coney Barrett’s and Candace Owen’s viewpoints on issues that impact women. Considering the value of traditionalism in the Republican party, it is not difficult to see why Barrett and Owen struggle with acceptance and liberation. Overall, despite their position in influencing the policy of the United States, their high authority should not be considered inherently feminist, but rather, an an anti-feminist act. Because their ideals are rooted in the oppression of other women and marginalized communities, they cannot be considered a pathway to equality.

Feminism is not simply about a woman having a role in decision-making, but how she utilizes her position to help uplift other people to foster acceptance and equality between individuals.