Wendy Lazarus is a leading child advocate and policy expert with a wide range of legislative and advocacy accomplishments that have benefited hundreds of thousands of children and families on a community, state, and national level 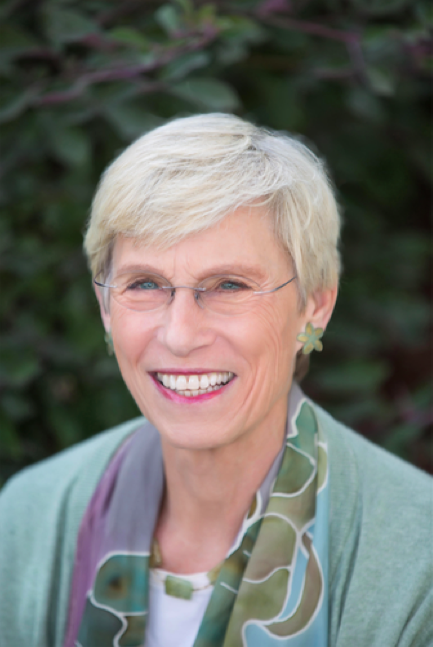 Interview with Wendy Lazarus by Salonee Singh, Assistant Director of Outreach for Redefy

Wendy Lazarus is a leading child advocate and policy expert with a wide range of managerial, legislative, and advocacy accomplishments that have benefited hundreds of thousands of children and families on a community, state, and national level. Her priority has been enacting reforms that ensure all children get a fair and auspicious start in life, with a focus on those in peril of being left behind economically or academically. She is also a social entrepreneur and pioneer of initiatives that improve outcomes for children through innovative health care models, advanced utilization of technological resources, revolutionary research, and public-private partnerships. She currently directs a nonprofit startup project called Kids Impact Initiative. In addition, she is a Senior Fellow at UCLA’s Center for Healthier Children, Families, and Communities. You can learn more about her at https://www.linkedin.com/in/wendy-lazarus-7530ba7/.

My life’s work has been about promoting social justice, more specifically making sure all children in the United States have the opportunity to thrive. This means kids get a healthy start in life, a strong education, and the support to become fulfilled and productive adults. For as long as I can remember, I’ve believed in basic fairness as a value-- for life to be fair to everyone --and there’s no better place to start than to give every child the chance to succeed. My passion and commitment to a fair and just society grew stronger in high school when I got a summer job trying to motivate local businesses to hire hard-to-employ youth. I began to see how much difference every one of us can make in ensuring each child in our country has the opportunity to succeed. And I knew from then on that I wanted to devote my career to doing my part.

My focus has been on changing laws and public policies along with federal, state and local budget allocations so they promote the kind of fairness and opportunity that bypasses so many young people today. While careers as teachers, doctors, and others who provide direct services to individual kids and families are vital, I thought my greatest contribution would be improving the ways programs and systems work for large numbers of underserved communities. Examples are ensuring that high-speed Internet, computing devices and the skills to use them are available in underserved communities; and making sure every child has a regular doctor and can get health care when they need it. This advocacy work has been hard but tremendously satisfying. Most recently, for example, I had the chance to help lead an effort to guarantee that every child in the state of California could get affordable health insurance, regardless of their immigration status. It took 20 years, but this new policy helping California’s 9 million children get a healthy start in life and hopefully will point the way for other states and the nation to follow suit.

The most recent two social initiatives I’ve been involved with are ones I started because there was a need not being met by existing organizations. The Children’s Partnership, http://www.childrenspartnership.org/ (now 25 years old) and Kids Impact Initiative, http://www.communitypartners.org/project/kids-impact-initiative (brand new), are policy and advocacy initiatives working to raise kids’ needs higher on the public’s priority list and look for new and forward-looking ways to give every child a strong and fair start in life. While the need to do better for our kids has always been great, the current hate-filled political climate, especially as it affects immigrant and low-income families, makes this work even more urgent.

The future of our democracy relies on every generation being engaged---deeply engaged—in civic life. We need the involvement of young people to keep the institutions that are vital to our democracy-- like schools, the press, government, and the courts --responsive, effective, and operating with integrity. Voting is the most fundamental and crucial way to keep our democracy functioning well. There are many others, and it is the job of every one of us to encourage and mentor the next generation as they take on this crucial responsibility. But it is young people, themselves, who know best what will work in getting youth engaged in preserving and strengthening our democracy.

Another reason youth need to be involved in social issues is they are directly affected by our current policies, attitudes, and public discourse---arguably more than anyone else because they will live with their consequences for longer than the rest of us. In addition, youth have a fresh perspective on what is needed in the social sector and are well-versed in using new technology and other tools to achieve these goals even more effectively and efficiently. Last but crucially important, I believe each of us has a responsibility to give back-- a viewpoint Marian Wright Edelman, Founder of the Children’s Defense Fund expressed beautifully when she said: “Service is the rent we pay for being. It is the very purpose of life, and not something you do in your spare time”.

Youth engagement will lead to more-fully informed decisions by our leaders and elected officials. It will also result in fresh approaches to long-standing challenges and reinforce that service and giving back is our cultural norm. And, bottom line, it is the only way we can make sure that the values we all cherish in a democratic society survive and thrive.

There are multiple avenues we should use for incorporating the younger generation into decision-making on matters that affect their lives. The one that’s probably suggested most often is to include youth on relevant task forces, committees, Boards, and other tables where important decisions affecting their lives are made. This strategy can certainly provide young people with a valuable voice. But for their input to make a real difference we ought to be realistic about the amount of time it requires of students who are already spread thin; and recognize that youth participation on these bodies usually accomplishes most when young people are supported in this role by mentors-- whether teachers, parents or other adults.

Social media including video production, art, and writing also offer powerful ways for young people to share their views and their stories in ways that can reach a lot of influential people and have a real impact. A good example is POPS the Club, https://popstheclub.networkforgood.com/ which has given a voice to middle and high school students who have an incarcerated parent or loved one. The students’ writing and art are not only published each year; it has been marketed to and highly valued by people who make decisions affecting their lives, including officials in the justice system.

Another exciting opportunity is cross-generation advocacy. With so many Americans now engaged in activism—many for the first time-- this is a unique moment for young and older people to join forces on shared priorities. The Women’s March in January of this year showed us this potential, as parents, children and grandparents marched as one for women, social justice and inclusion in all forms. We saw the power of this approach again with the resistance across the country to Congress’ efforts to dismantle the Affordable Care Act. And it succeeded ---at least for now. Imagine what is possible when we sustain this cross-generation organizing and focus it on new, shared priorities that make our world more just and productive for everyone.

We also ought to support schools in structuring ways for students to get involved in their local communities and beyond. Some schools are already pointing the way to what, in my opinion, ought to become the norm of expected community engagement. A nonprofit called Generation Citizen, https://generationcitizen.org, started about ten years ago by two college students, is blazing an exciting trail to do this. Through what Generation Citizen calls “Action Civics”, participating schools teach middle and high school students a semester-long curriculum that aligns with common core and state standards for teaching civics. It’s not an extra-curricular activity but a standard part of the curriculum. In this in-class program, students choose an issue they care about, develop a targeted plan to address the problem, take real action to solve it in their local community, and then figure out what it taught them in terms of moving forward. The initiative has spread from its pilot efforts in Rhode Island to states as varied as Texas, New York, Oklahoma, and California. It aims to “revive civics education nationwide, using Action Civics as the centerpiece”.

I’m excited to watch and support new ways like these that young people will use to engage their peers in civic life. The well-being and survival of our democracy depend on it.

There are times when a leader or friend says something so offensive we have to speak up and call it out as inflammatory, unfounded in facts, or discriminatory. That said, if the goal is to try to soften their attitudes or style of communicating them, I’ve found it helps to create a climate of open conversation. With some people, it’s hopeless to open their minds and may not be worth investing much time or effort. But if there’s any openness, it usually helps to begin a conversation with a message that conveys: “I respect views different than my own, but would like to talk through why we see this matter differently”. It’s hard to change another person’s attitudes if you try to talk the person out of what they believe in. But, if you can create a climate in which real conversation is possible, attitudes can soften. And we may come to understand more fully where a person’s prejudice is coming from and be able to get even further toward building mutual respect.

It is hard and takes time. My experience is that the most effective way is through shared experiences with people who hold those stereotypes. Much of the progress in overcoming stereotypes and gaining rights for the LGBTQ community was made because so many people know and care deeply about someone in that community. We saw open-mindedness grow even with otherwise socially-conservative leaders. And over time we saw, through public opinion polls, a major shift in public attitudes. With other stereotypes and associated discrimination, meaningful progress can often be made simply by the person who holds a stereotype getting to know a member of that community at work, in the military, in school, or through a mutual friend. The more bridges we can build into communities that harbor stereotypes the more we will be able to dismantle them one person at a time. That is why the mission and activities of Redefy are so important and give me a lot of hope that your generation will make much more progress than mine on this important challenge.