An interview with Dr. Bushnell, the School of Arts and Sciences Board of Overseers Professor of English at the University of Pennsylvania. 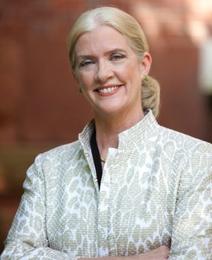 I had the honor of interviewing Dr. Rebecca Bushnell on January 7, 2016. Dr. Bushnell is the School of Arts and Sciences Board of Overseers Professor of English at the University of Pennsylvania, at which she has taught since 1982 and had an extremely successful career. Dr. Bushnell received her Ph.D in Comparative Literature from Princeton University. She has written multiple books and has received the ACLS research fellowship, the Lindback Award for Distinguished Teaching, and an NEH grant for Teaching with Technology. In addition, Dr. Bushnell is a member of the Board of Trustees of the Library Company of Philadelphia and Princeton Day School, and a member of the Advisory Board of Overseers of the Morris Arboretum.

I reached out to Dr. Bushnell for an interview because of the magnitude of her success.

Below is my interview with Dr. Bushnell:

1. Being University of Pennsylvania’s School of Arts and Sciences Board of Overseers Professor of English, you have clearly been extremely successful in your career. In addition,  you are a Board of Trustees member for Princeton Day School. As a former Princeton Day School student, and current Lawrenceville one, I am wondering if you think that PDS is a community that fosters gender equality and tries to combat the issue of gender inequality. If not, are there ways in which the treatment of this issue could be improved at both PDS and other schools?

I graduated from PDS a long time ago (in 1970), but even then, I felt that it was a school that fostered gender equality, long before the feminist movement had gained a lot of national attention. Many of the school leaders in those days were girls. PDS was and is now, I believe, a strong community that is aware of the harm stereotypes can do (and there are still many stereotypes in our culture, for both men and women, that need to be questioned and combated).

2. As a female professor at one of the best universities in the world, how do you think your gender has played a role in your career, if at all?

My field of study, English language and literature, has a good balance of male and female faculty, and so it is not a case that being a woman makes one stand out (unlike fields in the physical sciences, for example).

3. How have your experiences been as a woman, working in a male-dominated workplace?

I first experienced more of what it was like to work in a male-dominated workplace when I became a dean in the School of Arts and Sciences at Penn. In that position, I would often find myself as the only woman at the table in a meeting. It was critical that I came to meetings well-prepared and spoke often, with authority and confidence, because I knew what I was talking about. If you do excellent work and let other people know about it, it is easy to gain someone's respect quickly, no matter your gender. I didn't think I needed to act "like a man" (whatever that means): I just had to be my very best self, in my own style (and always remember to maintain my sense of humor).

4. Redefy’s 2016 mission is to promote gender equality; over your years at The University of Pennsylvania, do you believe that, among both students and professors, the issue of gender inequality is halting, worsening, or staying the same?

I've been teaching at Penn for over thirty years, and in that time certainly the institution and the society at large have been paying a lot more attention to issues of gender inequality, both in material terms (e.g., salaries and career tracks) and in terms of the culture of the community.  And this attention is all good. I do worry, however, that some people might think that the battle for gender equality has been won, while it is clear that stereotypes persist and often unconsciously influence the way we treat each other.

5. How do you think The University of Pennsylvania should go about closing the gender gap among professors, and could other universities combat the issue in a similar manner?

Penn has done a lot in recent years to combat unconscious bias and inequities in hiring and promoting faculty, and to create conditions to support female faculty in their careers when they are having families. Again, the greatest inequities persist in the natural and quantitative sciences, where there is an under-representation of female faculty, much of which can be linked to gender stereotypes surrounding math and the physical sciences. (People still seem to assume that girls can't do math, as my own daughter was told in elementary school -- and she ended up getting a Ph.D. in particle physics from Cambridge University.)

6. At Penn, do you ever hear sexist comments from students directed at one another? If yes, have you ever intervened in such a situation, and if so, how did you deal with the situation?

I myself cannot recall ever hearing a student make such a comment about another one, in all my years of teaching. We talk a lot about gender issues in my classes on English Renaissance literature, since that was such an important issue at the time, so perhaps my students have had a higher level of sensitivity on the matter. I am also very strict about modeling civil behavior, and no one gets away with making any kind of nasty comment about another.

7. Do you think that the University of Pennsylvania provides a community that fosters gender equality?

Raising awareness about unconscious bias is extremely important. People may think that they are doing and saying all the right things, but in fact when they act, they may be behaving differently. This happens not only in how boys treat girls and girls treat boys, but also how they think about themselves. There has been some great research on how unconscious bias works, which could be brought into the classroom.

8. How would you respond to people who try to criticize feminism for becoming “angry” or “aggressive”?

What is the difference between assertiveness and aggression? It's often been noted that women who are assertive are called “bossy," while no man is ever called that.  So is it OK for men to be "angry and aggressive," but not women? I don't think so.

9. Why do you think some people in our society say they oppose feminism, while they also say that they support gender equality, when, in fact, the two are synonymous?

I think that is because the media and those who oppose the movement have caricatured feminism as driven by a group of angry, unreasonable women, and that makes people uncomfortable.  The good news is that the values for which feminists have fought hard have now gone mainstream. The bad news is people don't acknowledge how that happened -- and that work still needs to be done by people who are willing to fight.

10. How would you respond to men who claim that feminism is not their business, or that they don't need to get involved?

Gender equality should be for both genders -- and men are as imprisoned by stereotypes of masculinity as women are by ideas of femininity. Shouldn't men also have more freedom to play different roles in the world?  Equality is a fundamental good for everyone, in any case.

11. Do you have any advice for teenagers, specifically girls, who have big dreams in the field of English, education, or STEM?

Girls who have big dreams in the fields of English or education should follow those dreams:  there will be no obstacles for them, for these have long been fields where women have been accepted and flourished. The harder road still lies ahead for girls who love and excel in fields like math, the physical sciences, engineering, and computer science, in which women are still under-represented. There I would advise girls to find strong mentors and never question their own abilities, even when others might doubt them because of their gender.

In Response to The Tragic Deaths of two Innocent Black Men