Spreading awareness is certainly good and can absolutely bring change, but the focus ought to be on what else can be accomplished beyond posting videos on the internet

Haiden Powers
and
April 11, 2021
in
Activism
Courtesy of CNN 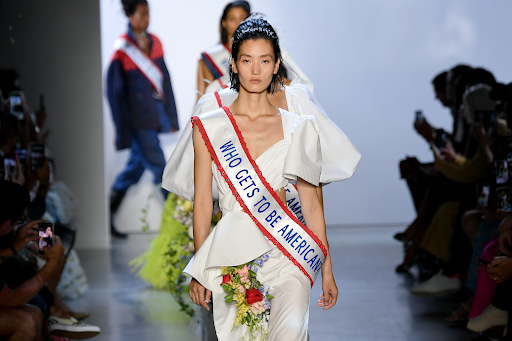 Since the beginning of the COVID-19 pandemic, anti-Asian sentiment has skyrocketed worldwide. The false speculation that the COVID-19 virus was manufactured in China has gained alarming traction in the United States and beyond as a racist conspiracy theory that lends itself to prejudiced minds. Because of the virus’s documented origin in China, many in the United States have jumped to the conclusion that all Asians and Americans of Asian descent are somehow responsible. The continuing presence of the virus in the US is largely due to the widespread refusal to wear a mask and aversion to following scientific health measures, yet many continue to lash out at the innocent with no justification in truth.

Since December of 2020, there have been over 2,800 reports of attacks against Asians. While it may be difficult to prove that racism was the driving factor behind all of these attacks, it is not illogical to conclude that a majority of these events were influenced by anti-Asian prejudice, as reports have increased significantly since the start of the pandemic.

Many communities are now beginning to speak out, including social media influencers. Under the tag #StopAsianHate, Asian-American influencers and designers are banding together in an attempt to help. For example, the Asian-American vlogger Bryanboy, with more than half a million followers on Instagram, listed a few suggestions to try and stop the problem, including “ending the model minority myth.” Michelle Lee, Editor-in-Chief at the magazine Allure, posted a series of videos on Instagram citing several recent crimes.

"A lot of this [violence] has been caused by misplaced hate and anger and frustration over the pandemic, to the point where our elderly have been attacked randomly," Lee said in an Instagram video. "It's not just the harassment and name calling with the ‘kung flu’, it really has now moved to people being attacked and killed."

Just recently, an 84-year-old man in San Francisco died after being shoved to the sidewalk. The attacks are horrifying and discouraging, and many applaud the social media influencers for taking a stand. But is it enough?

It’s undeniable that the majority of the hate crimes have been motivated by racism and ignorance, and it certainly is admirable that social media figures are speaking out against these events. But despite the best of intentions, it may be that these statements do little by way of helping. An example would be the video released by Bryanboy, in which his suggestions include donating to AAPI organizations, publicly speaking out against discrimination, and ending the model minority myth. The first two are certainly useful, but the third is easier said than done. The model minority myth is a stereotype that stretches back generations, one that cannot simply be undone because a TikTok creator said it should be eliminated. For all the discussion on social media, it is difficult to tell if anything else has been done by many vocal influencers.

This is not to say that influencers are not doing anything to help at all - they certainly have helped to spread awareness of these events. To his credit, Bryanboy does suggest a few resources to visit - but anyone can make a video proclaiming to be against something. The real question is what else they are doing aside from discussing it online. Spreading awareness is certainly good and can absolutely bring change, but the focus ought to be on what else is being done beyond posting videos on the internet. For some, activism may only spread as far as using the hashtag or joining in a social media trend, as seen in last year’s BLM resurgence.

So what can be done to make a difference? Firstly, any incidents should be immediately reported to the FBI, which has created a resource for victims or witnesses to report hate crimes. Additionally, supporting Asian-American businesses and volunteering time to support these communities is always a good way to help. Lastly, a number of financial routes have been established, including a GoFundMe page to support the family of Vicha Ratanapakdee, the 84-year-old killed in San Francisco.‍

While spreading awareness of the issue is certainly helpful, definitive action should always be taken. It’s never too late to start.