I’m a Muslim. Not a Terrorist.

Jasmine Wadalawala
and
November 15, 2020
in
Religion
Courtesy of Pinterest 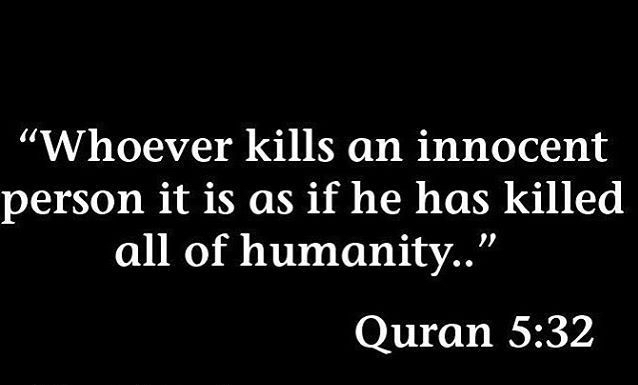 “Actually Muslims say ‘Allahu Akbar’ before they blow up buildings because Allah is their God and he tells them to do it.”

This is the exact quote I was unfortunate enough to witness being said while in class my freshman year. Even worse, the girl who said this happened to be a good friend of mine at the time… and didn’t know I was Muslim. I don’t think I’ve ever been completely speechless until I had this experience. After I got over the shock I proceeded to explain (as calmly as I possibly could) that this wasn’t true at all. I told her it’s a sin to murder in Islam, and it is in fact the religion of peace, still not mentioning that I was Muslim. Then she tried to shoot my argument down by stating that her uncle was in fact Muslim, and therefore she knew for a fact that this was true. That’s when I realized that attempting to educate her was not going to get rid of the stereotypical thoughts racing through her head. I needed to physically show her that Muslims are regular people. So I proceeded to ask her, “Would you agree that we’re good friends and I’ve always been nothing but a good friend to you?” She agreed. “Well I’m Muslim and I have been my whole life and I’ve sat next to you the whole year and not once have I tried to blow anything up or harm you in any way. Not all Muslims are extremists. It’s just a dumb stereotype.” Now I wish that this could be a typical fairy tale ending where she realizes she was wrong and embraces the true meaning of Islam. But unfortunately, the world doesn’t always work that way. She ended up ignoring me and turned back to our lesson. This grudge against me has not ended to this day.

In retrospect you could say that this is a negative experience as a whole. But I try to look at the more positive impacts that this has had on me. If you really want to be optimistic, you could say that at least she walked away knowing that not all Muslims are terrorists. And I kept that as a possibility for a while, but it did not suffice. I wanted to do more; it instilled a hunger in me. Over the past 2 years I have used this experience to fuel my passion to defy stereotypes. That has led me to interfaith. As a Muslim, interfaith is extremely important, considering people stereotypically believe that Muslims don’t get along with any other religions. I applied and got into several interfaith organizations such as MAJIC (Muslims and Jews Inspiring Change) and IYLI (Interfaith Youth Leadership Initiative). My main point in sharing this experience with you, is that stereotypes can apply to EVERYONE, whether you experience/realize it or not. And instead of taking it as another bump in the road, use it to your advantage. Let it inspire you to be the bigger person, to be brave, and to join organizations. Let it inspire you to defy stereotypes.