If One of Us is For Sale, None of Us Are Free

Austin Ashburn
and
April 10, 2020
in
Justice
Courtesy of Breitbart 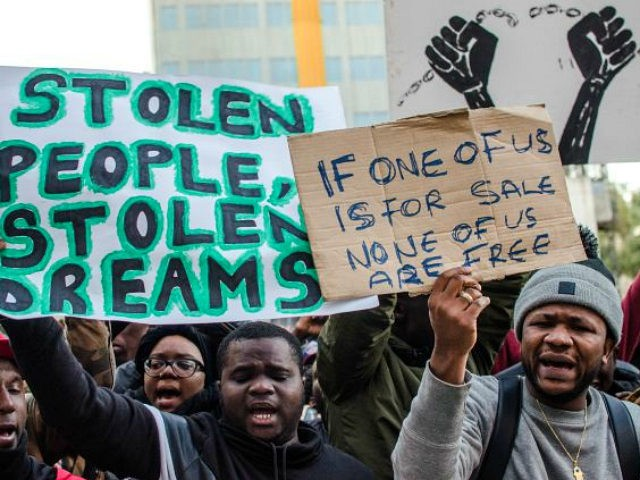 “IF ONE OF US IS FOR SALE NONE OF US ARE FREE.”

Twitter is embedded with mottos like these, often followed by the hashtags #justiceforlibya and #stopslavery. Referred to as “The New Slave Trade” by journalist Alexander Farley, the terrorism and trafficking occurring within Libya has impacted thousands over the past few years - and it will continue to do so unless something changes.

Across the Sahel region of Africa, armed militias and terrorist organizations have taken advantage of people suffering from displacement due to factors such as climate, population, and security. These migrants are, as a result, exposed to coercion and torture. Some are even suffering from “the worst part of human history to ever exist,” according to a report by the U.N.’s International Organization for Migration in 2017, deeming the treatment of migrants in Libya as “slave market conditions.”

In the current century, the most detestable part of human history still persists: enslavement.

In 2017, the country of Italy cut the acceptance of arrivals from Libya by about 85 percent, instead providing coast guard vessels and deals with Saharan tribes. This initiated an increase in the exploitation of migrants, only worsening in November of 2017 when a video of an open slave market circulated the Internet. Although the governments of the European Union were willing to aid migrants in danger, the closed sea route caused an estimated 400,000 to 1,000,000 migrants to be trapped in Libya - forcing them to remain especially susceptible to coercion, labor, torture, and trafficking.

Currently, more than 9 million Africans are estimated to be victims of modern slavery, correlating to forced labor in Africa being valued at $14 billion. According to the Walk Free Foundation, the profit coming from modern slavery in African countries a puts modern slavery “at risk of becoming a major hub in global forced-labor supply chains.”

Victory, a former victim of modern slavery, shared his story with CNN. Hoping to escape from his troubled life as a migrant, he traveled to Libya by paying others to smuggle him into the country. However, his smugglers ended up becoming his captors, threatening him and several others to pay another $1,000 for their journey. When none were able to pay the fee, they were held at gunpoint, taken to a nearby farm, and sold into slavery. For eight entire months, Victory was taken captive until his mother was able to pay for his release. Not only did Victory have to deal with forced labor, torture, and inhumane living conditions, but his family struggled without him, eventually being evicted from their home.

Victory isn’t the only one with stories like this. Some are even more brutal.

In 2019, enslavement is still a conversation that we must openly have. While the topic may seem outdated to Westernized nations, modern-day slavery still exists and even thrives in countries like Libya. As those privileged enough to live in developed nations, we must pay more attention to the crises occurring in Africa. We cannot turn a blind eye to the developing world and their issues. Instead, raising awareness and calling on government officials to fix this problem is the first step.