ICE Whistleblower: Mass Hysterectomies Are Being Performed on Immigrant Women

The US Immigrations and Custom Enforcement agency is facing allegations of forced mass hysterectomies performed on immigrant detainees in Ocilla, Georgia

Anya Sharma
and
October 3, 2020
in
Immigration
Courtesy of The Guardian 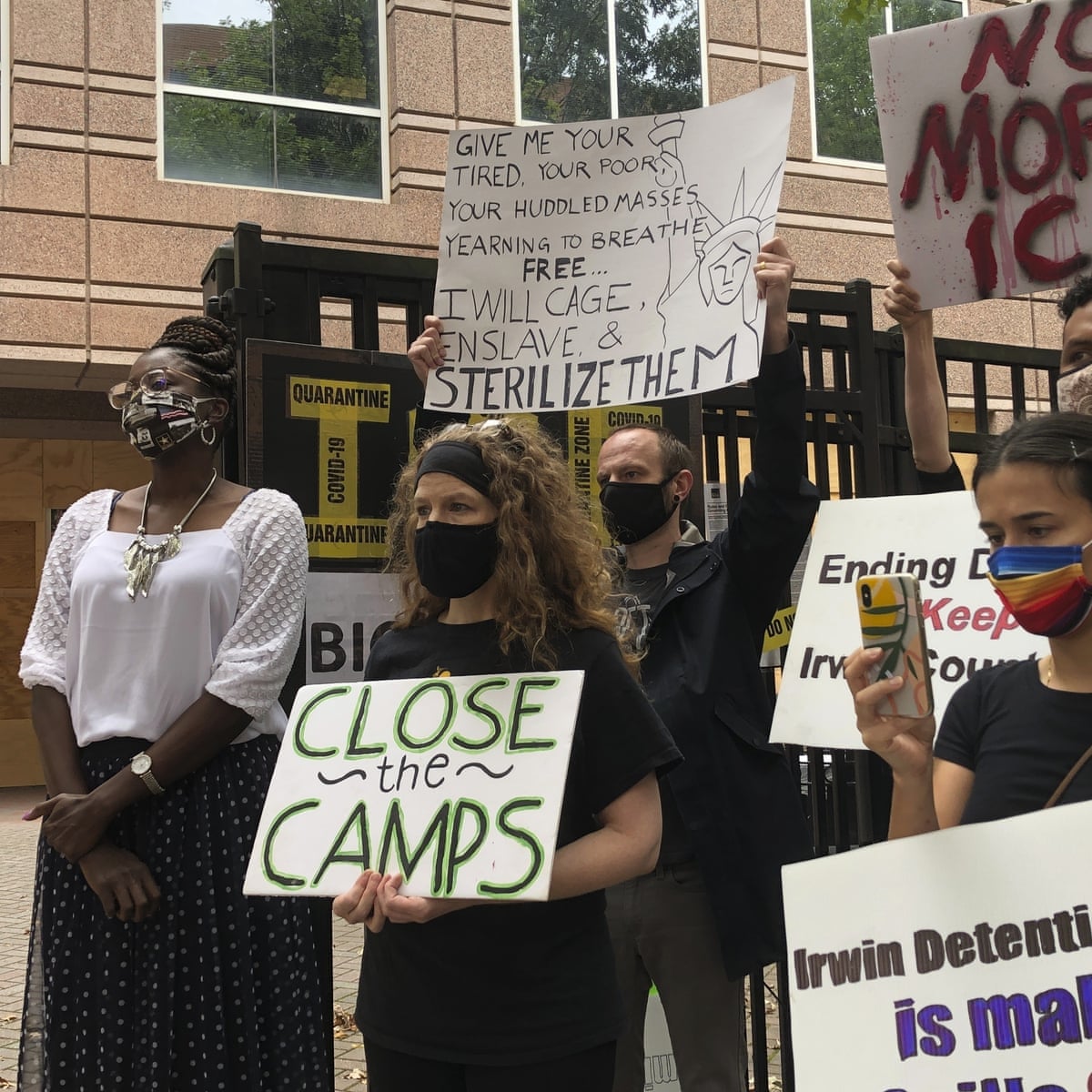 The phrase “Abolish ICE” has been rightfully plastered on city walls, social media feeds, and graphics on t-shirts from “woke” clothing brands. It must be said, over and over again, to draw attention to the inhumane system that is the U.S. Immigration and Customs Enforcement. The media has delved into the harsh realities that detainees face, such as putting children in cages, separating families, and, now, performing mass hysterectomies on migrants.

Dawn Wooten is a nurse from Georgia who worked in Irwin County Detention Center, operated by a private prison company called LaSalle Corrections. She realized that migrants were not receiving adequate medical treatment - they lacked the accessibility to COVID-19 tests and, even viler, faced mass hysterectomies without consent. When hysterectomies are performed, doctors remove part or all of the uteri from a person, which takes away the ability to get pregnant or have a menstrual cycle. Allegedly, detainees were sent to gynecologists outside of the facility in order to get their wombs removed.

Consequently, on Wooten’s behalf, legal groups filed complaints that detailed “jarring medical neglect” towards the detained people. The complaint was filed with the Office of the Inspector General for the Department of Homeland Security by Project South, Georgia Detention Watch, Georgia Latino Alliance for Human Rights, and South Georgia Immigrant Support Network.

Later, women began to come forward and tell their stories about the hysterectomies that were forced upon them. One detainee stated, “When I met all these women who had had surgeries, I thought this was like an experimental concentration camp. It was like they’re experimenting with our bodies.” Comparing the ICE centers to concentration camps is not uncommon and has been a startling, horrendous parallel depicted in the media recently. Assumably, this should spark real, genuine change, but, unfortunately, it has only created further controversy between the right and left.

One immigrant woman spoke with five other detainees from that were in the detention center from October to December last year and found out that they had all had hysterectomies done. Many of the women did not understand why they had to get this procedure done. Allegedly, nurses coerced them into it by asking for consent by “googling Spanish.” On top of this sickening ordeal, there was no respect towards their culture. At least attempting to speak Spanish would have created somewhat of a semblance of comfort.

Alongside the mass hysterectomies, other mishaps occurred such as an anesthesiologist using the wrong drug dosage on a patient, causing them to wake up mid-procedure and another, where doctors gave three different responses to a detainee who asked why they were getting a hysterectomy done.

Mahendra Amin, an OB/GYN, told The Intercept that he only performed “one or two hysterectomies in the past two [or] three years.” He also denied ever doing one without a patient's consent.

Days later, ICE responded to the Law and Crime’s report and released a statement that said, “U.S. Immigration and Customs Enforcement (ICE) does not comment on matters presented to the Office of the Inspector General, which provides independent oversight and accountability within the U.S. Department of Homeland Security. ICE takes all allegations seriously and defers to the OIG regarding any potential investigation and/or results. That said, in general, anonymous, unproven allegations, made without any fact-checkable specifics, should be treated with the appropriate skepticism they deserve”. This is a simple, basic affirmation of “morality” for an action that should incite nothing less than an international outcry.

Immigration is one of the most partisan issues, but regardless if an individual leans right or left, forced mass hysterectomies are an act of violence towards humanity. So, yes, abolish ICE. Even if one truly believes that another system should be put in place, it is not necessary to keep the current abhorration that is the U.S. Immigration and Customs Enforcement. Law enforcement agencies and crime are two mutually exclusive terms - we must remember that as we consume information about a lack of accountability in our immigration system.