A group called the Ex-Wives Club composed of 14 anonymous former employees wrote a document that detailed the “anti-Black behavior” they faced at "transparent" and "sustainable" clothing brand Everlane. 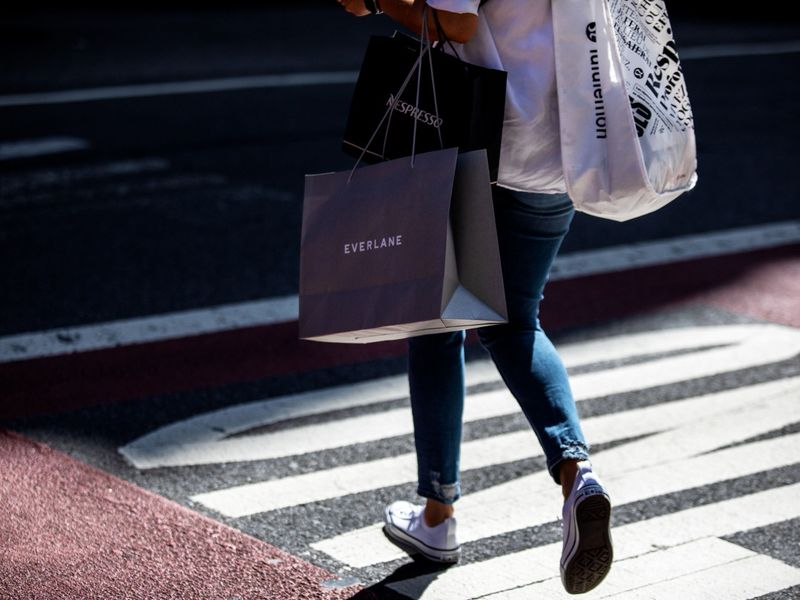 The rise of fast fashion came almost as quickly as the decline. As concern about the environment and quality of life transforms the most pressing issues for the new generations, it has become increasingly important that corporations play their part. Companies are exposed almost every day for exploiting their workers and the environment, and once that information reaches its main group of consumers, businesses start struggling. In turn, ethical alternatives are given more attention. More and more frequently, stores are advertising their sustainable clothing options and many others market the idea of a completely ethical shopping experience.

One of the biggest ‘sustainable’ brands is Everlane. Everlane champions the idea of ‘radical transparency’ and many people have turned to it as a way to combat the harsh environment of workers around the world, while also saving the planet. Nonetheless, many corporations fall short of their missions, and the true test came to Everlane a couple of months ago, as more and more brands pledged to be anti-racist.

As the Black Lives Matter movement gained traction, companies announced their solidarity with Black communities and Everlane followed suit. In response, ex-employees announced the mistreatment they have faced from working in their environment.

A group called the Ex-Wives Club composed of 14 anonymous former employees wrote a document that detailed the “anti-Black behavior” they faced at Everlane. They explicitly state that they have experienced and witnessed “Anti-Black behavior, prejudice in advancement of Black and POC employees, bullying, racial and heteronormative supremacy, manipulation and the intimidation of employees who have attempted to address these issues.”

This type of behavior is commonly seen in every institution, but when a brand states time and time again how progressive they are, they leave little allowance for mistakes. Many people turned to them as a way of helping to make this world a better, more ethical, and more progressive place, to only find out that their mission statement is, simply, just a statement.

Accountability is something that has not become commonplace in the world of marketing and ads - which makes the fashion world fall victim to the deception as well. However, the founder and CEO of Everlane, Michael Preysman, took accountability for the shortcomings of his company and promised to assess his own biases and grant board positions to Black executives. On the other hand, Alexandra Spunt, the chief creative officer, who has also received backlash, will now be stepping down without explicitly stating why. To many, this comes off as performative, as the company never issued an apology on her behalf which, considering the severity of her actions, would have been the right thing to do. It was reported that she “often rejected casting suggestions for Black models, calling them “too severe” or “too edgy” or, in a 2015 email shared with The Times, not enough of a “traditional beauty” to carry a cashmere campaign. That type of ostracization towards people of color in a corporation that prides itself on its morality is just telling of how other companies behave behind closed doors.

The true tragedy comes into play once consumers know how the employees actually felt working for the company. The Ex-Wives Club’s mission statement is "Everlane broke us. Our spirit, our bodies, and our ideas were considered for their cache and cultural value.”  Additionally, many members considered their jobs at other, also controversial, companies to be more fulfilling. Using workers of color as a way of advertising diversity is not inclusion in any shape or form. The idea of ‘radical transparency’ obviously failed when it came to Everlane.

The first point of action after finding this all out would be to search for alternatives of the once-beloved Everlane. Unfortunately, the first website that pops up is Aritzia. Their clothes are similar to Everlane in shape, color, and fabric; almost perfect.

Upon further research, an ex-employee stated that Artitiza actually favored the white management and dismissed the Black manager. Whenever she would try to “defend [herself] during a discrepancy with another associate, [she] would be labeled as ‘blunt,’ ‘sassy,’ or ‘defensive,’ which is just a micro-aggression towards [her] as a Black woman.” Their shortcomings are almost identical to Everlanes and it raises the question; how many other stores mistreat their employees?

As consumers, we tend to shop without regard, hoping that their mission statements ring true. But almost every company, store, and organization in the world have had their run-ins with controversial experiences and opinions and actions. Researching every company before you shop from them seems like the most tangible solution, but who actually does that?

Eventually, many realize that it is imperative to draw the conclusion that there is no way to shop ethically. Stores like Anthropologie, Reformation, Ban.do, and Gucci have all been called out for their racist actions and there is no way to know how many other employees from other companies have faced discrimination in the workplace.

At the end of the day, the only solution is for consumers to keep calling companies out on their hypocrisies and hope that eventually, one day, they will actually stay true to their mission statements.