Hurricane Dorian is an Economic Issue Too

So far, Hurricane Dorian displaced more than 70,000 people, has an ever-growing death toll, and is expected to cost over 7 billion dollars. 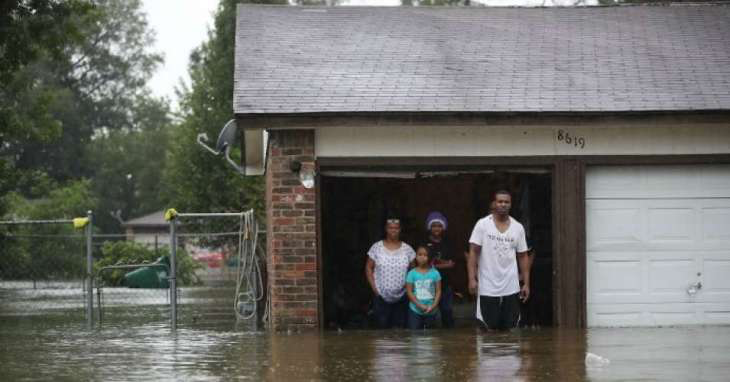 When hurricanes strike, their effect extends beyond their wind speeds and height of storm surge: for those caught inside, the long-lasting devastation on their financial status and community development can be just as ruinous as the physical aftermath of the storm. So far, Hurricane Dorian displaced more than 70,000 people, has an ever-growing death toll, and is expected to cost over 7 billion dollars.

While reconstruction costs will be incredibly high, the hurricane’s effect on the people facing economic inequality may be even higher.

As climate change parallels a rise in natural disasters, so do the costs and crises associated with the aftermath of hurricanes. In densely-populated coastal regions, the effects are even more prominent. When Hurricane Katrina hit southern Florida, 1.36 million people filed for Federal Emergency Management Agency (FEMA) assistance, costing approximately $81 billion in property damage; however, these costs were not distributed equally. While all communities face recovery from disasters, middle to low-income communities demonstrate much higher vulnerability.

In addition, underprivileged people exhibit the most adversity in recovering from these types of events.

Diane Yentel, president of the National Low Income Housing Coalition, said, “The lowest-income people are often the hardest hit by disasters. They’re least able to evacuate prior to a storm, they’re least likely to have the savings that they need to help them get back on their feet quickly after a storm.”

Lower-income families are more likely to live in areas and buildings more susceptible to storm damage. With the deficient infrastructure characteristic of affordable housing units, residents of these homes are placed at greater risk of the effects of severe storms. During Hurricane Harvey, poorer neighborhoods were concentrated in flood-prone areas of Houston. With outdated infrastructure, their homes gave way more quickly, creating dangerous situations for the families and strenuous recovery costs to repair the damage.

Not only do low-income communities lack the protective components of their rich counterparts, they also lack the necessary tools to recover. Poorer families are less likely to hold insurance than their wealthier counterparts. In the case of Hurricane Harvey, only around 17% of families had flood insurance policies.

In spite of FEMA assistance and national efforts to help the victims of hurricanes, poor households will face the damages of the storm for years to come. A full ten years after Hurricane Katrina, affected homeowners had lower rates of home ownership and credit scores than neighbors who were able to avoid the damage.

Even when low income families are able to financially recover, relocating to a safer location is a difficult and daunting process. With the rise in home prices, it is becoming increasingly difficult to find affordable housing. In many hurricane-prone coastal regions, the only affordable housing units are in areas more vulnerable to hurricanes, flooding, and other natural disasters.

Hurricane season is already underway. It is now, in this time of crisis and need, that we must fully realize how economic disparity creates disproportionate devastation if we are to mitigate further damage. With the recent destruction caused by Hurricane Dorian, poor communities have already faced the immediate damage of the storm. In the years that follow, they will face a second wave of challenges as they work to piece together their homes, their communities, and their lives.

Rather than allowing the cycle of poverty to repeat itself, we need to provide support to the affected families, especially those of low income. Focusing our recovery efforts on those who need it most by directing funds towards rebuilding infrastructure and economic redevelopment will give the survivors of the storm the support they need to lift themselves and their communities higher.