Now, the 2015 United Nations promise to solve any form of food malnutrition by 2030 becomes even more of a stretch

Chiara Bramante
and
September 12, 2021
in
COVID-19
Courtesy of The Irish Times 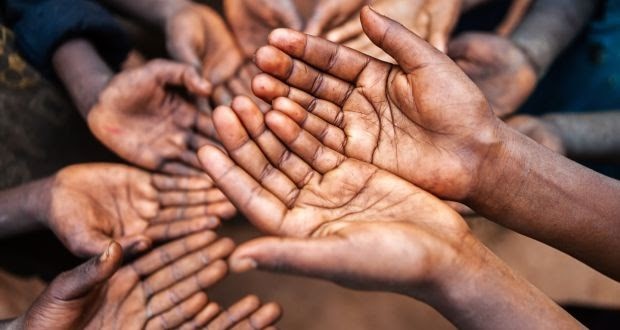 Hunger is a widespread issue, from those on the streets of Downtown Montreal to the millions who suffer daily in famished countries. When the COVID-19 interrupted people's tranquil lives in March of 2020, those who stood in poverty didn't stand a chance.

After a year of living through COVID-19, the global percentage of those living with hunger has increased from 8.4% to 9.9%. This leap is ultimately the highest the world has ever seen before. Now, the 2015 United Nations promise to solve any form of food malnutrition by 2030 becomes even more of a stretch.

How does hunger affect our bodies?

Overall, hunger affects everyone differently, and they all suffer their separate consequences, some irreversible. Yet whatever age someone may be, hunger has its own perpetual impact on the brain. This impact could be damaging their mental health, lower their IQ, or form diseases that never disappear.

Although, in children, the symptoms are much worse. Not only does it affect their performance in school, but it can cause malnourishment in those who are younger. Other side effects include stunted growth, a condition that 165 million children are forced to deal with on a daily basis. For example, that would mean a 5-year-old girl having a height and weight drastically lower than the rest of her classmates due to her lack of proper food.

How much can money help?

When people look at the issues facing the world; world hunger, climate change, wars, people usually believe that money is the answer, and in most cases, it is. It is estimated that around 7 billion to 265 billion US dollars would be necessary to solve the world's hunger. In simpler words, Bill Gates' net worth alone can feed hundreds of millions of people worldwide. But, the catch is that this isn't a one-time payment; this would have to be a yearly investment. An investment meant to better the future of our population.

How can we solve it?

Just like climate change, solving world hunger doesn't have a single solution as many factors contribute to it. These factors include disease outbreaks, unemployment, war, the everlasting increase of food prices, and many more. All these problems in themselves are bad, but when put together, they can create an even more significant consequence.

Beyond donating to charitable food organizations with money, you may not have realized that making a slight change in your day-to-day life is never a wrong decision to aid the hungry. Maybe when deciding to buy your weekly strawberries, instead of dropping by your traditional grocery store, drive a few extra miles and hit up a farmers market! Or, maybe even begin to grow them in your backyard.

Below I have attached links to help those who I have previously mentioned. If you can spare a minute and donate a few pounds, euros, dollars, rupees, it's always appreciated amongst these incredible organizations!