Hungary is the latest participant in the slew of countries forming anti-LGBTQ laws in the past few years. 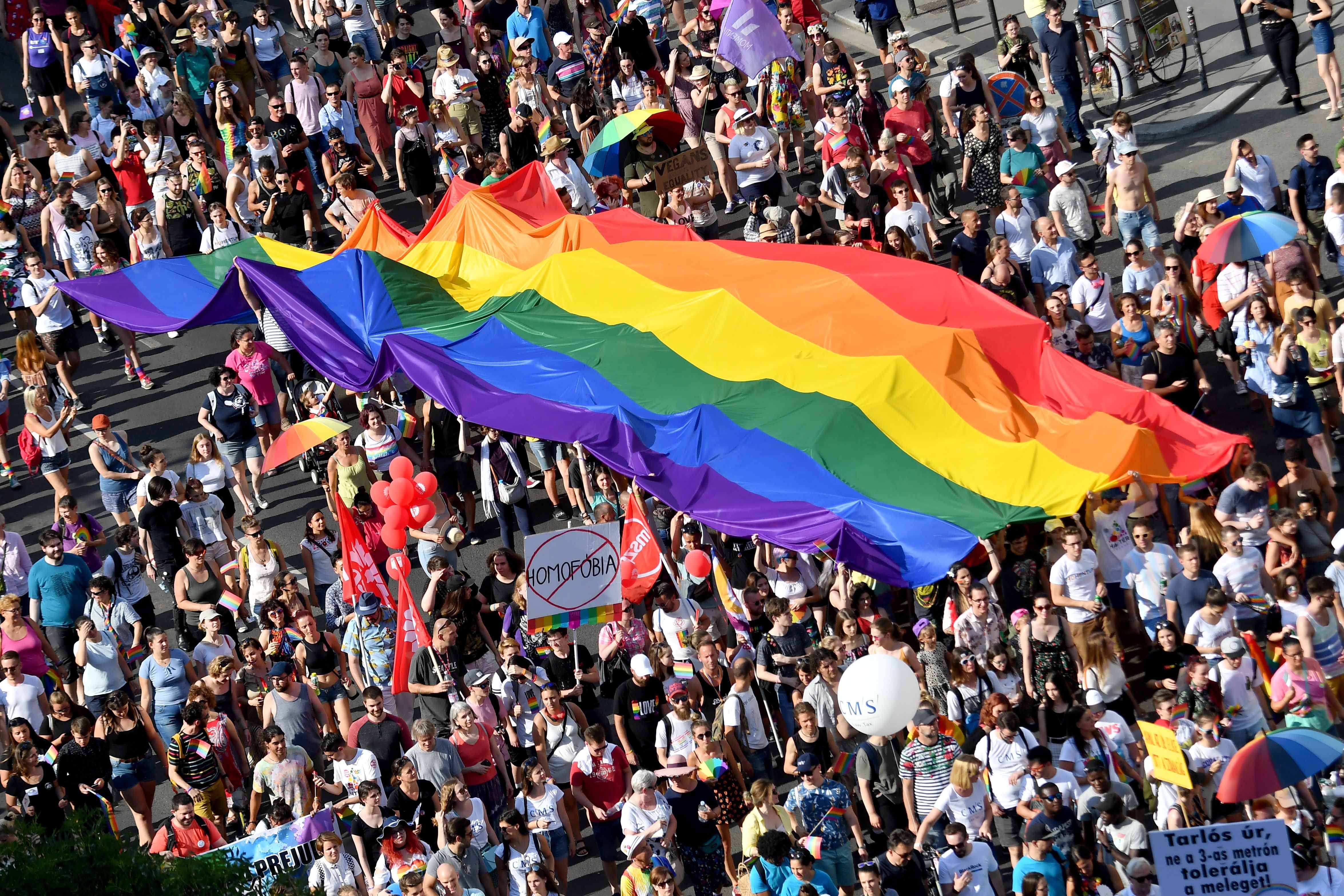 Hungary is the latest participant in the slew of countries forming anti-LGBTQ laws in the past few years. Hungary’s prime minister and government proposed a bill in May that forbids showing any content involving homosexuality or gender reassignment to citizens under 18 in sex education courses, films, or ads. They’ve claimed this law was produced in the best interest of the children as a matter of “protection” rather than as an act of discrimination.

Hungary has had a past of anti-LGBTQIA+ actions, including outlawing marriage and adoption among same-sex couples. The bill has garnered harsh condemnation, both from neighboring governments and citizens of Hungary. The European Union (EU) has openly denounced Viktor Orbán, Hungary’s right-wing Prime Minister, and the new legislation.

The European Commission and many European legislators have demanded that the Hungarian government and Orbán repeal the new laws and conform to the EU’s views of inclusivity. In June, many EU leaders criticized Orbán during a conference, including Dutch Prime Minister Mark Rutte. Rutte told Orbán “to respect EU values of tolerance or leave the bloc.” Ursula von der Leyen, the head of the EU's executive commission, called the new legislation “a disgrace.” Seventeen other members of the EU signed a letter to the presidents of the EU institutions, reemphasizing their support for human rights. More EU lawmakers are urging the institution “not to release to Hungary funds earmarked for supporting its economic recovery from the COVID-19 pandemic if they are to contribute to Budapest's anti-LGBT agenda or before it can ensure solid anti-fraud protection.” Just recently, record crowds marched in Budapest as a celebration of historical struggles for the LGBTQIA+ community but also as a protest against Orbán’s new legislation. In opposition to the bill, the European Commission, the EU’s executive arm, announced two infringement proceedings against Hungary’s government. If victorious, Brussels, where the European Commission is based, could hold on to funding crucial to Hungary while the constraints are sustained.

As a response to the EU, Orbán stood his ground and proposed a referendum—a move that could be seen as an act of resistance. The referendum will enable the subject of LGBTQIA+ rights to a popular vote, taking place in late 2021 or early 2022. In a Facebook post, Orbán addressed his audience and “outlined a five-question vote that will ask the public if they support the ‘promotion’ of content related to sexual orientation to children.” In the post, Orbán persuaded his audience to vote no.

Hungary’s new legislation merges hostility and discrimination against its LGBTQIA+ citizens. As the world is getting more open-minded, the Hungarian government is adamant about sticking to its traditionalist roots. Their true agenda of homophobia is thinly veiled by the excuse of allowing parents to choose what’s best to educate their children with.

Disregarding diplomatic ramifications, the bill will cause children in Hungary to grow up with a shrouded view of the world, shielding them from learning about diverse points of view. Although Orbán claims the bill is to protect children, it does the opposite as it forbids conversation about homosexuality. Furthermore, the bill is counterproductive as it promotes heteronormativity, the attitude that heterosexuality is the only normal and natural expression of sexuality. Orban’s aim of protecting kids is ineffective since this bill still inadvertently promotes sexuality of young people but through a censored version. Children who may be questioning their sexuality won’t have the resources to find clarity because of this legislation. Moreover, the law’s wording is imprecise. It doesn’t specify the consequences nor the extent to which homosexual content is banned. Will wearing a Pride T-shirt be considered breaking the law? The law will also encourage more anti-LGBTQIA+ mindsets throughout Hungary. Hate crimes, derogatory expressions, and homophobic thinking will only increase from here on out, diminishing any progress towards equity in Hungary.

As for the political repercussions, some of the fallout has already been seen; more than 17 EU nations have withdrawn their support for Hungary. Furthermore, Hungary and the EU already have an agitated relationship; the EU has launched an investigation against Budapest for threatening democracy. Adding onto this preexisting tension may result in less support in a time of need for Hungary. Overall, this bill could lead to the division between the more conservative countries, like Hungary and Poland, and more progressive countries—culminating in the loss of unity in the EU.

On a brighter note, this entire situation allows us to recognize that numerous European countries are committed to inclusivity, including Brussels and Luxembourg. Luxembourg’s Prime Minister spoke out against Orbán, stating that “My grandfather was Jewish, I’m gay and can live freely. And then I read this law. I know what happens when you turn people into a minority.” With many leaders publicly expressing their disdain at Orbán’s actions, the EU may witness a shift towards continued equality soon. It can be the start of a chain reaction; more nations will be encouraged by the seventeen countries that expressed their support for human rights. A majority of the EU Committee and leaders are already propelling towards an inclusive future; this situation exhibits that they collectively possess the influence to produce that change.