This new law, which was passed in Hungary this December, has effectively banned same-sex couples from adopting children

Danna Viruel
and
January 9, 2021
in
LGTBQ+
Courtesy of NBC News 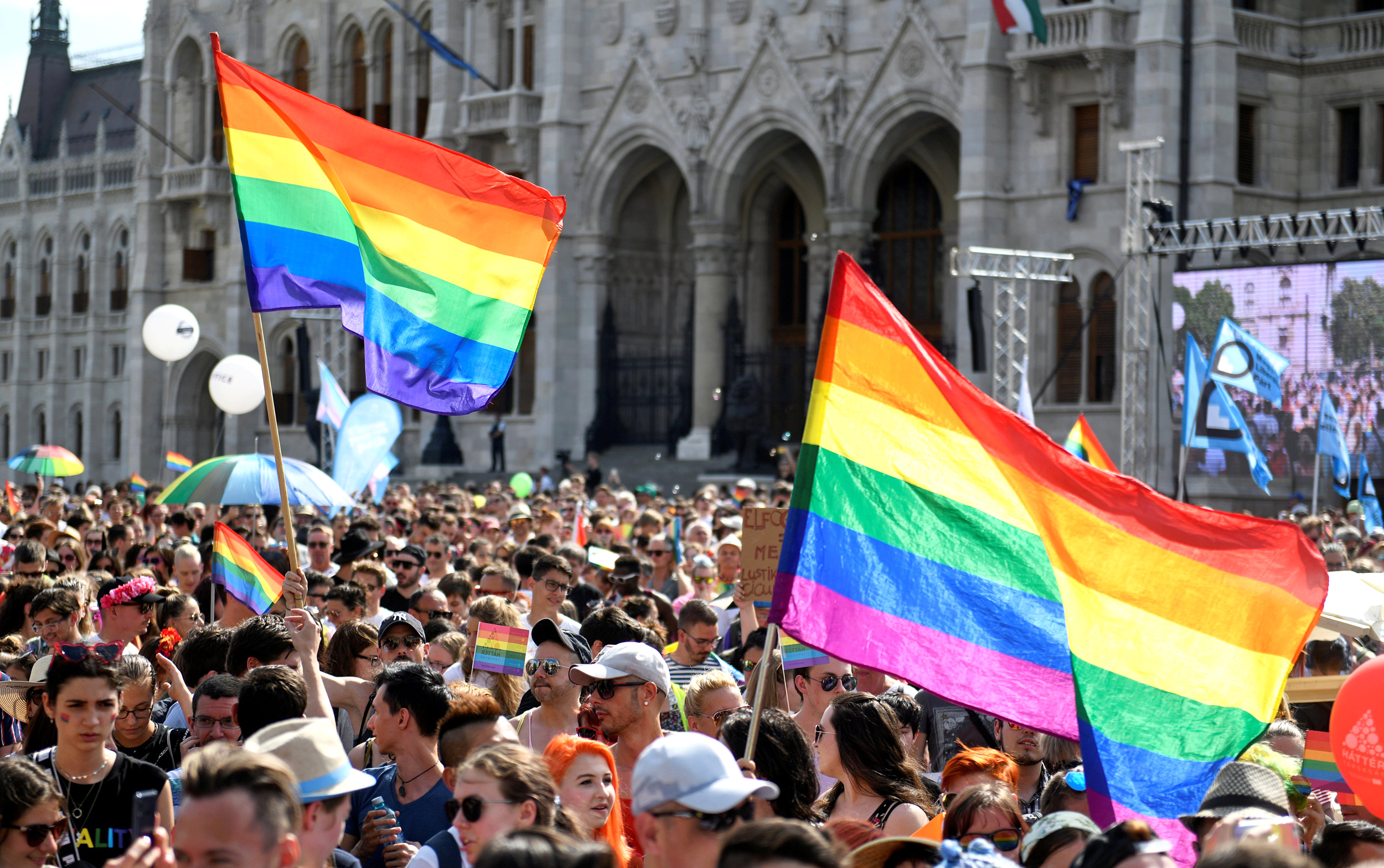 Unfortunately, several European government are openly against the LGBTQ+ community, even in 2021. In Poland, there are “gay-free zones,” comparable to “smoke-free zones” in the United States. Like Poland, Hungary continues to discriminate against LGBTQ+ people and has recently passed a new law that violates basic human rights. Few countries actually allow same-sex marriage and grant adoption rights to LGBTQ+ couples. It is difficult for them to be accepted by society as is, but with discriminatory laws in place, they can’t even fulfill what could be a long awaited dream of theirs: raising children.

This new law, which was passed in Hungary this December, bans same-sex couples from adopting children. They justified this bill by defining what a supposedly “real” family looks like. The updated Hungarian Constitution states that a family must contain a mother and father. They also support the concept of Hungarian children being raised without knowledge of the  LGBTQ+ community. Hungary wants their children to identify with their gender given at birth and conform to values prevalent in their culture, such as heterosexual relationships. As such, it is clear that many Hungarian values are not only homophobic, but also openly transphobic. Laws and values like this diminish the struggles that LGBTQ+ people grapple with in terms of their identity, leading many people to believe that something is wrong with their community because of the societal views promoted by institutionalized discrimination.

Hungary has never allowed gay marriages before; however, it was possible to adopt. A couple of the same sex could adopt a child as long as one parent applied as a single person. With this new law, however, this is no longer a possibility. A reasonable question for the Hungarian government would be why they think that same sex couples aren’t as “qualified” as heterosexual couples are at raising children. Any couple, regardless of gender, that wishes to adopt is likely to care for a child to the best of their ability. There have been meetings by the European Commission to protest this law, but unfortunately there aren't enough people advocating for its repeal thus far. Especially since the country is founded on a religious culture, many people have trouble seeing past the conservative views that they grew up with.

Same-sex couples deserve the same rights as other couples to adopt children and get married. A couple’s sexuality has no correlation with their ability to raise children lovingly and effectively. Being raised by a same-sex couple has its benefits as well; children will see that love has no gender and know that they are accepted for who they are. This opens many doors for kids to grow up with a secure, accepting support system. Earlier this year, the Executive Director at Transgender Europe said that “We are deeply concerned for the health and safety of trans children and adults in Hungary in such a hostile climate”.  Another advocacy director from ILGA-Europe, Katrin Hugendubel, commented that “LGBTQ children will be forced to grow up in an environment which restricts them from being able to express their identities.” The LGBTQ+ community should not feel forced to hide their true identity for the purpose of safety. They are no less than anyone else and should not be treated as such.

Hungary, as well as other neighboring European countries such as Poland, Bulgaria, Russia, Lithuania, and Ukraine, foster a hostile and unsafe environment for the LGBTQ+ community. Policies like Hungary’s newest one only exacerbate this issue and delay progress toward equality.  Hungary, as well as other countries, need to address the institutional oppression  they subject LGBTQ+ citizens to. We cannot stop fighting for LGBTQ+ rights until all countries allow same-sex marriages and the right for these couples to adopt children if they wish to do so.