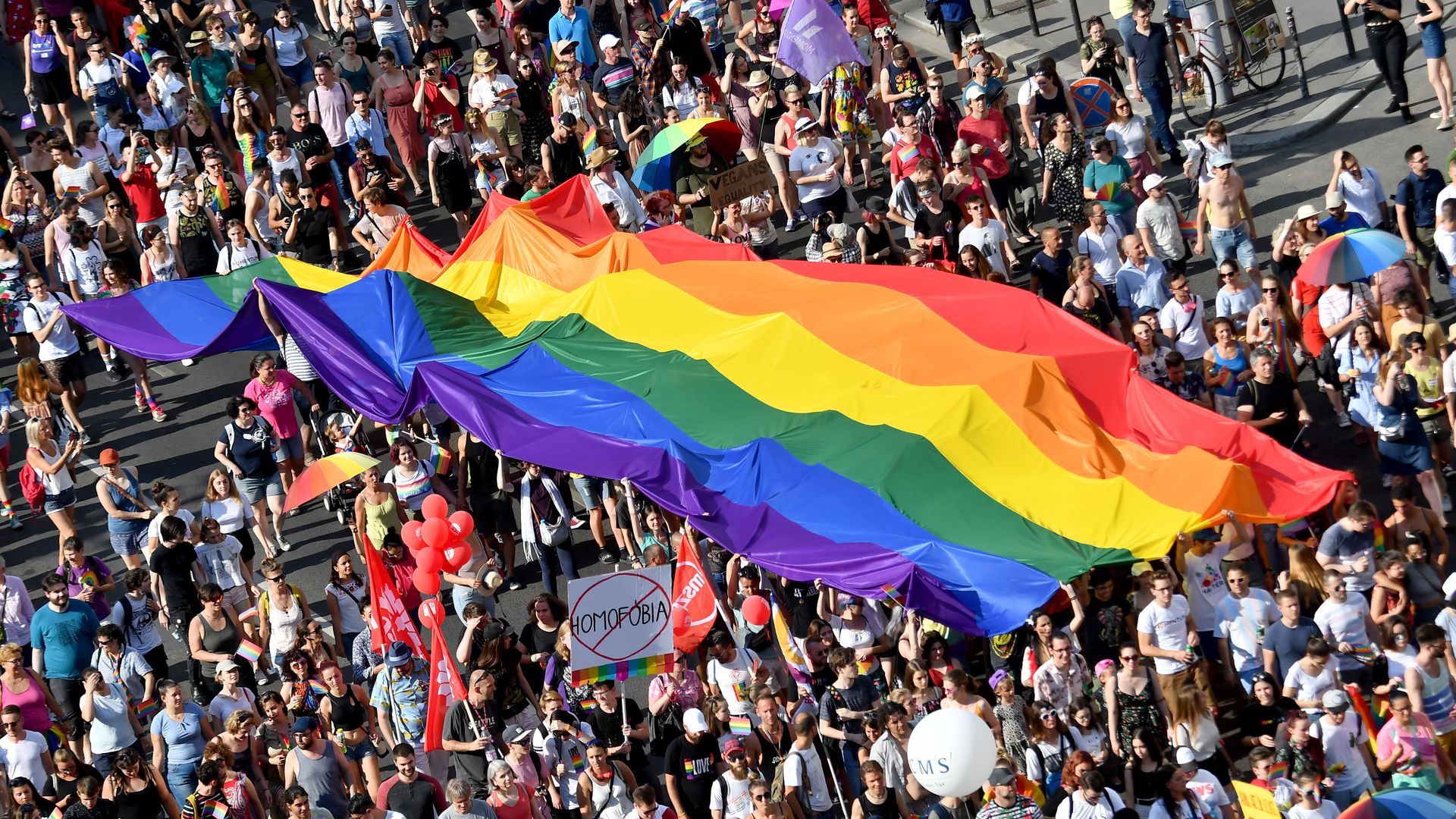 As a society, we have come a long way on the path to release the right to love whomever you love and be who you are from the chains of hatred and contempt. While the LGBTQIA+ community deserves to be loved and respected every month, Pride Month, with its roots in the 1969 Manhattan Stonewall Riots, takes place annually in June. Throughout the month, thousands of proud members of the community and their allies take to the streets with various Pride paraphernalia to celebrate who they are. However, recent developments in Hungarian legislation make it clear that there are still considerable steps to be taken in guaranteeing the long-deserved equality and acceptance of all people, regardless of gender, pronouns, and sexual orientation.

Attached to a bill initially meant to combat pedophilia through various means, this new piece of legislation, as per the Guardian, prohibits any members of the LGBTQIA+ community from being “featur[ed] in school educational materials or TV shows for under-18s,” in addition to banning “companies and large organizations… from running adverts in solidarity with gay people, if they are deemed to target [minors]” and ensuring that “only individuals and organizations listed in an official register can carry out sex education classes in schools.”

The bill, overseen and supported by Prime Minister Viktor Orbán and his ruling right-wing Fidesz Party, was voted into law by Parliament with a 157-1 majority. This decision comes not even one year after members of the LGBTQIA+ community were barred from adopting children in a country that still does not recognize same-sex marriage. As “justification” for this horrendous violation of the rights of gay and transgender people, a government spokesperson claims that “there are contents which children under a certain age can misunderstand and which may have a detrimental effect on their development at the given age, or which children simply cannot process, and which could therefore confuse their developing moral values or their image of themselves or the world.”

In an era where love and support for the LGBTQIA+ community are growing at unprecedented levels, the law was not passed without considerable backlash. Thousands of Hungarians left their homes to unabashedly wave pride flags and chant “We are here!” on the streets in a united display of opposition. Munich Mayor Dieter Reiter proclaims his plans to light up the Allianz Arena, where the Hungarian team will soon play at the European Championship, in the colors of the rainbow, with the Munich Council stating that “it is important for the state capital Munich to set a visible sign of solidarity with the LGBTI community in Hungary,” as “this legislation represents a new mark in the invisibility and disenfranchisement of lesbians, gays, bisexual, transgender and intersex people.” Dunja Mijatović, Council of Europe Commissioner for Human Rights, condemned the legislators’ “claim that [the law’s provisions] are being introduced to protect children,” and German politician Michael Roth tweeted that the “decision in #Hungary’s parliament represents another severe state discrimination against #LGBTIQ people. This law goes against everything we regard as our common European values. Full solidarity and support for LGBTIQ people in Hungary.”

This legislation is a major setback in the fight for holistic human rights. Banning such content for minors grotesquely tells LGBTQIA+ members everywhere that their identities should be censored. The law establishes the belief that teaching young children that they are free to be who they are and love who they love is something so “inappropriate” and “corrupting” that it stands alongside the goriest of video games or the most explicit of media. Beyond that, we must acknowledge that representation matters. Seeing a person who possesses qualities you see in yourself—qualities that history may have taught you to hide or be ashamed of—now thriving on-screen for the whole world to see tells you that it is possible to be who you are without sacrificing your dignity and your dreams. With shows like Modern Family and Friends being banned or censored under the law, large media companies have spoken up and taken a stand on the situation. Amongst them is WarnerMedia, the company that owns the famous television network HBO, which stated that they “stand against all forms of homophobia, prejudice, or discrimination. The enduring power of all of our stories can open our eyes to the world, to each other, and to new and different perspectives.”

Recent developments have made clear that human rights are non-negotiable and that equality is an “all-or-nothing” package, where no group of minorities can be left behind. Until the global LGBTQIA+ community as a whole is treated as a group of normal people deserving of love, respect, and acceptance, it is everyone’s personal responsibility, whether you be a member or an ally, to continue fighting for love and for the right to live as you are, nothing more and nothing less.