Naomi Vuong
and
December 11, 2020
in
Women's Rights
Courtesy of NYLON 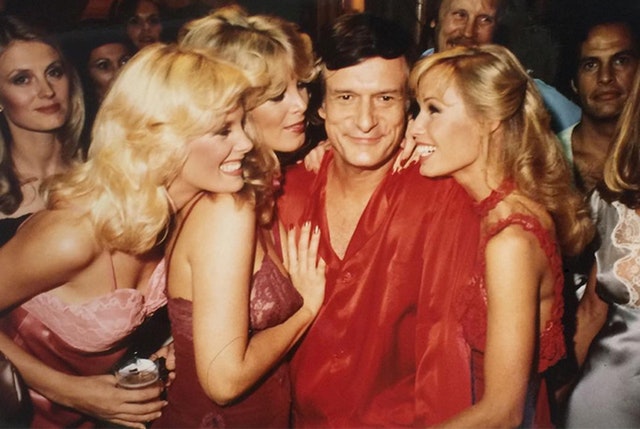 When Hefner founded Playboy Magazine in 1953, he was playing a significant role in modern American culture by igniting the sexual revolution during the post World War II era, challenging traditional conventions regarding the role of sexuality in society. He contributed widely to the civil rights movement in the 60’s and 70’s, long before others in his demographic recognized that the ideals of civil rights played a crucial function for American society. He openly voiced his support for Martin Luther King, supported LGBTQ rights, and promoted women’s rights pertaining to abortion and the Equal Rights Amendment. After his death, Larry King expressed commendation to the late Playboy founder for his role in public society, writing on Twitter that Hefner was a “giant in publishing journalism, free speech, and civil rights”.  As the founder of Playboy, and the leader of its flamboyant label, Hefner made crossroads in how individuals in post World War II American society reinvented their definition of sexuality. Often in the history of modern American culture, many have praised Hefner for liberating the society of early modern America from tradition conventions regarding sexuality.

From his attributions to early modern American culture by instilling open-mindedness and toleration, advocating his ideals of freedom of speech, and publicly challenging censorship and traditional conventions of sexuality, it is palpable that he has made initiated revolutionary change in modern American culture by challenging deep rooted social customs pertaining to the role of censorship and sexuality in society and initiating support for freedom of speech.

However, his role in Playboy Magazine has been one that is controversial.

As many have praised him for igniting the sexual revolution that aimed to challenge the role of censorship and promote ideals of open-mindedness, it is important to consider the consequences of a sexual revolution in society. In Playboy’s publications, the exposure of women to the intended audience-- men-- causes individuals to question whom this “sexual revolution” was meant to benefit, if the industry really aims to liberate women and promote toleration, or simply produce material that degrades women to sexual objects for the satisfaction of men in a male-dominated society.

In June of 2015, Holly Madison, a former member of the Playboy industry, published her memoir, Down in the Rabbit Hole, where she recounts her experiences of being in the Playboy industry. In her memoir, she revealed disturbing allegations surrounding the Playboy founder and the events that unfolded in his mansion, which was famous for being the place where extravagant parties were held with women that worked in the business, who were crudely dubbed as “bunnies”.

According to Madison, Hefner allegedly encouraged Madison and the other young women working in the industry to use narcotics, more specifically the drug methaqualone, during his parties, and referenced the drug as a “thigh opener”.  His alleged coerced usage of the drug echoes rape culture in modern society, where the use of date rape drugs are administered to a victim, making them defenseless to sexual assault. The use of date rape drugs to hasten sexaul assualt is an issue that plagues modern society, for the dehumanizing nature of the crime and how simple it is to carry it out against unknowing victims. It is an issue that still needs to be properly acknowledged, for many of the victims of date rape drug-fueled sexual assault do not receive justice for the crime that has been committed to them, with only 14-18% of rape cases resulting in a conviction (UK Center for Research on Violence Against Women).

Furthermore, Madison recounts how Hefner allegedly took photos of women who entered the mansion, and ranked them based on appearance and amount of bodily exposure. She further states that he placed a disturbing emphasis on the looks of the young women who resided in the mansion. She recounted how, during moments of interaction and conversation, he refused to discuss current events and politics with her, and described their dialogue as “superficial”.

As someone who was known for being a proponent of the women’s rights movements, these allegations expose that he behaved like someone who valued the presence of women for the wrong reasons, contradicting the very basis of the movement he was advocating for. This was a public figure who promoted women’s rights, including education and the equality of men and women in society, and advocated for the increased presence of women in a male dominated society. In light of his controversial actions regarding his treatment of women, one has to wonder if he ever truly supported women’s rights after all. Or, if he just enjoyed exerting his dominance over women, treating them like his human dolls dressed in revealing, bunny costumes who cater to his pleasures in the flamboyant, risqué world of his Playboy dollhouse.

In the views of people in modern society, it is easy to see why one would assume that Hefner reduced women to mere sexual objects meant to fulfill the desires of lascivious men. Yes, it is noted that he dismantled traditional conventions and broke social barriers, but in doing so, he  reinforced the volatile ideology of the degrading women and sexual assault, issues that plague modern society. Hugh Hefner did lessen the stigma surrounding sex, but at what, or more importantly who’s, cost?