Women of color were undoubtedly the most influential voters throughout the election week, awarding wins to candidates up and down the ballot 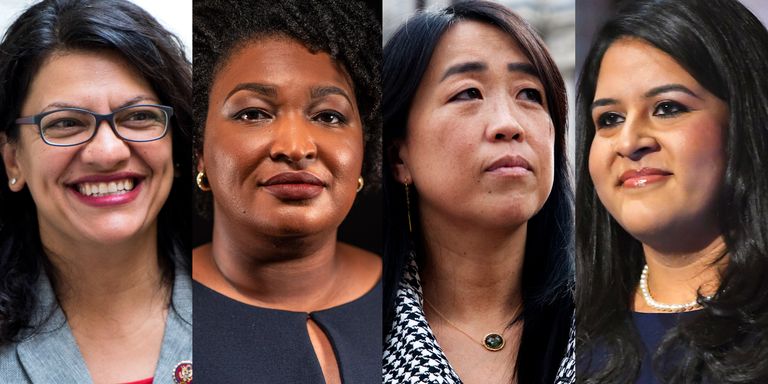 The 2020 election was a monumental event in the history of the United States for women of color. Women of color were known to be the most influential voters throughout the election week, awarding wins to candidates up and down the ballot. Women of color also made major wins in the fight for representation; four Congresswomen of color (Alexandria Ocasio-Cortez of New York, Ilhan Omar of Minnesota, Rashida Tlaib of Michigan, Ayanna Pressley of Massachusetts, and Deb Haaland of New Mexico) were all re-elected alongside dozens of new female candidates. Additionally, 91% of Black women voted for Joe Biden in the 2020 presidential election, becoming one of the groups most credited to his win. Many of these victories can be accredited to the many women of color who were frontline workers during the election and helped qualified voters get their voice out and vote.

One key leader was Stacey Abrams, who ran to be the governor of Georgia in 2018. After losing the gubernatorial race by 50,000 votes in 2018 to Governor Brian Kemp, she sat down for 10 days to plot her plan. While creating her plan, she created an organization called Fair Flight, which helps with voting rights. Her team began educating people about their voting rights and the election, increasing voter participation rapidly. She has registered around 800,000 people since 2018 to vote in the 2020 elections. Around 45% of these people were under the age of 30, and 49% of them were people of color. More than 5 million people had voted in Georgia and there were 1.2 million Black voters in that state. This led to around 92% of Black women voting for Joe Biden. Abrams told her followers that she could not do it all alone, but she had help from many people of color. Considering that Georgia has been a red state for the last nine presidential elections, it’s safe to say that she has dramatically changed the state’s politics. Many other organizations, such as The New Georgia, have been inspired by Stacey Abrams’s work and has already registered 500,000 Georgians for the run-off elections.

Another key leader in the 2020 election was LaTosha Brown, who founded the Black Voters Matter Fund. She ran for the State Board of Education in Alabama’s 5th district in 1998, but lost to Willie Paul by just over 200 votes. After the election was over, she received a call that 800 ballots were found, but could not be counted because it was too late. She was told to take legal measures, but she did not have the funds to pursue a lawsuit. Her fund, the Black Voters Matter Fund, attempts to build voter registration and turnout to grow ballot rights policies. The fund works in multiple states across the United States to help African Americans understand how much their vote matters and to help them register for voting.

On the whole, women of color had a significant impact on the 2020 election, effectively earning a victory for Joe Biden and Kamala Harris. Leaders, including Stacey Abrams and LaTosha Brown, believed in their rights as women and as US citizens. Their work has inspired others to make changes and to understand how important their vote is. Women of color will be known as the most influential people throughout the course of the 2020 presidential election.