How We Failed Breonna Taylor

Breonna Taylor was shot by police officers in March. They were only charged for the shots that missed. 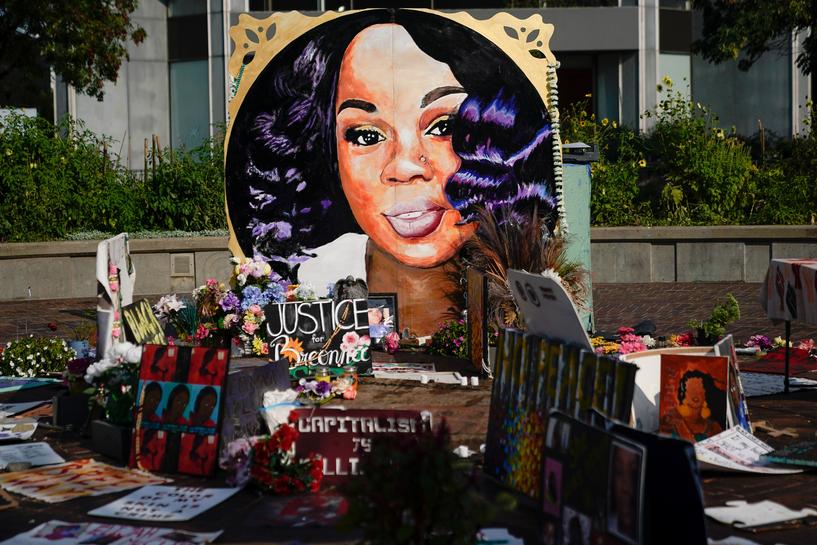 Breonna Taylor’s case has resurfaced and, in light of the recent release of official charges against Louisville police officers, once again sparked a nationwide protest. Taylor, a Black medical worker, was shot and killed in March by officers in her own home during a botched raid in the middle of the night.

The court has since been scrambling for an objective conclusion regarding the events that occurred. The three officers from Louisville Metro Police Department who were involved in the raid—Jon Mattingly, Brett Hankison, and Myles Cosgrove—asserted that they knocked several times and identified themselves as the police with a warrant before entering the apartment. Kenneth Walker, Taylor’s boyfriend, stated that aggressive knocking was heard at the door, but no response was heard when he asked who it was. Nearby neighbors also stated that the officers knocked but provided no identification. Upon the officers’ forced entry, Walker fired his gun once, which struck Sergeant Mattingly in the leg—a nonlethal wound that was fully expected to heal. This prompted the police to respond by firing several shots, which hit Taylor five times. Detective Hankison blindly fired ten rounds into the apartment.

A Kentucky grand jury’s release of the official charges from the case sparked nationwide outrage in September. The final verdict neglected to bring a single charge directly related to Taylor’s death against the officers who killed her. The single charge filed was of “wanton endangerment,” against Brett Hankison for recklessly firing into Taylor’s apartment as well as some neighbors’ residences. No charge was actually brought upon the officers for Taylor’s life.

Hankison, who pleaded not guilty, was the only one of the three officers involved who was subsequently dismissed from the force. He wasn’t held accountable for Taylor and was fired on the basis of demonstrating “an extreme indifference to the value of human life.” He also violated department policy that requires officers to have a line of sight when shooting, when he fired shots into the sliding glass patio door and window of the apartment—both of which were covered with blinds. Mattingly, who was placed on administrative leave, put forth in a statement via email, “I know we did the legal, moral and ethical thing that night.”

And maybe on paper, they might have. Kentucky Attorney General Daniel Cameron explained how the investigation concluded that the search was carried out appropriately with a warrant, stating that the officers were justified in firing their weapons on self-defense grounds from a legal standpoint. But Sam Aguiar, an attorney for the Taylor family, puts forth that compelling evidence was either overlooked or unaddressed, including issues such as discrepancies among crime scene photos. He told TIME that police reports and case files unreleased to the public, which specifically regarded the number of shots fired inside Taylor’s apartment and detailed an alleged pause between rounds, revealed actions that could not have been legally defended and would be grounds for greater prosecution and punishment under Kentucky law.

Taylor’s case and the devastatingly unsatisfactory results of an ensuing investigation have been referred to by many as indicative of the greater flaws within the criminal justice system. It’s been just one of many high-profile incidents of a Black death at the hands of law enforcement that has gone unaddressed or failed to receive justice. Activists and legal experts point out how the structurally flawed nature of the system has been created and upheld to negatively impact Black communities and individuals more on a skewed scale, particularly those in disfranchised neighborhoods with higher crime rates. Yet even amidst these circumstances and the current political rigor of the BLM movement, we see that rightful charges are rarely brought against officers. This problem affects the entirety of the United States—we need to see total structural reform.

Taylor’s mother said she had big dreams and had planned a lifelong career in health care after serving as an E.M.T. “She was a better version of me,” she stated, “Full of life. Easy to love.” Over half a year has gone by since her passing. The Taylors’ settlement will not bring justice.