Varshini Sathiyaseelan
and
May 11, 2021
in
COVID-19
Courtesy of Witf 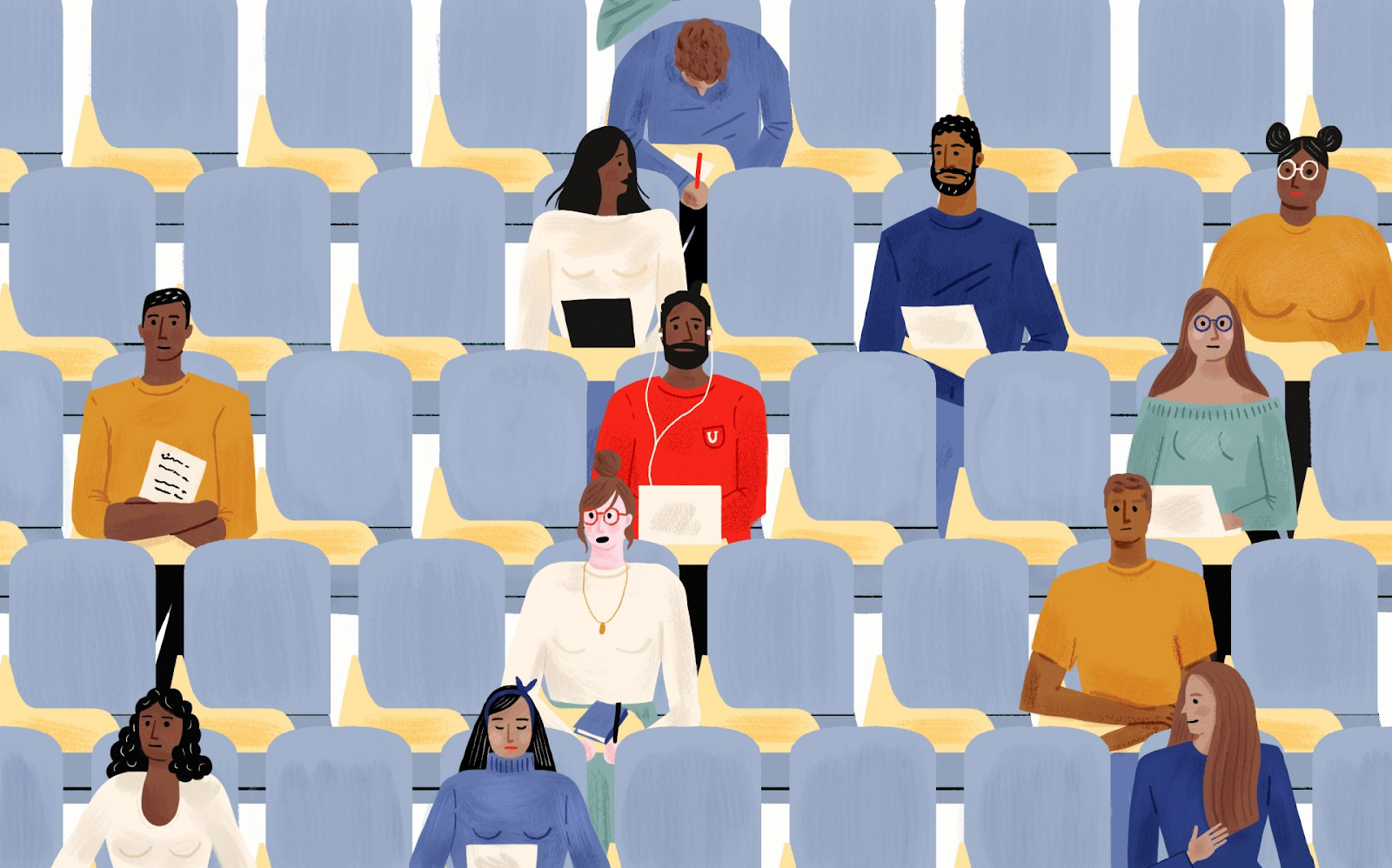 The COVID-19 pandemic has created unwanted turbulence for a variety of people across the world. While economies scramble to find their way up, the scientific world fights its own battle against heavy pressure to keep up with the ever-heightening demands for vaccines, alongside the pursuit to find other modes of protection against the evolving coronavirus, unemployment is rising and will likely continue to as the number of college enrollments and graduates drop. Low-income communities are taking the hardest hit of all.

Overall, higher education lost close to half a million students and college enrollments declined by 2.5 percent this fall, twice the rate reported in fall of 2019. It is devastating to see the community college system falling behind disproportionately. Hundreds of thousands of college students have been pushed to delay school or even drop out because of the burdens of the economic crisis. According to the American Association of Community Colleges, about one in five minority group students fall under the low-income category. With a pandemic added to their plate, their struggles are exacerbated.

In Tennessee, community colleges have lost about 10 percent of their total enrollment. Southwest Tennessee Community College, a two-year public school with seven locations in the western part of the state, has lost 19 percent of its enrollment in the past year, easily ranking as one of the most heavily hit out of the 13 community colleges in Tennessee. At Southwest, about 800 Black male students have paused their studies due to financial instability and forced to take up more jobs to cover their living expenses and look after their families. It is worth noting that the average age of community college students is 28. So many have reached their breaking points and chosen to put their studies on hold while they figure out how to get themselves and their families through troubling times. Such high numbers are extremely concerning and showcase the pandemic’s potential to permanently derail the educational paths of the low-income and minority students. Left unchecked, it could push the knife deeper at the already-existing educational and occupational inequalities within the populace.

It is only more disconcerting that the number of community college dropout rates were already at least 40 percent or higher before the pandemic, and will only climb from here. While the future is filled with uncertainty, we can be certain about one thing — it’s far too easy to push low-income students out of their educational paths. This ease is not just brought about by lack of interest to continue their studies, but rather a larger problem — financial instability. Even before the pandemic, low-income students were already put in a very challenging position, juggling academics with jobs, childcare, and even homelessness. Naturally, education was an easy compromise since they could channel that extra time into working more shifts or fitting a new job into their busy schedule instead of paying for tuition. Although federal and state grants are available for low-income students to attend community college tuition-free, many struggle to stay afloat in the turbulent waters of paying for basic living expenses due to a lack of job security.

The number of high school graduates going straight to college decreased by 22 percent this fall, driven mostly by a decrease in income. This, coupled with the decline in community college enrollment, paints the bleak picture that more vulnerable students are simply not going to college. This trend is especially worrying since the number of graduates who successfully make it out of college will likely decrease from here. This has serious implications for this generation of students and our national economy as it directly affects the educational and wealth gap.

It is an uphill task for colleges to encourage dropouts to re-enroll as many have been derailed from their college education path entirely. The pandemic’s disruption to education only serves to perpetuate the poverty cycle as it traps the financially disadvantaged within a loop of constantly striving to get a better-paying job, but not having sufficient educational qualifications. When the number of college dropouts in low-income communities increase, the number of those who fail to escape the vicious loop of poverty does as well. Being unable to join or continue college would leave them to remain stagnant and hinder their movement towards a better future for themselves and the generations to come.

For those who felt like they were headed toward something in college, the future still holds some hope as college budget shortfalls may be rescued with funds from the $1.9 trillion stimulus package signed this month by President Biden. Although attending college is not definitively the best path or a golden ticket to excel in life, it is still detrimental if people are completely deprived of their chance to choose. For many colleges, the aggressive outreach to students could be the opportunity to lure back the students to re-enroll and crank up the freshman entry rates back up and possibly close to what it was before the pandemic struck.