How the #MeToo Movement is Revolutionizing India’s Culture

The revolutionary #MeToo Movement has begun to purge India of the toxic patriarchy that has been embedded in its culture for centuries. 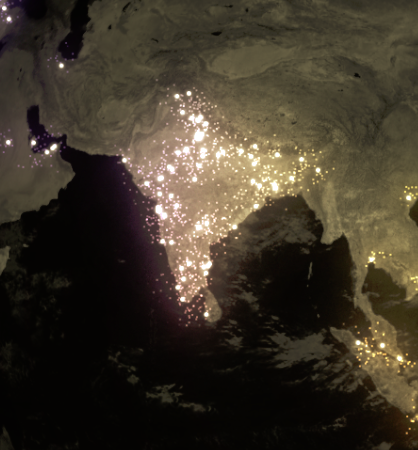 Over the course of the past month, the second wave of the #MeToo Movement has hit India in a blast. The first wave of the movement started in the United States over a year ago in response to accusations of sexual assault by powerful men in the entertainment industry. Alyssa Milano originally tweeted #MeToo and encouraged other women to share their experiences of sexual harassment to demonstrate just how prevalent this issue is. Emboldened by each others’ courage, this movement has rapidly spread around the world, blazing a clear trail in the path to women empowerment. It has even gained traction in India after actress Tanushree Dutta accused Nana Patekar of inappropriate sexual behavior on the set of a film they were shooting together. Since then, several other well-known personalities from the media, including MJ Akbar, Alok Nath, Chetan Bhagat, and others have been accused of a wide range of allegations from inappropriate sexual behavior to rape.

Uplifted by this movement, thousands of women have come together in support of victims. Google Trends’ #MeToo Rising (https://metoorising.withgoogle.com) provides users with a clear visualization of the #MeToo movement by mapping its trend across the globe. Users can interact with the model and see which parts of the world are lit up to represent locations where the majority of people are searching for #MeToo at any given time. The above picture depicts India as of November 10, 2018.

Recently, on October 16, 2018, MJ Akbar, who has denied all allegations, was forced to step down from his position in the government due to several accusations of sexual misconduct. This is the first concrete victory for the women in India. In truth, it is also a victory for women all around the globe. His resignation serves as viable proof of the success of the #MeToo Movement.

Considering India’s skyrocketing rates of sexual assault and its reputation for being the most dangerous place for a woman to live, this is nothing short of a revolution. In a culture where sexual harassment and abuse is normalized and downplayed, where the line of consent is blurred by male privilege and patriarchy, it takes an incredible amount of courage for a woman to accuse a man in power. Indian women are now rebelling against the societal norms they have so long been expected to conform to. And that is exactly why India’s #MeToo Movement is so inspiring. Especially in a male-dominant society, the bravery of one woman saying “me too” only encourages the next one to speak up.

This tsunami of a movement will stop at nothing short of revolutionizing India’s culture. India is finally on its way to purge the toxic male entitlement that has been showcased in the media and arts for decades. Social media, which was once used to shame outspoken women, is now used as a platform for women to tell their stories of abuse. Women are no longer willing to stay silent. Like their ancestors, they refuse to remain quiet and accept the ignorance of those in authority. For the sake of all the women of India, we must hope that they will finally be heard.

As a young woman with Indian roots, I am proud to be able to witness this historic moment that will shape future generations of women for decades to come.