Las Vegas recently implemented a new law that makes it illegal for homeless citizens to camp, lodge, or perform any similar actions in any public area of Las Vegas, until all beds in homeless shelters are filled. 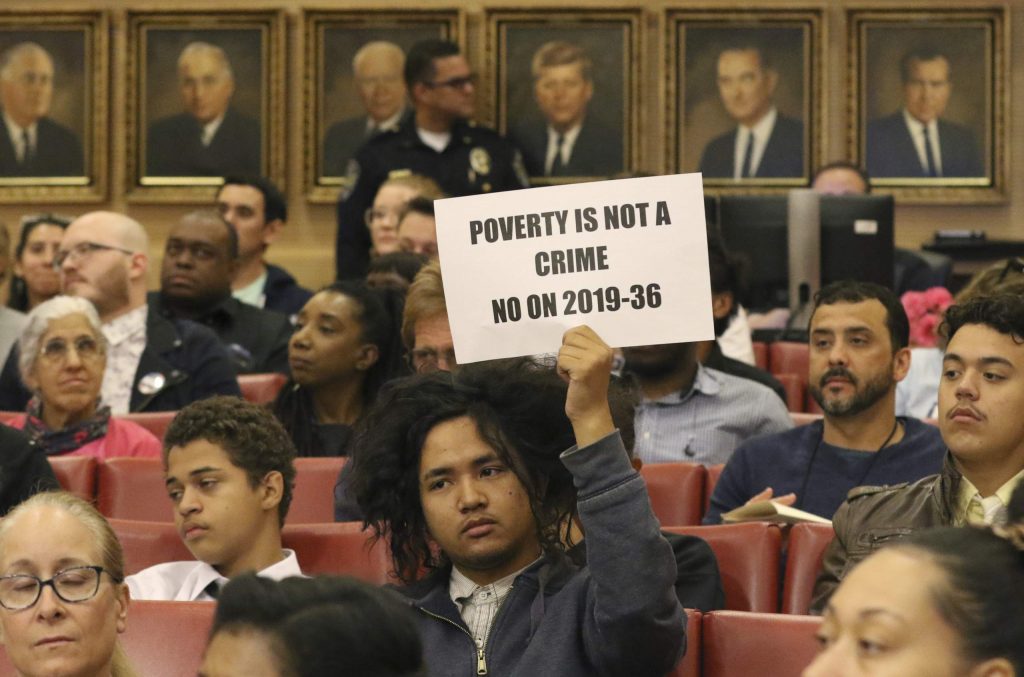 In November 2019, Las Vegas put a law into motion that altered the very foundation of their city. The new law makes it illegal for homeless citizens to camp, lodge, or perform any similar actions in any public area of Las Vegas, until all beds in homeless shelters are filled. The consequences for those found guilty would be up to 6 months in jail and a 1,000 dollar fine. The action of the law has brought much dissent from the public, protesters claiming “Poverty is not a crime. Housing, not handcuffs!” Although, City Officials have defended the rationality of the law, there are fundamental issues with this proposed solution.

As of 2018, 552,830 people within America were classified as homeless, and this number is only growing. Because wealth and homelessness have a linear relationship, the more wealthy a city gets, the bigger the gap between the top and the bottom, and therefore the population of people facing housing instability increases. So, prices go up, businesses lose resources, the pool gets smaller, and the cycle repeats itself, leaving the people stuck at the bottom, behind. This situation applies to Las Vegas, a metropolitan and social hub for those at many different places on the social ladder, the more it grows, the more poverty grows as well. Poverty leads to homelessness, and the two are not issues that one can simply overcome, but instead are a systemic flaw in our society that cannot be solved until we acknowledge that homelessness isn’t a characteristic, but it is a massive dilemma in our society.

The inherent fault within this law is that it doesn't really solve anything. By banning homelessness from the streets, you simply shield it from the public eye and don’t actually prevent homelessness. Shielding homelessness from the public eye only makes the Strip more ‘appealing’ but it fails to solve the systemic issue that prevents it from being that, there is no funding, no programs of aid, or any alternatives proposed that aren't existing. Not only this, but the ideology behind this law is flawed as well, in failing to propose an actual solution, it inherently blames poverty on the impoverished person.

The truth is, homelessness is a growing problem in America, as the wealthy get richer, the poor become trapped, but the responsibility lands on a flawed system, one from which the top reap the benefits and the bottom labor to work. It has reached the level that the only way to truly amend the issue is an effort from society as a whole. Create outreach programs to help the unemployed get jobs, fund the expansion of homeless shelters, or even create a curriculum that aids those in poverty. Incidents similar to Las Vegas will keep occurring without any concrete solutions, until we take responsibility for the systemic issues that exist today work towards ways to fix them, not as individuals, but as a society.